Was Arundhati Roy Really Misquoted By Pak’s UN Rep, Or Is This Leftist Spin? 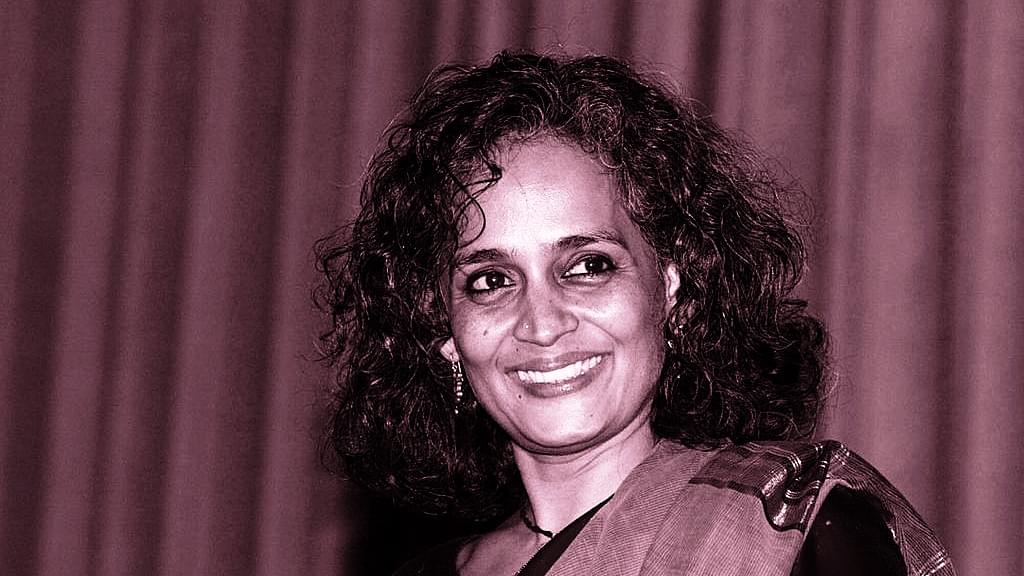 The Indian Left has mastered the art of converting even outrageous statements by the country’s internal critics into a tale of Left or minority victimhood.

A recent case in point began with a statement of Maleeha Lodhi, Pakistan’s permanent representative to the UN, who wrongly showed a picture of an injured girl from Gaza as someone from Kashmir. She quoted Arundhati Roy to castigate India’s policies as essentially murderous: “These horrific murders are only a symptom. Life is hell for the living too. Whole populations of Dalits, Adivasis, Muslims and Christians — are being forced to live in terror, unsure of when and from where the assault will come.”

The Wire, which is broadly to the Left of the Indian ideological spectrum, used a minor misquote from Roy to pretend that she was the victim.

In fact, the misquotation was substantially true to the original intent of Roy’s statement. According to The Wire, missing from Lodhi’s quotation of Roy were the words “of a deeper malaise” after the word “symptom”, and the word “millions” after “Whole population – millions of Dalits…”.

It is worth asking if Lodhi essentially misquoted Roy when the meaning of the sentence remains the same.

Consider Lodhi’s statement above and the full quote, which one has lifted from The Wire’s story verbatim, including the emphasis: “These horrific murders are only a symptom of a deeper malaise. Life is hell for the living too. Whole populations — millions of Dalits, Adivasis, Muslims and Christians — are being forced to live in terror, unsure of when and from where the assault will come.”

The publication commented: “By omitting ‘millions’, Lodhi took Roy’s arguments to another level and also provided fodder for those politicians and right-wing commentators in India who wish to tie her in front of an army jeep in Kashmir.”

This is disingenuous. Does the addition of the phrase “of a deeper malaise” make any difference when the word “symptom” itself implies an underlying malaise? Does the insertion of the word “millions” in any way reduce the impact of Lodhi’s statement that “Whole populations” were living in terror, when “whole” implies 100 percent, whether the total is in lakhs or millions or crores?

And how is the wild statement of a twitter inhabitant for tying up Roy to an army jeep representative of right-wing politicians or commentators in general?

In short, is the corrected version substantially different in terms of what Lodhi quoted Roy as saying? Or is this an attempt to paint poor Arundhati Roy as the victim of a misquotation, when Roy’s real crime is gross exaggeration of the situation in India, where Dalits, minorities and tribals are deemed to be victims of (implied) Hindu terror.

Try telling that to the victims of the Dhulagarh communal violence, or the Hindus in Kairana, who moved out of the area once the place became majority Muslim, or the pandits of Jammu & Kashmir, or the Assamese, or various Hindus in Kerala, who see themselves being reduced to a dhimmified minority in the next few decades as illegal immigration and changing birth demographics become real threats to tenuous Hindu majorities.

India is currently a dysfunctional state, where law and order is suspect due to the steady politicisation of the police force and corruption in the judiciary, where justice is denied by delay and vicarious application of the law.

Roy’s statement could well have added the words Hindus to “Dalits, Adivasis, Muslims and Christians” and it would still have some resonance.

For the Left, Roy’s over-the-top criticism of India and Hindus is central to its own narrative. Hence the attempt to paint Roy as the victim of a misquote rather than India itself.