[Watch] What Does The Future Of Journalism Look Like? Highlights From Raghav Bahl’s Chat With Swarajya 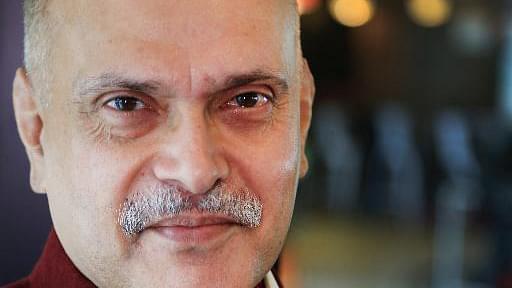 Raghav Bahl joined Swarajya for an hour-long chat as part of Swarajya Conversations in New Delhi, mid-December last year. The founder-director of Quintillion Media Pvt Ltd -- and someone who has had a long association with the news business in India -- spoke to Swarajya’s chief strategy officer Rahul Roushan on the theme, ‘Future of Journalism: Possibilities and Prospects’. Here are the highlights from his conversation, along with the video.

News is now a two-way street.

Journalism has changed fundamentally, says Bahl. It was linear until the early part of this century, a one-way traffic. Journalists produced content, and users consumed it. But with the advent of the internet and the smartphone, a two-way communication has emerged, changing the game entirely.

In contrast to how things worked in newsrooms back in the day, when communication was unilateral, editorial decisions today have to factor in feedback, response, reaction, and often corrections, from the reader, he adds. This has improved the discourse. The reader could be an expert on a subject and may be able to correct and provide the nuance to a topic.

Today, Bahl says, a lot of news starts like it used to, but then it takes its own trajectory. News breaks on social media, and then journalism takes over.

Bahl believes that traditional media is still a bastion of credibility. For information to be credible, he believes it has to pass through the filter of a value system, which a news organisation provides.

Today, if you want news and information distilled through that value system, which brings authority, credibility, believability; that is the thing a platform brings. Otherwise it’s a cacophony out there. Out of that cacophony, if you want filtered information which you can believe, that’s what today the big news brands stand for. That’s why readers go to platforms. Otherwise readers don’t have to go to platforms at all.

Even in the digital age, a brand can sustain itself if it follows the core principles of journalism, says Bahl.

At the end of the day, you still go for a brand that you can trust. You still say, let me check with the BBC...if you’re getting a lot of conflicting noise around you. So if a brand wants to live with the values of journalism, it will not go down.

Advocacy or opinion have not replaced neutral news reporting.

Bahl believes neutrality is still critical, especially in the case of reporting. Advocacy or opinion has always existed, but now it has been amplified because of technology. “People herd into echo groups,” and the “louder you shout, the more polarising you are”. Bahl says that’s a function of the technological platforms we engage in.

Advocacy or opinion have not replaced neutral news reporting. They’re just so overpowering in their sound today that it seems like they have obliterated neutrality. There can still be bias in writing, but with credible journalists, their analysis is still fair and objective.

I think there is a melting pot in India today.

On ideological bias, Bahl says the flavour of the day is the Right. But these things are like pendulums, he adds. “There is nothing stopping the pendulum from swinging back.”

He goes on to say that there is a melting pot in India today. And not just India, but in Europe and America as well.

If the Republican party can stand for isolation and protectionism -- the original free-traders are today saying protectionism is good for America -- then you know that ideologies have broken down.

It’s a transitional phase, a very reactionary phase...a new equilibrium will be found. The definition of Right and Left is redundant. A new ideological underpinning to both will come about.

A new business model for journalism is emerging.

In print, business model was earlier decided by news, says Bahl. But now there’s competition in the TV, radio, digital space. The natural monopoly has broken down, and a new model is emerging.

Every time the mode of dissemination of news has changed, the mode of financing that dissemination has also changed. It used to be the column centimetre in the newspaper. When you reached the age of TV or radio...the nice, attractive 30-minute commercial was born. And that created revenues for TV. Now that you’re on a small screen and you’re on a two-way screen and you’re globally seamless -- with the click of a button I could be watching something happening in America or Bangladesh -- newer forms of advertising are now going to emerge, something relevant to this medium.

Bahl believes native advertising is one form. If you can run a 30-second commercial which is also trying to portray news, and as long as the viewer can distinguish between commercially-supported information and commercially-independent information, what form the content takes is not relevant. The relevance comes from the medium.

...on this small screen, the only thing which is going to be relevant is native content. Branded content is where it’s going to all go. And a body of principle and ethic will develop around it. This will have to be compliant with the principle of journalism; that is, that news, information, opinion will be uninfluenced. And when it’s a commercial message, it will be fully disclosed to the reader.

With respect to generating revenue in journalism, Bahl speaks about the “buzzword” for 2016, “service journalism”, also called “product journalism”.

There’s a lot of talk of service journalism or product journalism. It will evolve to that point... where you’ll be able to embed products and services in a news feed and be able to transact...the Amazonisation of news. (But) for the foreseeable future, the business model will stay ad-supported. If it’s extremely premium content, then subscription-supported.

Bahl points to the ‘Buy’ button that both Facebook and Twitter have spoken about as an example of “transaction revenue”. He says this is perhaps a couple of years away, but will certainly happen.

...news and information can start getting transaction revenues, which newspapers never could, TV never could (except home shop messages), but here it (digital) becomes native to the experience. It will happen, but it’s two years away.

Virtual reality is the next thing.

The moment they make virtual reality (VR) easier, why would you not go for an immersive experience, asks Bahl, adding that VR is virtually here already. Some challenges, like the accompanying dizziness, need to be resolved in order for VR to be adopted more quickly.

Imagine watching a live cricket match as if you’re on the field?

Global distribution of content at fraction of the cost

The “seamlessness of digital” always comes up while discussing the internet, says Bahl. But what never or very rarely receives attention are the advantages; cost of distribution -- virtually zero; footprint of audience -- global; and so the cost of content which reaches a global audience is “much lower than what it would be in a walled newspaper or television environment”.

The opportunity lies here, Bahl adds, where you’re distributing the same content at a fraction of the cost to a global audience. But even here, legacy medium scores over a purely digital platform.

I do believe that legacy medium will have greater advantage over the pure play digital player. To have a ready-made audience base which you can convert to digital is so much easier.

If there was only one point of view, you’d be living in a monochromatic world.

On an audience question about the excessive noise on the internet and the need for plain reporting, he says,

There’s a hell of a lot (of noise) out there, but you’d rather have plurality than have a situation where you’re force-fed one particular point of view. If there was only one particular point of view, you’d be living in a very monochromatic world. But that’s the nature of the beast. Almost everyone’s got an opinion. And you have to exercise your discretion in what you believe is intelligent opinion or not.