WFH Is Biggest Covid Gain: It Is A Jobs Accelerator And Can Boost Women’s Work Participation Rate 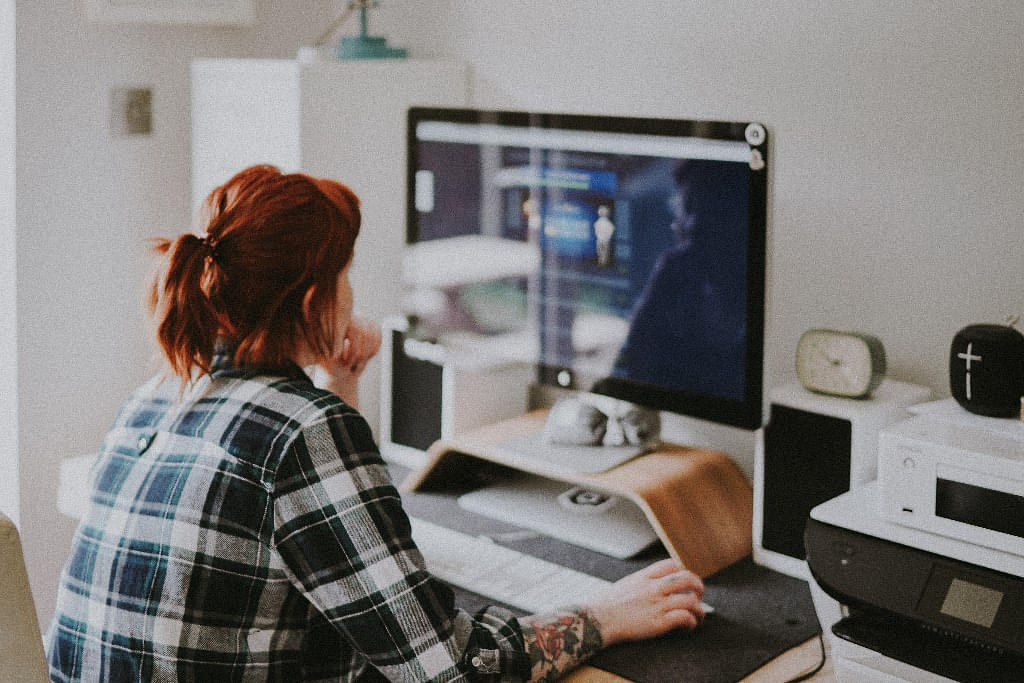 One of my all-time favourite quotes from Peter Drucker, perhaps the best-known management guru ever, is this one from the Harvard Business Review’s 1997 edition. Wrote Drucker:

“In human affairs - political, social, economic, or business - it is pointless to try to predict the future, let alone attempt to look ahead 75 years. But it is possible - and fruitful - to identify major events that have already happened, irrevocably, and that will have predictable effects in the next decade or two. It is possible, in other words, to identify and prepare for the future that has already happened.”

Post-Covid, and even before Covid, we knew that technology and technology-enabled businesses and services, including social and public services, were already with us.

What Covid did was accelerate the future that was already visible and with us. What we never thought of as a viable option for the future of work was work-from-home (WFH). Forced to work from home over the last 10 months, most businesses have learnt that coming to work is no longer a necessity for the vast majority of employees. In any case, not every day.

And it is not only about digital or software services; even healthcare and education, not to speak of some light forms of manufacturing, can be done from home. From packaged food to garments, these WFH options have always existed. It is now time to make WFH the way to flexible job creation, even if it is only gig work or contractual and seasonal in nature.

The larger social and economic advantages of making work-from-home a universal right wherever it is feasible (obviously a Swiggy delivery boy cannot work from home, but his supervisor monitoring his activities and feedback can) cannot be overstated.

For one, it would reduce the enormous pressure we put on public and private transport, not to speak of the time spent in commuting. Additionally, enabling WFH for all people, and for both genders, will take away the handicap women face during pregnancy or in undertaking childcare and eldercare work. It will level the employment disadvantages they incur in a patriarchal world.

Large parts of the work now done in offices – the administrative and human resources functions, to name just two – can easily be done out of home, with people meeting only on certain days of the week for discussions.

But it is important to emphasise that WFH is not a substitute for workplaces and face-to-face interactions with co-workers. It is complementary. As social animals, we cannot – and should not – do all our work out of home even if that is entirely possible.

Once WFH is allowed for all jobs that can be done as well from home as at workplaces, costs to businesses will fall. The possibility of companies employing more women rise, and men too can share part of the care-giving roles that only women have done so far.

India’s female work participation rates are abysmal. They were just around 9-11 per cent (versus 68-72 per cent for men) in September-December 2019, according to the Centre for Monitoring Indian Economy (CMIE). I have used these old figures for they have not been distorted by the Covid impact on formal and informal employment, but the situation is unlikely to have changed much since then.

This is poor even by third world standards, and shows the price women pay for being default homemakers and care-givers. Outside traditional stomping grounds like healthcare, education, garment-making, domestic work and cooked food services, women are poorly represented in most workplaces.

The traditional approach to empowering women has actually ended up making things worse for their employability. For example, in 2017, the Narendra Modi government legislated six months of pregnancy leave for government and organised sector employees. But this seemingly pro-women law makes employers even less likely to take on women workers.

Other bad ideas include one to pay women for housework, with Congress MP Shashi Tharoor favouring the idea. The problem, however, is not the lack of payment for work that women may anyway not mind doing. It is about the patriarchal attitude that any unpaid work is somehow not “work”.

The assumption is that any work done from home is not really important. WFH directly attacks this attitude even while making it possible for men to share house work and childcare responsibilities. WFH, like paid childcare leave, makes sense only when both genders are entitled to it.

Yet another debatable idea is the one about giving women special menstrual leave every month. This is not, for one minute, to deny that many women face painful periods, and need leave or comfortable places for rest and recuperation in workplaces.

But the point is this: the more you try and think of offering special favours through legislation, the more the handicaps you are placing on their employment chances. WFH makes both rest and leave an option that women can choose whenever they want.

In early January, the Labour Ministry made changes to its standing instructions that formalised WFH for IT and other services. Actually, it should make WFH the norm in all sectors that are capable of offering this option. In the new gig economy that is already with us, this is the way to boost livelihoods and reduce costs all around. WFH is the biggest opportunity we have ever had to move away from gender-based stereotypes about work.

WFH is the wave – a future that’s already happened – that is waiting to explode. Our laws should enable it rather than make bureaucratic changes that hinder its spread.

The only area for regulation is a ban on doing hazardous work from home. And yes, workers who handle sensitive private data and are privy to corporate secrets, should be regulated and monitored, with high penalties for violations.