What The Government Must Remember Before Starting Yet Another Welfare Scheme 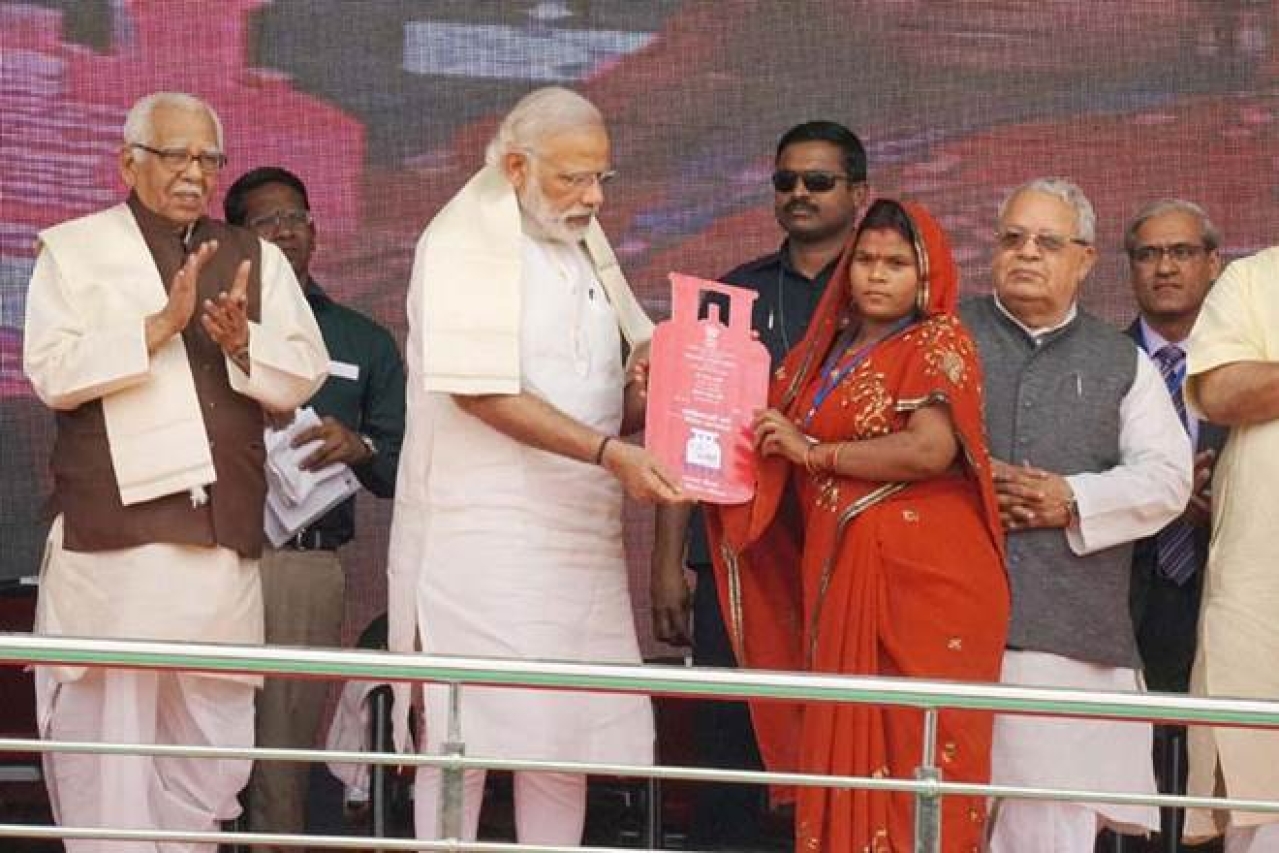 A Scheme For A Dream

From their sheer number and descriptive names, it appears as though each passing thought of Prime Minister Narendra Modi materialises into a scheme. Like “let there be light in every home” – and there was Pradhan Mantri Sahaj Bijli Har Ghar Yojana. “Let us have at least one digitally-literate person in each household” – and the Pradhan Mantri Gramin Digital Saksharta Abhiyan came up. “Even the common man should be able to undertake air travel” – abracadabra... Ude Desh Ka Har Nagrik (UDAN). So, we see literal capturing of dreams and their conversion into schemes. Collectively, and written as prose, they would basically be Modi’s idea of a dream India.

The Modi government’s ambition for transformation may be the driver of 90-odd yojanas (schemes), announced since he came to power in 2014. The reality, however, is that a large number of these schemes ends up in not being taken seriously, according to status of implementation of budget announcements. The other serious problem is of implementation, that too, simultaneously, according to the status tabled in Parliament by Finance Minister Arun Jaitley.

Now, the rationale behind these yojanas is simple: Since overall growth and increase in wealth have not had trickle-down effect and have failed to address the well-being of the people, it is better to directly address welfare, which, in fact, may become the engine for growth. These schemes empower people at the grassroots level and also make their lives simpler, and some examples of such excellent thinking are: Sansad Adarsh Gram Yojana, schemes for the north-east region, and the recent mega healthcare programme.

But, just as growth has not had an automatic trickle-down effect in India, so motivation and energy at the highest levels cannot be assumed to automatically trickle down.

Yes, at the central government level, each scheme does have the backing of planning, with details out on websites, guidelines, online application forms, etc. Yet, apart from a few flagship schemes like Pradhan Mantri Ujjwala Yojana, Swachh Bharat and Beti Bachao, Beti Padhao to name a few, most have not reached or resonated with the masses.

Could one reason be the sheer number of schemes intimidating and creating confusion about people’s priorities: do they want to fly first or do they want to take a loan and start their business? Would they want to learn to operate the computer or would they rather concentrate first on getting their toilets built?

Also, do they – and also, states – share Modi’s zeal for transformation? Apparently not. They take doles as long as they come, but are inertial about making changes in their way of living, operating and their mindsets. The Ujjwala scheme to provide concessional LPG connections, could be termed a huge success, providing more than 3 crore connections to the deprived. However, after the initial freebies, people were unwilling to shell out the Rs 400 plus amount for refilling and went back to using firewood as the mainstay fuel. The recurring expense apart, refilling also take more than two weeks, owing to a shortage of distributors. So, lack of both a demand-pull as well as supply-push.

The Government’s Own Implementation Status Of Budget Proposals 2017-18

This part of the budget reveals, and is testimony to the fact, that announcement of schemes by itself doesn’t mean anything. For instance, consider the Deendayal Upadhyaya Antoyoday Yojana – National Rural Livelihood Mission (DAY-NRLM), for promotion of skill development and livelihood opportunities to people in rural areas. According to the budget announcement for 2017-18, allocations under this scheme had been increased to Rs 4,500 crore.

But the status of implementation is vague: “the allocated funds will be utilized over a period of time as per the prescribed guidelines of DAY-NRLM”. It talks about “stress has been laid” on certain issues; it lists “several initiatives that have been undertaken”, and then talks about another yojana launched within the yojana – the Aajeevika Grameen Express Yojana. Interestingly, the government has not release any data to suggest how many people have benefited from such schemes.

Another example is the Deendayal Upadhyaya Gram Jyoti Yojana for 100 per cent village electrification by 1 May 2018. Claiming initial success, an increased allocation of Rs 4,814 crore had been proposed under the scheme in 2017-18. But in the status of implementation, the success part is elusive, it only says: “Deen Dayal Upadhyaya Gram Jyoti Yojana is an existing ongoing approved scheme of Ministry of Power. The continuation of the Scheme beyond 12th Plan will be obtained as per normal instructions applicable for continuation of any other Scheme.” The plethora problem is also showing up in duplication: the Pradhan Mantri Vyay Vandana Yojana that came into existence in May, and Varishtha Pension Bima Yojana in 2014-15, are both pension schemes for Indian citizens aged 60 years or above. Even website owners, who explain the benefits of schemes are not sure about the difference. Why this matters is that they form a part of the public, that too the educated public, who in turn make others aware. The Rs 6,000 pregnancy aid scheme – now rechristened the Pradhan Mantri Matru Vandana Yojana – was also supposed to be a rehash of an earlier scheme launched by the United Progressive Alliance government.

For an already inertial governance set-up, managing these multiple schemes can be a horror. We are all aware of the abysmal levels of governance at the district and lower levels, along with the menace of corruption that immediately precludes benefits reaching the targeted beneficiaries.

For the schemes to work, there need to be trained and genuinely sincere personnel on the ground to link people with administration of these schemes. Until that crucial link is put in place, the list of schemes will read like little more than the wish-list of a runaway 'welfarist'.

Last but not least, the willingness of the states to adopt the measures. According to the budget document, for even a hot and urgent subject like agriculture sector reforms, only 16 states sent their representatives to a meeting. The states "are constantly being urged to adopt the reforms in letter and spirit.”

Similarly, the progress has been tardy in the PMAY (Pradhan Mantri Awas Yojana): as against the target of one crore houses by 2019, 51 lakh by March 2018 and another 51 lakh by March 2019, the implementation status says that only 12.60 lakh houses have been constructed. Budgetary allocations have been released to states, workshops are being conducted to push them, suggesting measures to implement reforms, introducing technology and so on, all that would enable the construction process to pick up steam. Some states like Maharashtra have taken proactive steps like putting a second nodal agency in place, realising the inability of the housing development authority (MHADA) in completing this humongous task alongside its other tasks. In three years, Maharashtra only had 10 per cent of its target met. Housing, it must be remembered, has contentious issues like land rights, rehabilitation of slums and so on.

What kind of scheme could possibly stir and galvanise states into action, and converge their strategies with those of the central government?

What Can Be Done

While the good governance measures catch up – like linking the gram panchayats online, the Digi Gaon initiative and the Sansad Adarsh Gram Yojana – what can be done in the interim?

One, could involving retired army officers, with their skills in organising, coordination and leading teams as well as their patriotism be an option here? As per Army Welfare Placement Organisation figures, about 1,200 officers, aged around 50 years, retire from the army every year, and their services can be utilised to expedite processes.

Can we instead combines these all into single centres of excellence per district?

Three, schemes already launched must be followed up by action and fool-proofing to the last detail and logical end. If the Ujjwala Yojana for instance, has supply-side constraints, this results in cynicism and falling faith in government’s promises. Or if the promised skill enhancement programmes do not take off as promised and/or do not result in increased employment, it is sure to create discontent. Dashed hopes are the worst breeding ground for resentment and rebellion, and lend themselves to exploitation by anti-national forces. This the present government must remember.

It is better not to announce any more schemes. Except maybe for an Ashwamedha Yagya Maha-pariyojana to deal with the confusion unleashed!

P.S. On second thoughts, Ashwamedha Yagya Maha-Pariyojana is not a bad idea. This horse sacrifice was conducted by kings to establish their supremacy over their territory, and for well-being of the populace. The horse (ashwa) subtly represents muscle power and medha is intellect. Thus, a ritual that combines the two would result in the betterment of the nation through illumined thinking and dedicated endeavours. That may indeed, be the need of the hour!