When It Comes To Helping The Poor, An Arbitrary Government May Be Better Than A Democratic One 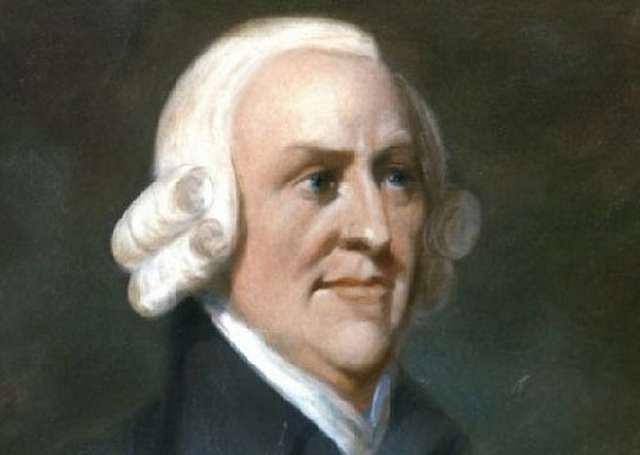 Who has read Chapter 7 of Adam Smith’s, Book IV in The Wealth of Nations? It is an unusual chapter, located towards the end of the book (Book IV) that deals with the systems of political economy, more exactly with mercantilism (and physiocracy briefly at the end), and discusses at great length mercantilist trade policies of European empires from Portugal to England. It is no surprise that Smith has very few nice words for imperial policies, including ban on production of goods that may compete with metropoles’ production (like the famous case of steel in North America), prohibition of direct exports to other markets than metropole’s, and obligation to carry trade using metropoles’ ships (the Navigation Act). Smith is even more scathing about merchant companies, the two famous East India Companies, the Dutch and the English (“The government of an exclusive company of merchants is, perhaps, the worst of all governments for any country whatever”).

The chapter “On colonies” is the second longest chapter in the Wealth of Nations. In the edition I was using, it has more than 100 pages which is about 8 per cent of the entire book (the whole book is about 1,200 pages long in the same edition). Having been written in 1774, it spends considerable time on North America and the “disturbances” that were brewing there. As is well known, Smith was right in both seeing the inevitability of American secession and in forecasting the great future for the continent.

But he also presented a ledger where the British expenses on behalf of American colonists were much greater than what Britain received in return (“under the present system of management, therefore, Great Britain derives nothing but loss from the dominion which she assumes over her colonies”) — and this despite discriminatory trade policies mentioned in the previous paragraph. He explained British stubbornness in not granting independence by pride (“No nation ever voluntarily gave up the dominion of any province, how troublesome so ever it might be to govern it, and how small so ever the revenue which it afforded might be in proportion to the expense which it occasioned”) but also, and importantly, by the economic interests of the English elite that, unlike ordinary people, did benefit from colonies: “[granting of independence] is always contrary to the private interest of the governing part of [a nation], who would thereby be deprived of the disposal of many places of trust and profit, of many opportunities of acquiring wealth and distinction, which the possession of the most turbulent, and, to the great body of the people, the most unprofitable province seldom fails to afford”.

This Smithian sharp distinction within the metropole between the interests of the elite and the rest of the population is something that Thomas Hauner, Suresh Naidu and I use in the forthcoming paper on the world prior to 1914 to argue that the imperialist expansion in the 19th century was driven by the narrow interests of the metropoles’ rich, that is, by the people who disproportionally owned colonial assets which provided them with returns superior to what they could have obtained at home. Now, we can “rope” in Adam Smith to our case, in a foundational book on political economy written more than a century before the period we discuss. (We do not quote Smith in the current version of the paper but might decide to do so in the next.)

Overall, Smith comes to the conclusion that British colonies are treated better than any others, but in one very important respect he qualifies this statement. It is in relation to the treatment of slaves. There he makes an interesting, and I think not sufficiently appreciated (at least I have not seen it mentioned), observation. More democratically-governed colonies (like the British) treat slaves worse because the elite which, in a system of oligarchic republicanism, controls the levels of power is reluctant to punish its own members who are particularly brutal towards slaves. An authoritarian or autocratic state however has less compunction about punishing members of the elite whose behaviour is especially outrageous (even if the state does not care much for the welfare of slaves as such). Here is the full quote from Smith:

In every country where the unfortunate law of slavery is established, the magistrate, when he protects the slave, intermeddles in some measure in the management of the private property of the master; and, in a free country, where the master is perhaps either a member of the colony assembly, or an elector of such a member, he dare not do this but with the greatest caution and circumspection. The respect which he is obliged to pay to the master renders it more difficult for him to protect the slave. But in a country where the government is in a great measure arbitrary, where it is usual for the magistrate to intermeddle even in the management of the private property of individuals, and to send them, perhaps, a lettre de cachet if they do not manage it according to his liking, it is much easier for him to give some protection to the slave; and common humanity naturally disposes him to do so. The protection of the magistrate renders the slave less contemptible in the eyes of his master, who is thereby induced to consider him with more regard, and to treat him with more gentleness.

That the condition of a slave is better under an arbitrary than under a free government is, I believe, supported by the history of all ages and nations.

Smith’s lesson here has broader applicability. An oligarchic democracy may be worse for the poor than an arbitrary government. A state, relatively autonomous from the elite, may care more about the “general interest” than an ostensibly democratic government that is in reality the government of the rich. Smith highlights, I think, in both his discussion of social cleavage in interests when it comes to colonies and in his discussion of slavery, the ambivalence of the connection between the state and class. In more democratic (but exclusivist) settings the state may be less autonomous and more directly “hitched” to the interests of the ruling class. In an autocracy, the state may be less subject to the power of moneyed interests, and more concerned with the position of the poor. Our facile and somewhat lazy approach that more democracy implies a greater concern or improvement for the poor is shown here, by the founder of political economy, to be possibly — at times — wrong.

This article first appeared in globalinequality and has been republished here with permission.