Why Imam Tawhidi Believes That Islamophobia Does Not Exist 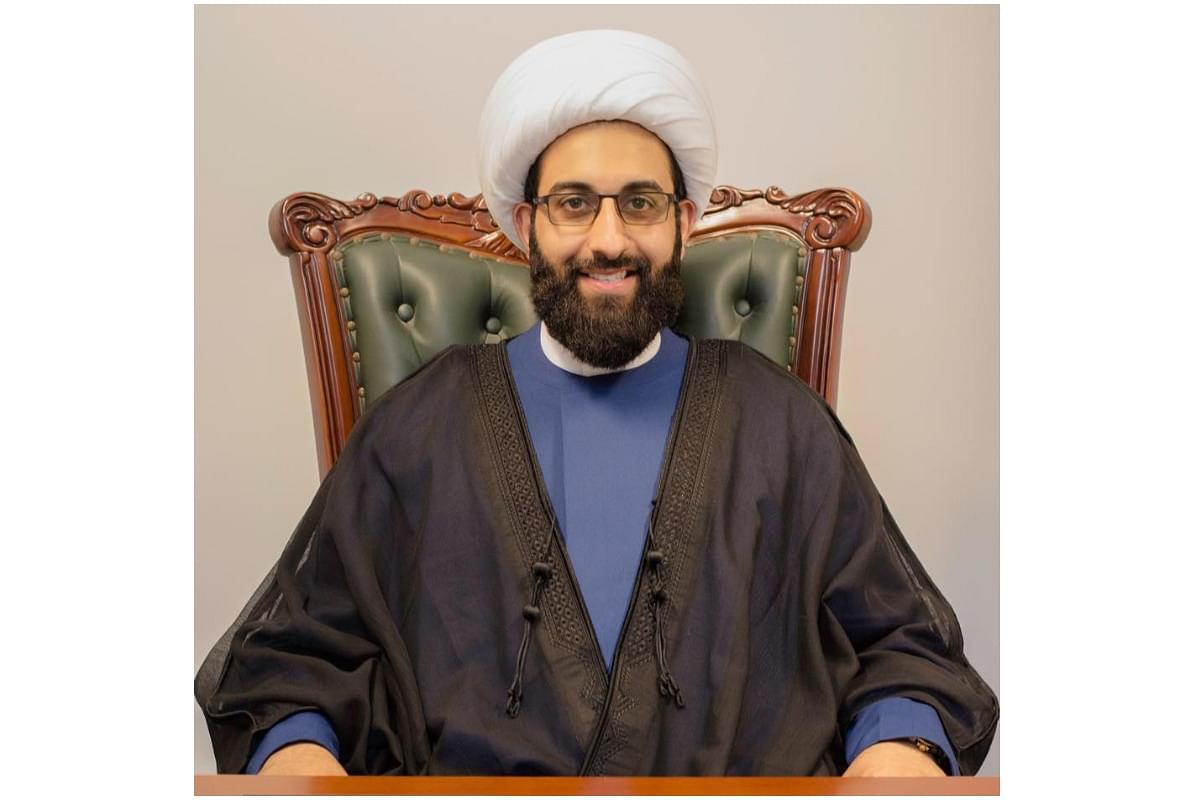 Imam Mohamad Tawhidi, popularly known across the world as the Imam of Peace, was recently in India to attend the Arth Culture Fest. A third-generation Iran born Australian imam, Tawhidi has been actively campaigning for social reform within Islamic societies since 2014. His 2018 book, The Tragedy of Islam, Admissions of a Muslim Imam became a national bestseller in Australia within six hours of going on sale on Amazon. His activism against extremist elements has earned him a nomination for 2019 Australian of the Year Awards. Tawhidi exclusively spoke to Swarajya on a range of issues including Islam, India and Prime Minister Narendra Modi in New Delhi.

You were born in the holy city of Qom. Then what made you disassociate yourself from Iran, which is widely regarded as one of the important centres of Islam?

I was born in Iran, in the holy city of Qom. My family migrated to Australia in 1995. I returned to Iran in 2007 and began studying Islam. Later on, I found out that I was being taught extremist ideologies. I disassociated myself from the regime and I moved on to preach peace in the West.

You have often emphasised in your other notable interactions that Prophet Muhammed’s life was essentially about preaching peace and universal brotherhood. Then how come the religion has become a political tool, today?

All prophets come to spread peace and people believe in them because they come with that agenda. Islam became a political tool because of the man-made aspects that changed the whole religion. That’s how it became a political religion. Man-made aspects mean that religion changed from succession to kingship. The caliphs became kings, which was a man-made concept. We don’t have kings in the religion.

However, you have also stated that religious reformation is not the answer.

Right, I believe in social reform and not religious reform. I don’t believe that a religion can be reformed because reformation is man-made, while Muslims only believe in what comes from god.

And how can that social transformation be brought about?

You have also said that the concept of “moderate Muslims” is often misunderstood. Why do you say that?

As a moderate Muslim could also mean someone who supports Saudi Arabia, Iran or Hezbollah, I don’t believe in the term. I believe in the term “peaceful Muslim” who does not support Saudi Arabia, Iran or Pakistan. Like, you can’t be a moderate and then also support the Inter-Services Intelligence (ISI). That doesn’t work or make any sense. You don’t want to kill me but you want ISI to kill me. That’s not being moderate.

But in your struggle to achieve universal peace since 2014, there were times when you were taken off popular social media platforms like Twitter and Facebook. Do such bans make the extremist elements powerful?

Of course! Silencing me is a service to the extremists. You make them victorious and happy. For, basically that is what happens when you silence someone like me.

How justified are accusations by a section of the intelligentsia and prominent Muslims about the rising tide of Islamophobia across the world?

What would be an effective strategy to counter that fear?

Intelligence and government policies against the extremists.

In the last couple of years, there are reports of large-scale protests against the theocratic regime in Iran by, especially women. How do you perceive this development?

The Iranian regime is a terrorist organisation. They are thugs that should be overthrown. The people have every right to protest against them.

Islam as a religion is now nearly 1,500 years old. What stage is it in its evolution in your point of view at this point in time?

What were the other tipping points in the religion’s evolution?

The two denominations, the Sunni Islam and the Shia Islam have evolved differently. Their rulings have evolved, their jurisprudence has evolved. The beheading that is allowed in Saudi Arabia is not allowed in Dubai, Kuwait or Oman. This is one way that Muslim societies have evolved.

So, how would you describe Islam?

Islam is a religion like any other. It wants more adherents and believers, and it has both good and bad followers.

Do you believe in the concept of universal ummah?

No! If I am an Australian citizen or an Indian citizen, then my loyalty will belong to Australia or India. If I am sitting here and the mufti in Mecca asks me to attack my country, I am not going to listen to him. The one Muslim ummah means that we all belong to one Muslim nation and if something happens in the East, the West needs to answer. No, I don’t believe in that!

In the last 10 years, one finds an increased adoption of Middle Eastern symbols like hijab among Indian Muslims. Would you consider that as radicalisation?

It is not radicalisation, and hijab has nothing to do with Islam. Hijab is not an Islamic symbol. Hijab existed in Mecca before Islam. Mary, the mother of Jesus, wore hijab. The wives of the prophets Moses, Daniel, Jonah, John, Zechariah and Ismael, they all wore hijab. The wives of some kings wore hijab. Some Orthodox Jews wear hijab till today. Therefore, hijab has nothing to do with Islam. It’s just a culture in the Middle East that spread. Let me, therefore, rephrase that hijab was not introduced by Islam.

Around the time of your India visit, a few popular Muslim platforms on social media accused you of being a Zionist and an agent of MI6.

What is your own message for India’s Muslims?

You have also spoken on how the cow is sacred to Hindus and why Indian Muslims must respect that belief.

They should respect the belief because it is the belief of the majority of the nation. If the majority is offended because of a cow being slaughtered, then the cow should be respected. It is as simple as that! In Australia, for example, kangaroos don’t get killed just like that on the streets. There are animal rights organisations that protect the kangaroo. Certain animals like the possum are protected in certain states. Nobody can touch them. You can’t even relocate them because they are a protected species.

In your lectures to students, you often use verses from sacred Islamic texts to elucidate your message. Can you share with us?

You have also said that though the concept of Pakistan was a bad idea from the very beginning it worked out well. That’s an interesting observation.

Some bad ideas work out really well and go on to develop into even worse ideas. Pakistan is a failed state. A bad idea being successful means that it is successful because it’s a really bad idea. That doesn’t mean it’s good.

What can the Middle East, that is today considered to be perhaps the world’s most volatile region, learn from India?

The last four years have witnessed a lot of debate around so-called “Islamic practices” such as triple talaq and halala. Do you think they are still relevant in a civil society?

Is there anything else that you may like to add?

Yes, vote for Prime Minister Narendra Modi because I support him! I support his strengthening the economy, wisdom in foreign policy, his pride in his country and his stance against terrorism. I support him because he is a strong man.

But Prime Minister Modi and his party are often accused by their critics of spreading intolerance.

Accusations mean nothing. If you have facts, tell me. If you don’t have facts, I’m not interested! Accusations or allegations, I don’t care about them for I like facts.