Why Is There So Much Fuss About The RSS Invite To Pranab Mukherjee? 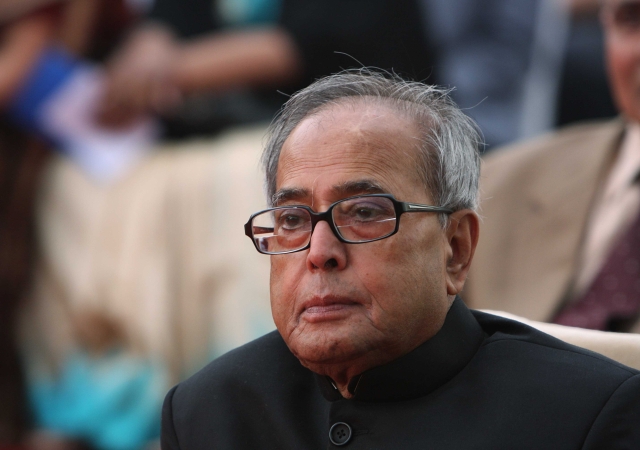 Former president of India, Pranab Mukherjee, has accepted an invitation from Rashtriya Swayamsevak Sangh (RSS) to address the valedictory session of the Tritiya Varsh Varg, a three-year course, conducted by the organisation to train its karyakartas (workers).

The invitation for Mukherjee reflects the measure of openness of the RSS leadership to hear new and opposing ideologies. Over his five decades in public life, Mukherjee was known to have expressed his views without fear. Perhaps, he is very patient and tactful, some would say, a bit too patient and rather too tactful that more often than not, the very essence of his message is diluted. But without his well-known patience and tact, it would not have been possible for him to have survived for so long in the Congress party, and served the nation so illustriously.

Mukherjee demitted office after serving as the head of two administrations - significantly the Narendra Modi-led National Democratic Alliance (NDA) government with so much goodwill and grace that he is now widely regarded as a statesman. RSS could not have been unaware of the risk of inviting the former president to address its young karyakartas as the former president could say things, which may not go down well with the organisation’s thinking. The RSS invitation to the former president was, therefore, an invitation to the Congress party and the Left establishment to engage with the organisation in the national debate.

Never before has an invitation to one man to speak, caused so much consternation in so many people. The invitation has set the cat amongst the pigeons. Aided by its complete media and institutional capture, the well laid out strategy of Congress to demonise and deny legitimacy to anyone who disagreed with its ‘idea of India’ which worked so very well for over 50 years, now looks like coming apart.

In 1947, Congress had before it two strategies for governance. The first strategy was the obvious one; Congress could well have addressed the issues concerning the majority. At that time, Hindus who constituted 85 per cent of the population were in thrall of the party, which claimed to have secured independence for them from the British. Congress could have chosen to represent Hindu interests and with very good reason. After all, was democracy not supposed to deliver the maximum good to the maximum number of people? But any party that chooses to represent the majority interests would have to take up development as the strategy of governance. Such a path would be risky as it would subject the ruling party to a review every five years by the voters on rational and measurable set of criteria.

The second strategy was to become the guardian of minority interests by playing on their fears about the majority. It could then make a deal with the minorities. Vote for Congress and Congress will protect you. And to gain the confidence of the minorities, it could periodically intervene and weigh in, in favour of the minorities, laying the foundation for appeasement politics. Having taken care of the minorities, it could set about dividing the majority on linguistic and caste lines. Appeasing minorities and dividing the majority on caste lines held out the promise of a risk-free tenure in New Delhi. Elections would be held every five years, but by managing the relative sense of resentments among the divided groups, Congress had with one fell swoop rendered development parameters redundant. Congress had hit upon the fount of political elixir. Congress drank this elixir of eternal rule over New Delhi arising from the unhappy manthan between competing social groups for the ever shrinking share of resources. In the absence of Neelkantha to gulp and hold the poison in his throat, it fell on the common man to drink the deadly poison. The Congress having given up on development agenda, the economic growth parameters started deteriorating. The fully inebriated Congress mocked the Hindu rate of growth, completely transferring the onus of low growth rates to the Hinduness of the population.

The implementation of divisive politics made it necessary to invent an enemy which could be endlessly demonised. After Partition, the Hindu Mahasabha lost its leadership as the guardian of Hindu interests. The RSS emerged as the pan Indian organisation, which was widely believed by the Hindus to be their voice. By blaming the RSS, without evidence as was to be proved, for the killing of Mahatma Gandhi, Congress was able to present RSS as an organisation with militant strategies as opposed to its pacific and non-violent image. Besides, RSS led by spartan and stern looking Brahmins could easily be presented as the patriarchal force, which was responsible for the problems associated with the centuries-old caste system. Having found its enemy in the RSS, the Congress proceeded to create a narrative, where RSS was presented as a militant and backward looking organisation, which worked to hold back India’s modernisation.

Jawaharlal Nehru and Indira Gandhi had made it part of their political style to engage extensively with all linguistic and caste-cultural groups, often donning their traditional attire. It was therefore very difficult to call Congress as anti-Hindu. After all at the micro level, Congress party leadership was seen appreciating every Hindu sampradaya and sub-culture. At the macro level, Congress party encouraged humanities departments of universities to pursue an anti-Hindu narrative put out by Western Indology. The school textbooks were written to exaggerate the shortcomings in our society, even as every effort was made to hide our achievements as a civilisation. The schools made children feel helpless and sowed the seeds of self-loathing. The Congress party’s circle of deception was complete. By the early eighties, Congress had perfected the model and it was now invincible.

This would have gone on endlessly but for Vishwanath Pratap Singh’s uncontrollable desire to rule India. Being a man in a hurry, Singh on becoming the prime minister in 1989 by ousting Rajiv Gandhi, shifted several gears on Congress’ appeasement policies by declaring the Prophet Mohammed’s birthday as a national holiday and announcing the implementation of the Mandal Commission report letting loose several rounds of competitive appeasement politics.

Left with no chance of survival, after the enraged students at the Safdarjung hospital blocked Lal Krishna Advani from meeting the dying Rajiv Goswami who had attempted self-immolation in protest against the Mandal Commission, Advani set out on his rath yatra going around the country saying ‘hum mandir wahin baneyenge’. At the same time, Advani by calling Congress, Samajwadi Party, Bahujan Samaj Party and Rashtriya Janata Dal as ‘pseudo-secular’, began to openly challenge the established secular consensus.

Benefiting from Advani’s open challenge to the pseudo-secular order, the Bharatiya Janata Party (BJP) got its first shot at running a minority government between 1998 and 2004. Atal Behari Vajpayee, who was an admirer of Jawaharlal Nehru and Indira Gandhi, ran a coalition government, which was very respectful towards the Congress. A few clumsy effort at rewriting the school syllabus under National Council of Educational Research and Training Director Prof J S Rajput and half-hearted excavations on the route of the Saraswati river, were not sufficient to introduce into the mainstream an ‘idea of India’, which was different from the Nehruvian ideal. Congress did not fear Vajpayee’s BJP, because the Nehruvian secular consensus was intact. It is not surprising that several Congressmen including the irascible Mani Shankar Iyer speak fondly of Vajpayee.

Post 2004, the Congress and the left establishment poured scorn on BJP and RSS and systematically denied them legitimacy in public life through their vice like grip over the media and academic institutions. The brazen and in-your-face secularism, practised by Congress between 2004-14, was such that many eminent Hindu thinkers were even denied access to mainstream media and academic institutions.

The advent of Narendra Modi on the national scene following a wave election winning 282 seats [an absolute majority] in the Lok Sabha forced the Congress party to accept the legitimacy of BJP.

After four years of a confident BJP rule under Modi, Congress party is attempting its last ditch effort by unleashing caste wars based on the false narrative of Brahmin-upper caste oppression of the lower castes. The newly-elected Congress president has taken to increasingly blaming the RSS for violent events fomented by the minority groups beholden to Congress. It is in this context that the acceptance of Mukherjee to speak at the RSS event has come.

Many belonging to the Congress-left establishment have asked Mukherjee to reconsider his decision. Some have openly told him to skip the event. P Chidambaram has advised the former president to go, but to tell the RSS what is wrong with its ideas. Jairam Ramesh let the cat out of the bag when he said that by speaking at the RSS event Mukherjee would be giving legitimacy to the RSS. Aakar Patel, columnist and executive director of Amnesty International, India, has advised the former president to give RSS a lesson in Hinduness.

Yes, Jairam Ramesh is right. By engaging with RSS in an open forum, the former president would force the Congress-left establishment to drop its apartheid policy towards the organisation. After 7 June 2018, Congress will have to engage with the RSS.

No wonder everyone wants to address the RSS.