Rampant Planning Is Impeding The Development Of Urban Infrastructure In India 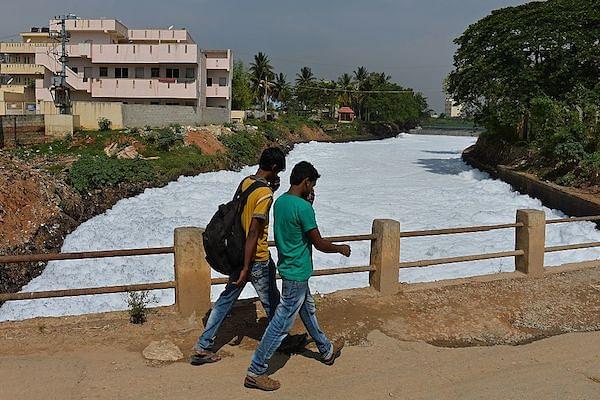 Our planners and politicians have long held an urge to continue to make sorry attempts at building necessary city infrastructure. They ensure through legislation that the government is the only body which can deliver most of it. That, in short, ensures that we have bad urban infrastructure. PropTiger’s Shanu Athiparampath explains this quite well:

“We have hardly experienced the shortage of laptop mouses. Even though laptops and mouses are complementary products with different manufacturers, the market coordinates fairly well. No, the market is not perfect, but the coordination in the market is so good that even the best economists do not understand this completely.

However, there is one sphere in which the supply does not keep up with demand: infrastructure. In India, water supply, electricity, and transportation networks do not keep up with the demand. Infrastructure is largely provided by the government. The government operates outside the market system, and is insulated to signals of the market like profits, losses and revenues.”

Take a look at this:

Electricity is mostly produced and distributed by government-run electricity supply companies. Water supply and sewage in most Indian cities is the exclusive domain of municipal-level water supply and sewage boards. After Indira Gandhi’s bank nationalisation, most of the Indian banking sector is owned by the government. In the same 10 years, during which we saw nearly every Indian acquiring a mobile phone, all that these folks could accomplish was poor improvement in infrastructure access.

In 2013, Gururgram, the millennium city, had more private electricity generation through diesel generation sets (2000 mw) capacity than public capacity. The Central Electricity Regulatory Commission, in 2014, estimated that the Diesel GenSet capacity was growing at 5000-8000 mw. With the state abandoning the role it had appropriated for itself through legislation— providing electricity infrastructure— the private sector had to find a work around. The resulting hotchpotch ensured that urban areas like Gurugram have more capacity than they need but end up paying exorbitantly and has dangerous externalities like increased PM 2.5 and PM 10 emissions, and the resulting increase in healthcare costs.

The condition of water supply isn’t that different. A report on Indian Urban Infrastructure and Services, by the High Powered Expert Comittee led by I.J. Ahluwalia, tells us that nearly 70 percent of water intake by the supplying body is either lost in transmission or cannot be accounted for. Revenue is earned only from 22 percent of the total water and, that too, is subject to delayed payment of subsidies by the state governments. An ADB report, in 2007, said that water utilities in India only see about 30-35 of their Operations and Maintenance costs coming back, compared to 100 percent in Cambodia and Philippines. Even Bangladeshi utilities recover about 64 percent of their Operations and Maintenance costs.

This ensures that utilities do not enough money to expand and, therefore, those of us who can’t afford to live in the infrastructure-rich city centre are forced to source our water supplies from costlier sources.

Water utilities in most Indian cities are run by governments. Jamshedpur has a private utility supplying water, i.e water good enough to be drunk as soon as it’s out of the tap. The utility is expanding to supply water out of Jamshedpur municipal limits too.

The problems emanating from government ownership of public utilities has been compounded by another facet of growth in urban India— suburbanisation. India’s restrictive land use policies prevent construction of more housing units in city centres. City centres are usually the only parts of the city where infrastructure already exists or can be built, or can be expanded cost-effectively as more units are constructed. Making new construction difficult in the city centre forces developers to the outskirts and this is increasing.

Take the example of the recent flooding of Gurugram and Bengaluru. One of the oft quoted causes was “rampant real estate development.” This was a classic case of— “If I do it, it is a necessity, if you do it, it is greed.” The real estate development in the edges of these cities, low-lying areas, other places without good infrastructure and in the case of Bengaluru— encroachment of rajakaluve (storm water drains) happened for a reason— exhibits an unmet demand for good housing. This is compounded by severe restrictions of supply in the areas of the city with good infrastructure. If those greedy people who bought houses in those areas had an option of buying a similar priced one near the city centre, they would have taken it. To be honest, this is a case of “rampant planning”.

One has to recognise that public investment in water supply and sewage infrastructure has many benefits. The most important of these benefits is the reduced healthcare cost and spread of infectious diseases. We also need to recognise that the social costs of the subsidies and corruption which come with such investment might just nullify those benefits. As with many other things Indian, we have found a jugaad to balance these costs and benefits.

Many private societies, if sufficiently large enough or rich enough, develop their own water supply and sewage systems. The reason for private investment in such infrastructure is that demand for housing units without such facilities is quite low—unless they are aimed at the poor. Many universities and industrial units invest in their own infrastructure if they are far enough from the city centre.This feature of the housing market can be leveraged by city or state governments to create certain common standards in collaboration with developer associations and industrial associations. This will facilitate:

(i) coordination and proper pricing in distribution of water to households

Half the job is already done in Gurugram where the absence of sewage and water supply infrastructure forced many developers to jugaad. The problem was that an informal system developed wherein many would transport the sewerage, make the necessary payments to government officials and dispose it in the commons. Moreover,in most cases the private networks aren’t connected with the public networks which is most probably due to the government utility being uninterested. The resulting smell, pollution of vast areas and health costs are obvious externalities of this situation.

The presence of vast commons, which are badly maintained by the government, and the absence of any concerted drive to connect these private networks with the public networks reduces any incentive the private developers and industrialists might have to internalise those externalities, i.e invest their resources to reduce or eliminate the externalities. Parts of outer Bengaluru and other major cities see something similar. One way to increase the incentive to invest is to sell the commons to private developers on the condition that such dumping stops, and strive to connect public and private networks. This needs to be supplemented by efforts to create common standards for such infrastructure investment and corporatisation of utilities. In fact, the Atal Mission for Rejuvenation and Urban Transformation is headed in this direction.

Governments, state and city, need to rethink the role they want to play in providing city infrastructure. They can either go it alone, thereby, spending heavily and achieving little or they can harness market process to develop the said infrastructure on the cheap and, thus, achieve more.

You can read Part I of this series here.

*The writer got a lot of information and ideas from Alex Tabarrok and Sruthi Rajagopalan’s Lessons from Gurgaon, India’s Private City.