Why Swami Vivekananda Would Vouch For Core Hindutva Politics 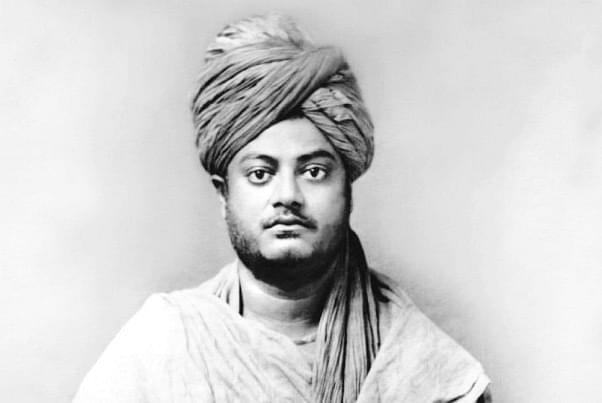 Recently, a leftist web-portal published an article headlined 'Vivekananda would have opposed any Ramakrishna Mission collaboration with the BJP' because the 'notion of religious pluralism espoused by the organisation’s founder stands in contrast to the sectarianism of Hindutva politics.'

To start with, it misinterprets Hindutva as sectarianism, which it is not. Then, it confuses religious pluralism with passive submission to monopolistic proselytizing, which again is wrong.

Then, it makes Swami Vivekananda the proponent of such passive submission to such aggressive monopolistic proselytizing, which he was not.

Finally, it calls the ‘Hindutva politics’ of BJP 'sectarian', which it is not.

We will see these aspects one by one.

‘Sectarianism’ of Hindutva versus Universalism of Vivekananda

Swami Vivekananda proclaimed that he belonged to the world. True. Words from his letter of September 1895 have been quoted to that effect. But what our writer leaves out is the fact that Swami Vivekananda also proclaimed more clearly and more emphatically the sacredness of India in the following words — on the evening of January 16, 1897, at Colombo:

Formerly I thought as every Hindu thinks, and as the Hon. President has just pointed out to you, that this is the Punya Bhumi, the land of Karma. Today, I stand here and say, with the conviction of truth, that it is so. If there is any land on this earth that can lay claim to be the blessed Punya Bhumi, to be the land to which all souls on this earth must come to account for Karma, the land to which every soul that is wending its way Godward must come to attain its last home, the land where humanity has attained its highest towards gentleness, towards generosity, towards purity, towards calmness, above all, the land of introspection and of spirituality — it is India.

Is there a contradiction between belonging to the world and venerating India as Punya Bhumi?

Not at all. This is made clear in the classical Hindutva literature, which we can see then as the continuation of the Vivekananda legacy. Veer Savarkar in his seminal work on Hindutva points this aspect:

A Hindu is most intensely so, when he ceases to be Hindu; and with a Sankara claims the whole earth for a Benares or with a Tukaram exclaims ‘my country? Oh brothers, the limits of the Universe — there the frontiers of my country lie!’

Unfortunately, a section of media and academia as well as polity, either out of ideological vested interests, or mere Tamasic cerebral inertia, always rely on some of the stray quotes of ‘Guruji’ Golwalkar and supposedly militant stand of Veer Savarkar — both made during the heat of partition politics and riots.

That appeasement politics and partition, which effected such anger, led to genocidal continuous extinction of Sikhs, Buddhists and other Hindus in what is today Pakistan and Bangladesh is another thing.

With those dated quotes and passages, these sections of academics and intellectuals and media try to essentialise Hindutva, which is intentional hoodwinking of the readers using their ignorance.

In reality, Hindutva in itself is dynamic as it has been dynamic through millennia.

Hindutva has been expounded also by Tagore and Deendayal Upadhyaya, Shyama Prasad Mukherjee and countless other deep thinkers and social activists who had worked with the most marginalised sections of the society.

In the subsequent decades, this lecture has become one of the important defining documents of Hindutva for the Sangh Parivar.

In this lecture, he pointed out how Hindutva sees nationalism as not the be all and end all; nor does it consider it as a means to supremacist expansionism. He stated:

...nationalism, in our view, is a stage for self-expansion of the human spirit. It is not for self-aggrandisement. It is a journey towards selflessness; towards sacrifice for the larger whole. Nationalism is thus a stage of human evolution. That is how we find that all our national philosophers, poets and heroes had never limited their thoughts and even their activities to the national boundaries. Even recently, Swami Vivekananda, Ramtirtha, Gandhiji, Rabindranath and several others have been commended even by outsiders as world philosophers.

Resistant of Universalism versus Monopolistic Proselytizing

Pointing out 'how true feeling for one's religion should bring about the manly spirit so much needed in India', Swami Vivekananda alluded to the missionary attack on Hindu Dharma and made the following conversation, recorded in the third volume of the 'Life of the Swami Vivekananda, by His Eastern and Western Disciples' (1915):

Swami Vivekananda: My dear Sinha, if anybody insulted your mother what would you do?

Disciple: I would fall upon him, sir, and teach him a good lesson!

SV: Well said, but, if you had the same positive feeling for your religion, the true mother of country, you could never bear to see any Hindu brother converted into a Christian. Nevertheless, you see this occurring every day, yet you are quite indifferent! Where is your faith? Everyday, Christian missionaries abuse Hinduism to your faces, yet how many are there amongst you who will stand up in its defense, whose blood boils with righteous indignation at the fact?

Swami Vivekananda made it clear that he was not against the religion or its followers, but against the conversions.

In the closing speech he gave at the Parliament of Religions, Swami Vivekananda expressed his disdain for conversion strategies made by one religion against another and considered it a chief impediment to communal harmony:

The seed is put in the ground, and earth and air and water are placed around it. Does the seed become the earth, or the air, or the water? No. It becomes a plant. It develops after the law of its own growth, assimilates the air, the earth, and the water, converts them into plant substance, and grows into a plant. Similar is the case with religion. The Christian is not to become a Hindu or a Buddhist, nor a Hindu or a Buddhist to become a Christian. But each must assimilate the spirit of the others and yet preserve his individuality and grow according to his own law of growth.

At the same time, with respect to the converts from Hindu Dharma in India, Swami Vivekananda emphasised that all efforts should be made to make them come back to the Dharma (Prabuddha Bharata, April 1899).

Nurturing theo-diversity and resistance to monopolistic expansionism are two sides of the same coin — the coin of Hindutva. And that does not go contrary to the true spirit of the much distorted and misused Vedic dictum ‘ekam sat vipra bahudha vadanti’.

Today, it is only the BJP and Hindutva organisations which are ideologically against the forced and dubious conversions for which still strategies are planned in institutional transnational religions and funds are sent to pursue soul predatory operations in India.

And, the BJP’s Hindutva Politics

Swami Vivekananda is no one political or religious group’s property.

He is part of the universal spiritual phenomenon called Sri Ramakrishna — a Yuga Avatara and nothing less.

Whether one likes it or not, the entire Indian freedom movement is predicated upon this universal, all-encompassing harmony of Sri Ramakrishna-Vivekananda Vedanta.

If there has been a connecting chord between Gandhi and Veer Savarkar, that stems from the Vivekananda value system, which is nothing but the continuation of age-old Sanatana Dharma in the deepest and the broadest sense of the term.

Both Gandhi and Savarkar considered the unity of India as paramount and spiritual, both were strongly against conversion of Hindus and both wanted the converted Hindus to return to their mother religion.

All these one can see as coming from Swami Vivekananda in the modern period.

Today in India, if there is one political dispensation whose ideology and functioning (to a significant extent) gel with such a worldview, then it is the BJP.

One should remember that, at the height of the Sri Rama Janma Bhumi movement, Dr. Murali Manohar Joshi declared that not only Joshi, but Syed Sahabudhin was also the son of Sri Rama.

Then, Chief Minister Kalyan Singh requested the Muslim community to hand over the structure in which case he declared that he would carry himself on his head the bricks to build a mosque for Muslims.

In their fight to reclaim what was rightfully Hindus, the Hindutva ideologues never lost sight of the love for fellow human beings.

This aspect is also shown in the words of Guruji Golwalkar who received his Diksha from Swami Akhandananda — a brother disciple of Swami Vivekananda.

Guruji Golwalkar had famously stated that in serving humanity, not only should there be no difference on the basis of religion, caste, ideology or gender but that the service should be done with the feeling of humility as an opportunity to serve the Divine enshrined in the temple of the human body, whether the person is Hindu or Muslim.

The non-discriminatory nature of Seva and more importantly, the non-abuse of Seva for religious or ideological motives — both hallmarks of Swami Vivekananda’s concept of Seva — have been demonstrated again and again by the Rashtriya Swayamsevak Sangh (RSS).

It is this deeper understanding of the spiritual unity of humanity and cultural unity of India that made the BJP propose and make Dr. APJ Abdul Kalam the President of India and support Purno Agitok Sangma (1947–2016), incidentally a Christian as well as a tribal, as the candidate for becoming a first citizen of India.

Thus, the politics of the BJP is neither discriminatory nor majoritarian nor sectarian.

It is Hindutva politics and hence, it is the politics of universal humanism anchored in the spirit and values of the Vedanta of Swami Vivekananda.

Not only Swami Vivekananda, but also Mahatma Gandhi would have supported the core Hindutva of the BJP, had they been alive today — whether it is CAA or Freedom of religion bill or the rebuilding of the Sri Rama temple at Ayodhya.

None is preventing either the present-day Congress from making a Ghar-wapsi to its Gandhian worldview of Hindutva. Nor is anyone preventing Communists from embracing the Hindutva basis of India even as they stick on to their leftist politics in the issues of workers and economy.

But they do not do that because Congress has become a willing hostage to a dynasty that seems to have a deep aversion for anything Hindu and Indian Communists have neither the honest heart nor a brave brain to accept and adapt to the Hindutva that is the underlying reality of India.

So the intellectuals and spin-doctors of vestigial colonial thoughts in India should try to read Swami Vivekananda in the true spirit instead of trying to distort his galvanizing message through half-truths and complete lies.