Why The Global Hunger Index Does Not Pass The Smell Test; Here's What India Must Do 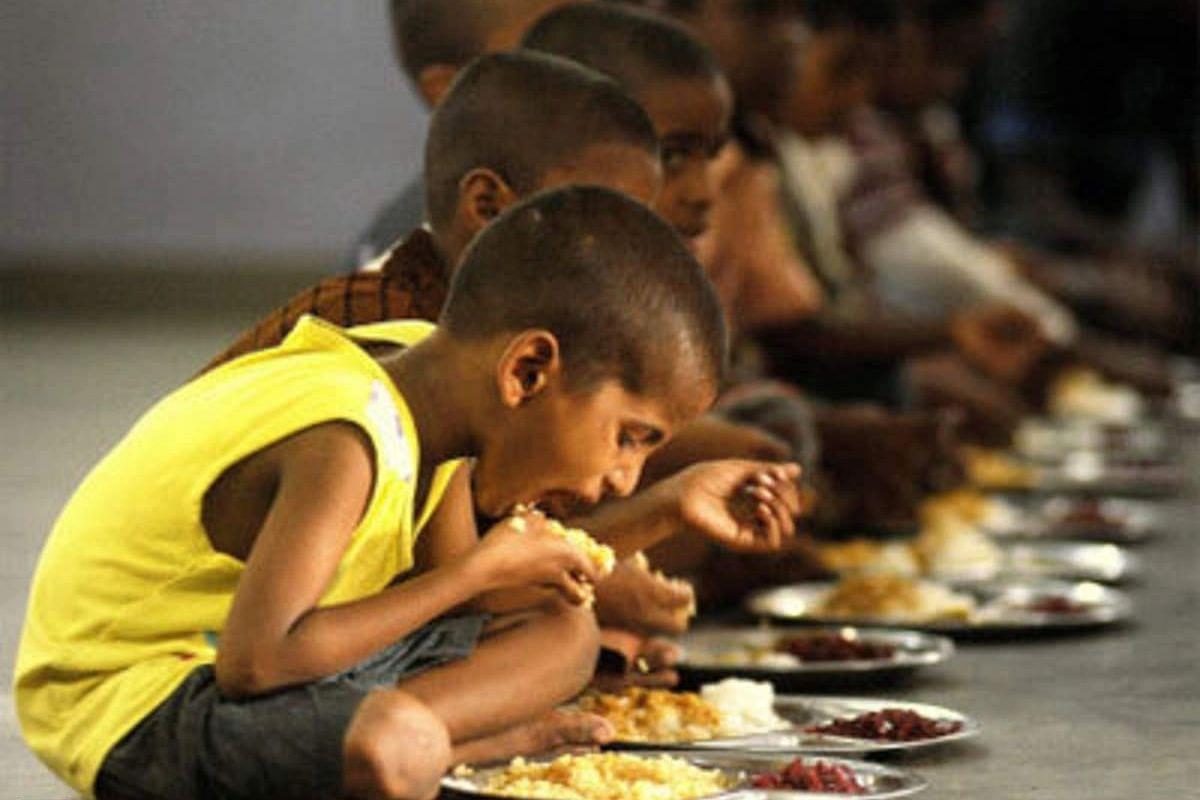 GHI hunger parameters are not fair.

There is something not quite kosher about the Global Hunger Index (GHI) numbers released recently, which shows India at rank 101, to the delight of the numerous critics of the Narendra Modi government, both at home and abroad. In south Asia, only Afghanistan is worse with a rank of 103, and a score of 28.3 against India’s 27.5.

The index, compiled annually, is jointly published by Concern Worldwide and Welt Hunger Hilfe, and seeks to measure the level of hunger and undernourishment in a population. It also ranks countries based on a composite index number that itself is calculated from four parameters.

These four parameters are (1) undernourishment, which is based on estimates of the proportion of population with sub-par calorific intake, (2) child wasting, which is the share of children in the zero to five age group based on the weight to height ratio (the lower the weight at a certain height, the higher the level of under-nutrition); (3) stunting (which calculates the proportion of children below a certain height for ages upto five), and (4) child mortality (which is the mortality rate for children under five).

In theory, these parameters seem unassailable, but the primary two issues that need addressing are these: how can the norms for calculating these numbers be the same for everybody, when different cultures have different kinds of diets and food habits, different work requirements (physical or non-physical), different living conditions, and — most important — racial differences regarding body height and weight. We need different yardsticks with which to measure hunger or health. We need a healthy population, and estimating average health is not the same as measuring hunger and food consumption the way the GHI does.

Secondly, how can we take any ranking seriously when many of the countries ranked may not agree on what needs to be measured, and how to calculate and weigh the parameters used? This criticism is valid whether we are measuring global hunger or quality of democracy. Measuring something on which there is no consensus means the powerful are imposing their subjective standards on standards of another.

A ranking can be valid only if you have established a standard benchmark, and normalised the data, and it is far from clear the GHI has done that. It is also far from certain that these benchmarks are valid across continents, cultures, racial characteristics and levels of development. At the very least, you need a consensus among various parties on what is to be measured and how. The GHI does not pass this simple hurdle.

Next, let’s compare the incongruities in south Asia between the GHI ranks of 2020 and 2021 — the earlier one being less impacted by Covid, and the latter more. We note this with the caveat that comparisons are valid only within a year due to methodological changes, and not between years.

Now map these performances with actual per capita incomes of these countries and check if the GHI scores make sense.

Sri Lanka, with the highest per capita income in south Asia (US$3,682), apparently did very badly compared to 2020, while Afghanistan, with a per capita income of US$508, improved its score. Sri Lanka was also pipped by Bangladesh, whose per capita income was just over half that of the former at $1,960. This too does not pass the smell test. A richer country should be doing much better than a poorer one on hunger and nourishment, unless it is claimed that the maldistribution of income is very severe in Sri Lanka compared to Bangladesh, which makes hunger more likely in the former.

Another quibble with the GHI is its methodology. On undernourishment, part of the source for the index’s data is the Food and Agriculture Organisation (FAO). And the prevalence of undernourishment (PoU) is calculated, in normal circumstances, by estimating a country’s average dietary energy consumption, inequality in access to dietary energy, and the minimum dietary energy requirement.

One can quibble further about how even these aspects are calculated, but in the 2021 GHI, when easy access to such data was not possible due to Covid, the FAO further debased its methodology by using an arbitrary four-question Gallup world poll to estimate inequality in access to dietary energy. This poll was conducted telephonically — a device not much used in India for obtaining such information.

The FAO also uses food balance-sheets that estimate the share of population with inadequate access to calories. But how do you estimate that in a Covid year, when many people had no work, but did get government allocations of free food. If you have no work or little work, your daily energy and calorific requirements will be lower than if you have work.

In India’s case, the answers would have been yes in most cases, since many people had reverse migrated from urban workplaces to rural homes, while others may have received lower incomes and worked out of home during the pandemic.

But to meet this challenge, the government of India launched massive make-work schemes under the Mahatma Gandhi National Rural Employment Guarantee Act (MGNREGA) last year, and also gave free food supplies every month coupled with cash payments, most of which continue to date. Farmers also got their Kisan Samman Nidhi payouts in advance of the normal schedule. One wonders how a person, even if he or she had answered yes to all the Gallup questions, can be considered to have gone hungrier purely on the basis of the answers given to questions about jobs and incomes. This is balderdash, largely unscientific.

Two other points are worth making. One, comparisons cannot be made between one year and another when situations across countries vary so widely for various reasons. The only thing worth measuring is whether a country is making consistent progress over the long term, and the benchmarks must have elements that are relevant to that country (or region, as in case of a sub-continental size country like India). In India’s case, some of the hunger challenges were either met or on course to be met. Our scores on the very same GHI have improved from 38.8 in 2000 to 27.5 now. The blip between 2020 and 2021 may be temporary and may also be the result of bad methodology. (See table)

And two, the quality of India’s monitoring has improved with the launch of the Poshan Tracker, according to the Ministry of Women and Child Development (MoWCD). Under Poshan, a software application used by anganwadis tracks maternal and child nutrition levels, including reportage of stunting, wasting, and delivery of nutrition services. Smartphones are used to record this information.

According to MoWCD data, as in early October, there were 7.79 crore children between the ages of six months and six years who were logged into Poshan, of whom 30.27 lakh were deemed to be undernourished — a proportion that’s under four percent of the children tracked. Since anganwadis represent the poorest among the poor, it is unlikely that undernourishment in the whole child population will be higher than that; in fact, it should be lower.

This does not mean the GHI data is wholly wrong, since it relates to yearly undernourishment averages for 2018-20, while stunting and wasting relate to 2016-20, before Poshan was launched this year in March 2021. At best, the GHI offers us a rear-view mirror. To the extent the index is broadly indicative of India’s performance on hunger and malnutrition, it is outdated.

The broader point is simple: we need a better consensus on what needs measurement and weightages that are adjusted for cultural and dietary difference. And we need to compete with ourselves. It is okay as long as we are moving in the right direction and improving steadily. The relative ranking of countries is seriously flawed and not worth breast-beating over.

What would be wrong for us is to think that we have beaten malnutrition and hunger. We have not. But we are moving in the right direction on this front.

The action points for India from all global rankings, including those that show us (or showed) us in good light are the following:

1. We must draw up our own ways of measuring what we need to measure in terms of food and nutrition, and these benchmarks also need to be state or region-specific. The benchmark for well-fed Delhi need not be the same as that for rural eastern Uttar Pradesh.

2. We must question global standards by making our own standards that are relevant to us, and this applies not only to hunger, but also ease of doing business (EODB) or free speech or freedom of religion. We basked in the glory of our improved ranking on EODB till the World Bank abandoned it this year after it was discovered that the ranking of China may have been doctored. The fact is EODB must be relevant to the real pain points of Indian and foreign businessmen, and these can easily be gauged by surveys and benchmarks created using these surveys. The EODB for a city-state like Delhi may not be the same as one for distant Tripura, where the logistical challenges are greater than merely regulatory and bureaucratic challenges.

3. We need not dismiss the GHI global rankings as an attempt to defame India, but we need to recognise that these rankings serve the purposes of those who decide the methodology based on their own understanding of what must be measured and how. Often, global power relationships decide what gets ranked higher or lower, or which product is waved through, and which one is made to jump through hoops. For example, the World Health Organization waved through the Chinese Covid vaccine Sinovac without much fanfare, but is dragging its feet on okaying India’s Covaxin, which has not just been proved to be more efficient than Sinovac, but has also been administered 112 million times with little or no side-effects. Clearly, global vested interests have tried to scuttle Covaxin, and we should not take this lying down.

The moral: if you choose to benefit from global rankings when they suit you, you must equally be willing to take brickbats when they are not so complimentary. We need to evolve our own better benchmarks and make sure that the world hears them before they are used in studies. We have to do more homework on our benchmarks. Poshan may be one such starting point, but by no means the last.