Why The ‘Idea Of University’ Needs An Overhaul 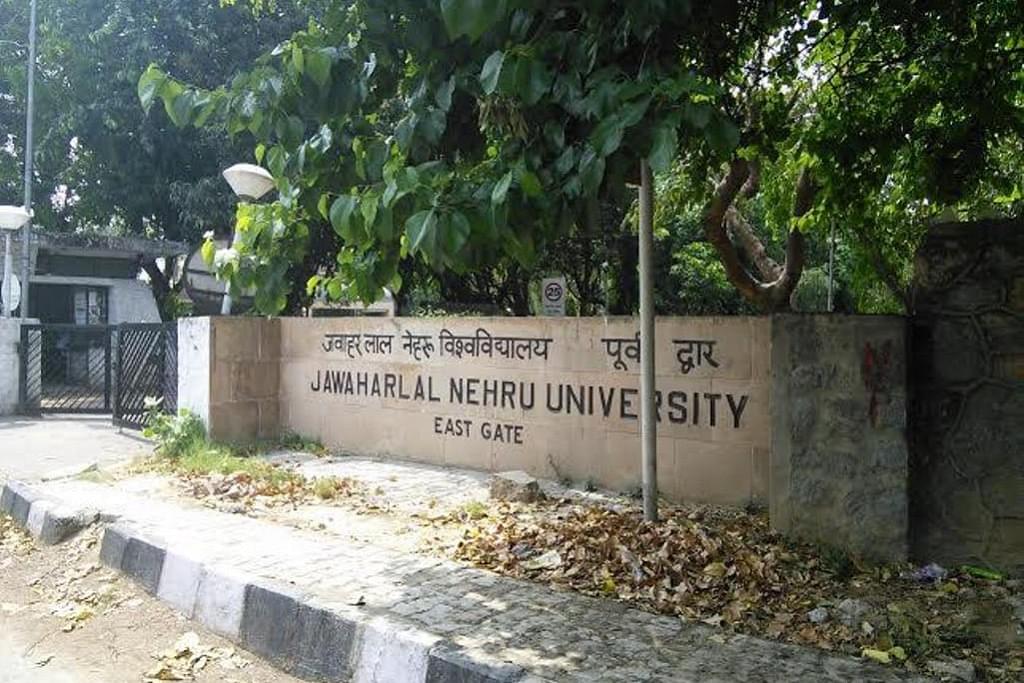 Thus we see select academics and students discussing the idea of university and how they can make it more open, more inclusive, more liberal, more multicultural and more everything, but less rigorous (so as to ensure social justice), less responsible, less number of working hours, less or no attendance (as demanded by Jawaharlal Nehru University students and faculty) and misplaced social responsibility (as in the conviction of Professor Saibaba and the arrest of Varavara Rao).

Often such discussion begins and ends with truisms such as ‘learning cannot be confined to vocational training’ or ‘how the objective of education is the development of the students’ mind’ etc. A smattering of European enlightenment thought and an odd reference to Newman or Humboldt creates an aura of sincerity or even profundity. Participants in such discussions genuinely believe that they are doing something momentous and are the protectors of democracy, free speech and modern civilisation, everything that is exemplified in an ideal university.

Liberal education as we understand today may variously refer to spaces of universities, liberal arts education, and development of critical thinking that helps one question the status quo and transcend the peculiarities of the time and place one lives in. My use of the term refers to all the three, the last two being spatialised in the first, ie universities. Regarding the subjects that come broadly under liberal education or are offered by universities, they refer to those in humanities and social sciences (history, politics, anthropology, art, literature, philosophy etc) where employability and employment are not the core concerns.

Though the progress of education in England is often taken for granted, we must understand that before enlightenment, education in England was a Church of England monopoly. Only Anglicans could attend the classes and ministers were the teachers. Critics believe that education then was an expression of middle class values, intended to give people a stake in maintaining the political status quo. When this education came to India during the colonial period, its objective was not merely to moralise (through Christianity) but also to civilise the savage. With its roots in enlightenment philosophy, the idea of a liberal university was aimed at building character in Europe, but in colonies such as India, it was aimed at creating mimic men who will think like the English.

Thinkers like Humboldt believed that liberal education leads to values that are fundamental to the freedom of the society, such as rationality and self-development. The conviction was that an ideal university could create conditions for the flowering of these faculties so that students equipped with these qualities will strengthen democracy. Thus the objective of liberal education is to develop a person’s ability of critical reflection and without conditions such as autonomy, academic freedom etc, this objective could not be achieved. As twentieth century dawned, the new reality forced higher education to change so that universities can become places of inclusion. The universities went through social churn and started opening up to the less privileged; it became massified.

Regardless of its elitism or massification, the liberal university remained the ultimate site of self-cultivation. This worked on students and invested on them ideas and values that make them different from what they were earlier. This is achieved through doses of literary traditions, philosophical treatises, historical analyses that made the student understand the mutability and incompleteness of knowledge, the reason for constant reading, dialogue and improvement. This is unlike the medieval education where church or religion was the beginning and end of all knowledge. The new idea as in Humboldt broadened the scope of university, which saw knowledge as unfinished and so the need for appropriate environment to approach knowledge.

Interestingly, the desire for expanding the intellectual horizon of students in European universities (as well as other such ideas like liberty and cosmopolitanism) went hand in hand with the consolidation of colonialism. Newman and Humboldt advocated certain types of moral behaviour, which worked towards liberalism in Europe while ensuring the subservience of Indians and other colonised people. In this endeavour, colonialists were ably supported by philosophers like Locke, Marx, Mills among others. Now that colonialism is over and so are the conditions that restricted human mind from realising its potential, it is debatable if we need to run universities only to teach open-mindedness.

How Liberalism Became A Career In Post-Independence India

The project of broadening the human mind in Europe was in contrast to the shrinking of the Indian students’ mind mandated by the British. It need not surprise us that in its early colonial days, university in India was intended to create mimic men who will be conditioned to believe in the inevitability of colonialism and the benevolence of England as a civilising power. Education on the basis of Macaulay’s principles was aimed at producing clerks rather than expanding the horizon of the pupils and the British were confident that students will get enthused by Western education and imbibe human (read European) values.

There is no gainsaying that in the beginning, it was the rich and the privileged who had access to education in India, something which is no different from British experience. If during and after colonialism education was the space for the elite in India, in the politically conscious 1990s these spaces became subalternised and became sites for social justice. If in the earlier model, education elided social/cultural fractures, during the latter phase, education and universities foregrounded those fractures and subjected universities to the dictates of such politics. If earlier the universality was the guiding force to highlight universality, later caste/religion/gender difference was celebrated and flaunted.

However, elitism of yore and the imperative of social justice in the present time need not be seen as opposite values. The very academic elites who earlier taught the virtues of hierarchy transformed themselves in response to the changing climate and became the champions of the subalterns. The difference between liberal education for the elite and the subalterns is a false one; in any case, liberal education in both versions debilitated liberty and produced narrow-mindedness. In India, both these approaches spoke of education in the service of society; earlier it was to maintain status quo and now to disturb the same. That means, disturbing the status quo became the new status quo.

Thus when a Nivedita Menon says Kashmir is illegally occupied by India or a Nandini Sundar rationalises naxal violence and yet command respect and support from various quarters, we witness the new elitism finding legitimacy by appropriating the subaltern voice. Thus when JNU students sloganeer to break India into pieces and yet receive tremendous support in the name of freedom, we see the successful conversion of one elitism into another. In the political arena, the mentality of fanning emotions is dismissed as vote bank politics; in academia, it is called knowledge. This knowledge converts liberalism into a career and legitimates such knowledge.

Interestingly, those who once challenged the failure of the state in providing quality education and had cautioned against private capital had no qualms before taking up positions in private universities. One such intellectual later declared that liberal education helps one to ask important questions about who they are. What mystified many is the enterprise of making students pay more than four lakh rupees per annum just to enable them ask questions about who they are. No doubt questions are important, but is it reason enough to run universities in a country where millions are looking for jobs?

The idea of university predicated on freedom to pursue one’s academic interest without the push and pull of societal demands or job market may have run its course. Though we ritualistically hear that liberty defines university space and true enquiry into human condition can take place in a climate of freedom, there is no evidence (in terms of any comprehensive study) to suggest that this freedom makes professors scholarly. Freedom to dissent or asking questions as the objective of universities is very limited in scope and an expensive affair as well involving crores of rupees to run institutions. Professors given to this task alone are not facilitators of education but are drags on nation’s economy, particularly when they draw a salary of hundred thousand rupees upwards per month.

So ideas of radicalism and revolution should be revisited because they have become the hallmark of well-established academic Catholicism. True revolution is to be realised in innovation and entrepreneurship that can simplify poor people’s lives or move them out of poverty. Contrary to the avowed objective of liberal universities, there is a gradual weakening of openness to multiple ways of thinking and the subsequent consolidation around a set of dogma as we see in universities like JNU or Jadavpur. That means the so-called broad-based substantive general education has produced its very opposite. Such elitist spaces must make way for an environment where a student gets a little more than learning to ask questions, and also gets to learn a thing or two that will help him earn an income.

We are in that moment of history when lakhs of aspirants are entering the job market everyday and they want basic minimum comfort and a meaningful life for themselves. So education has to be national/developmental rather than liberal, the latter producing perpetual cynics. Gandhi’s idea of education offers an interesting insight when he placed emphasis on vocational development, which he thought would make a person mentally independent. His advocacy of vocational training resonates even today; the need is to impart the whole art and science of a craft through practical training. For example, textile training involves knowledge of cottons, soil, history of textile, their cultural meanings etc.

This brings Gandhian views close to IIT system where techne is not performed in isolation from society and history; they are contextualised and historicised. If done with a clear vision and with sincerity, engineering education at IITs with sufficient grounding in social studies may be the answer to the so-called crisis of liberal university education. The same may be extended to other professional courses in specialised institutes such as IIMs.

The narrative of crisis in university education, which we often hear in newspapers or TV channels, is not due to the absence of liberalism, but because of its overdose and its excesses. By creating a deliberate climate of hostility, by isolating students from the pulse of the nation and the real needs of people, academics have produced generations of armchair revolutionaries who are neither fit for revolution nor for the job market.