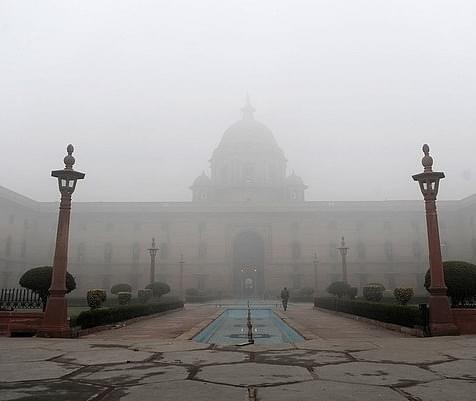 Last week’s “revolt” by senior income tax officers, meeting in Mumbai, against alleged micro management by the union revenue secretary is unlikely to bother the average citizen. If anything, citizens would welcome glitches in tax collection behind which they can hide.

The instrument chosen, by the tax officers, to voice their concerns via a resolution is questionable in terms of its efficacy as is the selection of the flash point for making their case. Unlike the army, income tax officers are no one’s favourite person. The income tax department is, unfortunately, generally perceived as being self-serving and uncaring of citizen rights. Consequently, an upsurge of public sentiment in their support, as was the case for OROP, is unlikely. More likely, citizens would advocate even harsher disciplinary measures to pull up the department. Collecting tax is a thankless job.

The choice of flash point is similarly questionable – the transfer of a tax officer who allegedly adopted unfair means to boost his end-of-year performance. He issued a huge tax demand to a public sector bank just prior to the annual deadline and then allowed a refund of most of the tax amount immediately thereafter – a cynical “win-win” strategy for both the officer and the bank.

No one could possibly defend the officer’s use of “temporary tax terrorism” tactics. But the summary manner in which he was “punished” by being transferred (not officially a punishment), on the intervention of the revenue secretary, seems to have rankled. It does not help matters that the revenue secretary is traditionally from the Indian Administrative Service (IAS) but exercises oversight over the functioning of the Central Board of Direct Taxes (CBDT) under which around 8,000 Indian Revenue Service (IRS) officers work. Incidentally, there are seven senior officers of the IRS in the CBDT – the apex body for exercising operational control over direct tax administration. But none of them can ever break through the glass ceiling prescribed for them of the rank of a special secretary. This is lower than that of the revenue secretary, though they get the same pay.

In India, we have not developed a culture of equality between agencies and the secretariat. It is only in the armed forces that the correct equation between the secretariat and the field agency is maintained. This was visible during the Republic Day celebrations. In the line up to greet the president, the vice-president and the prime minister, the defence secretary stands lower down than the three service chiefs of the army, the air force and the navy. This is how it should be for all field-level entities of the government. The officer in the secretariat must never be the person perceived to be in charge of the field-level operations. Maintaining the principle of unity of command and responsibility is a pre-condition for efficiency functioning within an agency.

The job of the secretariat is to assist the minister in parliamentary work. It is perverse to adorn secretariat appointments with high-level administrative powers. Administration must be outsourced to the concerned agencies created specifically for the purpose. The example of Minister of Railways Suresh Prabhu is worth emulating. One of the first things he did on assuming charge was to delegate away most of the operational powers, centralised in his office, to the regional general managers. A secretariat officer enhances value not by banging people on their heads but by skillfully using an insider’s appreciation of the operating environment, to which they are privy to, to facilitate the functioning of field agencies.

In a more evolved work environment, the secretariat is where policy and legislation is formulated. The field agency is where programmes are fleshed out and operations monitored for results. The relationship between the two must not be hierarchical as it inevitably is today. Policy formulation and programme implementation are two entirely different albeit symbiotic specialisations. There must be give and take between the two. One way of ensuring this is to make the heads of both the secretariat and the field agency of equal rank. Indeed, this is one way a minister –  who often might not be well acquainted with her charge –  gets a rounded perspective of the issue at hand.

The bottom line is that, whilst the Mumbai IRS officers have chosen their battle badly, their cause, as indeed the cause of all other specialised government agencies and cadres, needs deeper consideration.

We should be moving over to a new governance architecture, which values specialisation and extends equal opportunities to all cadres, particularly those which already exist in the union government. IAS officers, unlike officers from the IRS, are on deputation from the state government cadres to the union government. The IRS is a home grown, central government cadre. The logic for not letting the IRS manage its own house is questionable. Inserting an IAS officer between the political leadership and the IRS seems an archaic and inefficient way of managing the vital tax function.

The manner in which a majority of the senior positions in the union government are “reserved” for the IAS is archaic because it does not recognise the heightened role for specialisation in modern administration. Law, tax, public finance, infrastructure, human development, industry and trade, natural resource management, defence, security and intelligence are all stand-alone disciplines in which practitioners spend their entire working lives. It is inconceivable that value can be added in policy formulation, programme conceptualisation or project implementation, without the relevant experience and skill.

Inflection points in progress are always graphically depicted by glass ceilings getting smashed. Institutional wisdom lies in removing glass ceilings as soon as they develop cracks and well before they are smashed by the force of change.

This article was first published on the Observer Research Foundation website
and has been republished here with permission.