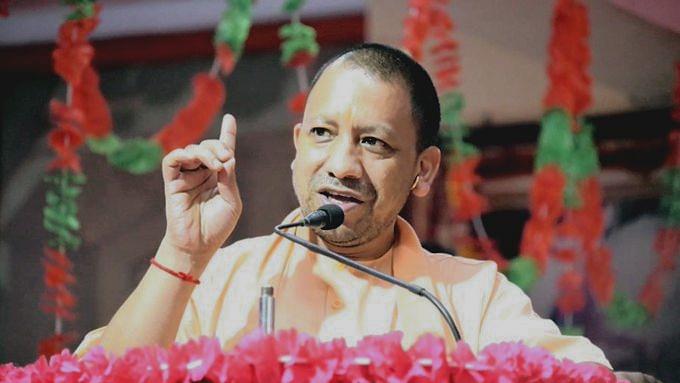 Perhaps the left liberal press would not believe it if they got to know that a saffron-clad sadhu has come up with a new excise policy intended to reform the liquor industry for good but that is exactly what Uttar Pradesh Chief Minister Yogi Adityanath has done. Of course, it’s not the first time his government has broken free of stereotypes when it comes to framing common-sense public policies.

The 2021-22 liquor excise policy of India’s most populous state is aimed at promoting drinking soft liquor like beer or wine over hard ones such as whiskey, vodka, etc by tweaking the tax structure. While this one step has been so obvious to policy makers to bring a transformation in drinking habits of Indians that will be greatly beneficial, states have been hesitant to reform excise policies for fear of losing revenue. This is more true post enactment of a national Goods and Services Tax which has curtailed their discretion in imposing taxes limiting their autonomy to a few big areas such as liquor, electricity and oil.

Meanwhile, alcohol consumption has been increasing in the country jumping 38 per cent between 2010 and 2017 from 4.3 to 5.9 litres per adult per year. Though, it’s still low compared to the United States (9.8 litres), Europe (where the figure for some countries is more than 12 litres) or China (7.4 litres), difference is that while Indians get high on hard liquor, people in aforementioned countries prefer drinks with less alcoholic content - like beer and wine.

Compared to eight per cent Indians who consumed beer in 2018 (and less than one per cent who preferred wine), 30 per cent Chinese drank beer (and three per cent took to wine). Worldwide, beer is the second alcoholic beverage in terms of pure alcohol consumed (34 per cent) followed by wine (12 per cent).

India’s problem is apparent to any casual observer - heavy tilt towards hard liquor. And one of the biggest factors responsible for this situation is our tax structure which incentivises drinking hard liquor.

For instance, in Delhi, a whiskey brand in the lower price segment costs a customer around Rs 400 for 720 ml, which means that for roughly Rs 100, you get 180 ml. With alcohol content above 40 per cent, it translates to around 70 ml of pure alcohol per Rs 100, i.e. Rs 1.4 per ml of alcohol. Kingfisher beer, which is the cheapest, costs Rs 100 for a 650 ml bottle. With five percent alcohol content, it means you get only about 33 ml of pure alcohol for Rs 100, translating into a cost of Rs 3.3 per ml of alcohol.

If you want good buzz for every buck, it makes immense sense to opt for whiskey over beer in India. That’s exactly what most people do.

To change the scenario, it’s quite obvious that the governments should cut taxes on beer and wine and increase them on hard liquor with high alcohol content. Another low hanging fruit would entail giving departmental stores a separate license to sell softer drinks (at least those brands which have alcohol content equal or less than five per cent).

The Uttar Pradesh government has taken some right steps in this direction. The 2021-22 excise policy that will come into force starting tomorrow will make beer cheaper while hard liquor will sell at slightly higher rate. The government has not only slashed duty on beer from 280 per cent currently to 200 per cent, it has decided to not raise excise fee on beer vends while increasing the fee by 7.5 per cent for other liquor vends which will make some brands of liquor costly by 15-20 per cent. This may not achieve the ideal situation in favour of softer drinks but it’s a step in the right direction.

Additionally, the Covid-19 cess that the state had imposed last year has been cut by half on wine, local alcoholic beverages and foreign liquor. This will ensure that prices are competitive with those in neighbouring Haryana, Delhi and Rajasthan and there is no smuggling from across the border which will result in loss of revenue to the exchequer.

While beer consumption was not so great before the coronavirus induced lockdown, it went for a toss this fiscal year and sales fell by 35 per cent in the April-November period (only 17.28 crore beer bottles were sold in the state against 27.08 crore bottles last year). The government hopes to give impetus to the struggling sector by providing much needed support via lower taxes. Another decision that will help ease the burden is allowing vends to sell beer bottles upto nine months from the date of packaging (earlier the expiry date was mandated as six months. Though shelf life of beer is much more, sellers were forced to dump the unsold inventory prematurely due to irrational regulation).

The government’s latest policy is also aimed at promoting wineries and microbreweries in the state. Microbreweries will now have the option to get a license for three years rather than going through the process of renewing it annually. Wines made from locally produced fruits shall be exempted from excise duty for a period of five years and vintners shall be allowed retail sale of wine. This will also help farmers who are diversifying their crops from grains to fruits. Also, liquor with low alcohol content shall be permitted to sell in foreign liquor retail shops, model shops and premium retail vends in addition to beer shops.

There are many other reforms that the government has initiated - simplifying the processes for brand registration, trademark registration, label approval, etc to promote UP made liquor to other states and outside India, providing good quality UP Made Liquor at lower rates so that people don’t take to spurious liquor (which kills scores of people every year in UP), implementing the system of sale of liquor in retail shops using PoS machines, etc. However, the limited point of this piece was to highlight the government’s decision to have a rational tax structure which takes into consideration alcohol content while imposing duties.

Recently, other states have also tweaked policies to move in the same direction. Notably, Haryana made encouraging ‘consumption of low alcoholic content liquor as compared to hard liquor’ as one of the notable features of its excise policy last year. While UP has also cut excise duty on beer like Haryana, the latter had created a new category of ‘super mild’ beer which will attract the least duty - something that UP can think of emulating. Like New Delhi, it can also think of giving license to departmental stores to sell low alcoholic beverages such as beer and wine.

There is a lot of room for improvement but for now a policy that seeks to promote beverages with low alcohol content in a country which is crazy for hard liquor is most welcome. Yogi sarkar deserves plaudits for steering the excise policy in a sensible direction. The state and its people will benefit in the long run if it’s able to effect behaviour change among the masses.