Will The Real Core Hindu Please Stand Up? 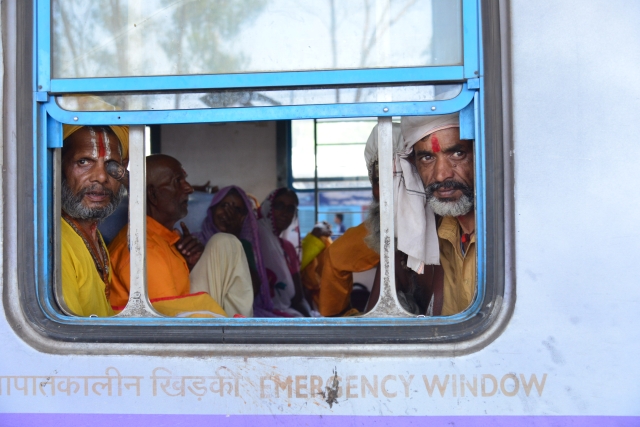 Will The Real Core Hindu Please Stand Up?

An article in these very pages recently forced me to ask this question to myself. As in spite of being, to quote from the article, “a core Hindu”, I shared very few, if any, concerns represented in it.

The article opens in a near left vein of painting a gloomy picture of the present day situation - gross domestic product rate, tax terrorism etc before hitting its stride with the bold assertion that the economic disappointment pales in comparison with “hard-core Hindu vote base” of the party.

Once again, will the real core Hindu please stand up? In the last election, about 17 crore people voted for Narendra Modi-led National Democratic Alliance (NDA). Exactly how many of those were the “hard-core Hindu vote base” and how many were (by logical extension) softcore Hindus or non-Hindus? This point worries me in particular, because usually cultural right is very disdainful of electoral process (their derision about Rashtriya Swayamsevak Sangh’s (RSS) intellectual base arises out of the belief that winning elections does not require real intelligence) and still they are always muscling their way to the front when it comes to taking credit.

The article quotes Indologist Prof Koenraad Elst where he claims Modi was called Hindu Hriday Samrat. Really? As far as I could tell, even as the chief minister of Gujarat, Modi was never very popular with the far cultural right, and the only leader to be given the above title was Shiv Sena founder and supremo late Balasaheb Thackeray. Prof Elst further claims that media painting Modi as Hindu fanatic “unintendedly worked in Modi’s favour (in 2014)” Once again, the assertion that for many Indian Hindus like me, the mistaken belief that Modi was a Hindu fanatic would have been a qualification is deeply disturbing. Ironically, while Prof Elst claims that ordinary Hindus bought the media rhetoric about Modi, he himself seems to have fallen for another popular media rhetoric, viz, majority of Hindus in this country are fanatics and would love nothing more than a Hindu dictator.

I have no doubt that media’s persecution of Modi helped him in gaining certain sympathy, but you don’t go from 116 to 282 in five years on sympathy alone. Modi’s record of development in the state and his charisma combined with RSS’s steely infrastructure on the ground made the 2014 landslide possible. Handing over the credit to hardcore Hindutva is not only unfair to Modi and a large part of his support base, but is actually a validation of the opposition argument.

The article further states: “the Hindu vote base of the BJP had hoped that Modi would crack down on this Congress mind set of divide and rule. Perhaps they even expected that the party would take up old demands such as the Uniform Civil Code, repealing of Article 370, and building the Ram temple at Ayodhya. But these issues have been relegated to the backseat, just as they were in the party’s election manifesto, where they featured on the last page”.

This is a bit of a contradiction in itself. If the aforementioned objectives were mentioned on the last page of the manifesto, isn’t the party simply adhering to the manifesto by giving them less priority? The expectation that the party should change its priorities post-election can be seen as a tacit admission that these so called “core” issues, if put on the front page, would not have made for an attractive manifesto. Do we expect Bharatiya Janata Party (BJP) to pull wool over its supporters’ eyes by first creating a manifesto likely to appeal to them and then following a completely different path once in power?

The article further quotes Prof Elst as claiming that Bharatiya Janata Party has done nothing to scrap the Right to Education (RTE) Act and that development is of no use if hundreds of Hindu schools are being closed as a result of this act. Both these statements require us to pause and analyse carefully.

To start with, once more, scrapping RTE was never part of BJP’s electoral promise. How does one blame them for not doing something they never promised in the first place? Also, as a close friend pointed out, millions of students from the economically weaker section (EWS) have benefited due to RTE and a large majority of them are Hindus too. At a practical level, if the law was to be scrapped, what is the containment strategy for the widespread electoral backlash from the parents that is bound to ensue?

Interestingly, in all the discussion I have had on RTE, the claim that hundreds and thousands of schools are being closed due to RTE is supported by virtually no proof at all. When questioned, this is deflected with either rhetoric (how many closed schools are enough for you?) or with data about notices sent to schools. Once you introduce statistics to back your case, you can’t walk back and say even one school closed is one too many. Lastly, and I can’t stress this enough, notice is not the same as closure. To give an example from another field - using the number of notices sent as evidence for actual school closures is like listing the number of diabetic patients in India (roughly 7 crore) and claiming that to be the number of deaths (which is closer to 3.5 lakh) caused due to the disease.

The article further quotes Ashish Dhar, a Kashmiri Pandit well known on social media for his penchant for parody poems as well as for his no-holds barred criticism of Narendra Modi and his supporters. I completely agree that the exodus of Kashmiri Pandits remain a collective failure for India. And hence Dhar’s bitterness must be viewed in context. However, in the article he quotes Union Home Minister Rajnath Singh as saying that the government has no strategy for sending Kashmiri Pandits back to Kashmir. As the article gives no hyperlink, I did a Google search and at least a search using the same words as in the article, which did not yield any result. Also the article or Dhar fail to mention that the government stepped up anti insurgency operations that has neutralised many dreaded terror operatives like Abu Harris, Abu Mansoor, Abu Maviya, Burhan Wani and Sameer Ahmed aka Sameer Tiger along with arrests of businessman cum terror bagman Zahoor Ahmad Watali. If the exodus of Kashmiri Pandits was primarily due to the armed Islamic terrorism, then any steps taken to combat them surely deserve a mention in a discussion about the government’s performance in Jammu and Kashmir.

The other two legitimate complaints made in the article have to do with the government’s failure to clean up the Central Board of Secondary Education (CBSE) textbooks of distorted history belonging to the Congress era as well as the failure to clean up the academia off its leftist influence. But there too again, the article fails to mention leaders with strong credentials like Vinay Sahastrabuddhe and Sachchidanda Joshi (just to quote two examples) taking over institutions like Indian Council for Cultural Relations and Indira Gandhi National Centre for the Arts, respectively. Once again, it is not the lack of legitimacy of the complaint itself, but the decision to keep the positive aspects out of the story that should worry us.

However, the two biggest red flags in the articles are statements made by Prof Elst and Hariprasad N and they both merit separate discussion.

As mentioned earlier, Prof Elst mocks the development initiative of the government asking what use is it when Hindu schools are being closed down etc. We have already seen the falsehood that is being spread about school closures, but the first part, viz. development is of no use if the cultural issues are not addressed, is equally worrisome. Very often, this argument is put forward by people who have been enjoying the fruits of these developments (like a LPG connection) for many years before 2014. It is always easy to convince yourself and others that things like LPG connection and sanitation are not important or “core” once you have been benefiting from them for all your life.

This is the classic, “I have had mine but you can’t have yours” complex and it has the power to alienate the working class from the BJP much as mindless pursuit of boutique issues (like gender neutral bathrooms) has pushed the working class away from the Democratic Party in the USA. When I went to school, the BJP was known as Shethji-Bhatji (trader and Brahmin) party. It has taken decades of hard work on the part of political leaders as well as RSS to help the party emerge as one with a broader appeal. This constant dissing of development by people whose own lives will not be affected by a lack of it is threatening to undo the good work of years.

Similarly Hariprasad concludes by saying, “Also the blind backing by a huge number of followers without making leaders accountable is dangerous.”

The cultural right understands the power that the nameless, faceless millions who put their faith in Modi in 2014 and are largely satisfied with his performance in the office, wield over the discourse. Naturally, many prominent cultural right wingers are especially harsh on this part of the base, naming them “Bhajani Mandali/Kambhakts” among other things. But if you look past the angry rhetoric a more insidious agenda emerges.

You see, for many years, government policies were largely run by a group of intellectuals with a very firm view of Indian discourse. With channels like academia, media and entertainment largely favouring their brand of politics, these intellectuals could indulge in their social engineering experiments without worrying too much about elections. The advent of social media changed all that and gave voice to common people and that was partly responsible for the 2014 result. However, many on the right, although fiercely critical of Congress’s policies of those years, are also secret admirers of the system of a few intellectuals making decisions and deciding priorities on behalf of over a billion people. The problem only gets compounded when they realise that unlike left, which had a few decades of uninterrupted run, they live in a social media age where ordinary member of the Bhajani mandal can stand up and ask them how come they get to decide if toilets for rural women are less important than scrapping RTE.

And that is what makes that ordinary guy “dangerous”. Ironically, as opposed as they are ideologically, the intellectuals on the left and those on the cultural right converge on their contempt for electoral process as well as for the ordinary man with a voice.

It is for the ordinary man or woman to understand the power he/she has today and remind oneself that this power, like muscular power falls into “use it or lose it category”. If you allow your hard earned verdict get hijacked by a few conniving individuals, so that they could follow their agenda, you will be back to the good old Congress days in no time. To make matters worse, unlike the intellectuals on the left, this group also has the power to anoint you as a “core Hindu” or relegate you to the miseries of “dhimmi-hood”.

Like The Who song says, “Meet the new boss, same as the old boss”.