E-Future: What Telangana Hopes To Achieve With The Estonia Tie-Up 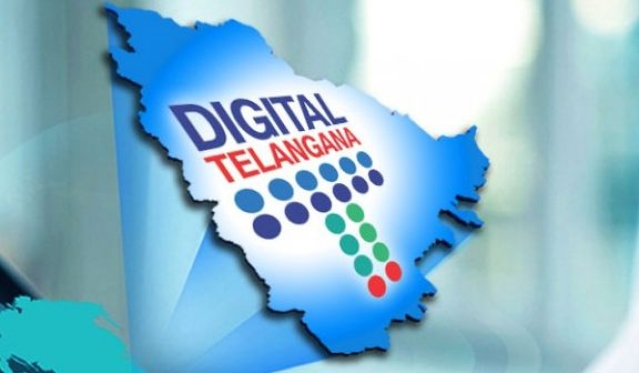 Telangana recently inked a Memorandum of Understanding with Estonia, one of the smallest countries in Europe, for partnership in the area of e-governance.

Telangana has roughly been known as a leader among Indian states in this field. The state’s strides in information technology (IT) and industry are propelled by the business and technology ambitions of K T Rama Rao, the IT, Urban Development and Industries Minister; spurred in part by competition with Andhra Pradesh (which is headed by a known digital pioneer), and given wings by the state’s Uber-dynamic Principal Secretary-IT, Electronics and Communications, Industries and Commerce, Jayesh Ranjan.

Ranjan has more often than not demonstrated a sound sense of judgement and a tenacity to get things done. He was the one who persisted with IKEA and finally got it to Hyderabad, though the company was in talks with several Indian states over four years. Perhaps, Ranjan’s enviable educational and professional background puts him at an advantageous position, with the list of alma maters including Delhi University, IIM Calcutta, public management from National University of Singapore’s School of Public Policy, and short courses from London School of Economics, Harvard University, JICA and University of Birmingham and others, apart from consultancy assignments for World Bank, UN-ESCAP, NGOs and others.

As IT Secretary of Telangana, Ranjan’s task is to develop policy frameworks, attract new investments, identify opportunities for utilising IT in various government processes, and promoting digital empowerment of citizens.

The tech savvy, media-savvy and suave officer is quick to catch on to trends and bring them to his state. And though Hyderabad did not make it to the ‘smart cities’ list, Ranjan wants to take it “even beyond a smart city”. This is being done with the help of startups, which we come to later.

Some interesting initiatives that the state is working on include “T-fibre” – to leverage the trenches dug for Mission Bhagiratha to lay optic fibre cable – that would provide network access to 83.58 lakh households. The government with the help of a startup called Radical Tribe developed mWallet app that can store all kinds of RTO-related papers on your phone. The startup now has got orders from eight other states to develop a similar app.

T-Hub has been Telangana’s startup ecosystem enabler – an incubator – for three years now. It is a partnership between IIIT Hyderabad, NALSAR and ISB Hyderabad that provides access to investors, mentors and academia at one go. T-Hub has taken it further to T-Bridge, a program at Silicon Valley that will enable startups around the world to exchange ideas, transfer knowledge and create a network of mentors, VCs, incubators and accelerators.

Then, CISCO, the American software company, had earlier this year entered into a partnership with the state government to establish an internet of things (IoT) innovation hub and a digital zone smart city project; the latter was to include smart parking, Wi-Fi, lighting, analytics, smart waste management, and other initiatives. CISCO is doing a pilot project in Hyderabad wherein a remote expert governance services has been developed, as part of which citizens will get access to all government-related services at one place. A centre of excellence was also set up as a platform to bring together all stakeholders in IoT and cyber security.

In May this year, Hyderabad Security Foundation (HSF), India’s first cyber security cluster was launched through Indo-Dutch cooperation; the focus is on counter terrorism and information sharing. This launch will is a major move for Hyderabad into the global cyber-security ecosystem, with emphasis on critical information infrastructure protection, government network, e-governance, education and skill training, security software development, innovation of products ban services, etc.”

Now, come to Estonia. Estonia is a small country, but one of the most digitised countries in the world. Estonia uses a digital platform called X-Road, which works like an app. Almost all businesses and individuals can make their products and services online and various services, departments and businesses are also linked digitally via X-road. Each citizen has a digital ID issued by the government that can be used to access public services, pay taxes, etc. Reportedly, 99 per cent of the country’s services can be accessed online and even voting in elections can be done online. As per reports, the Union IT Ministry is working closely with the country in e-governance, and IIT Delhi also has ties with technology universities in Estonia.

Among Indian developments related to Estonia, two have been in the news specifically: one, is Reliance chairman Mukesh Ambani’s joint venture with Estonia for e-governance solutions – Ambani had reportedly take e-citizenship there in May this year. The other is Telangana’s tie-up.

Estonia’s “e-residents” format allows foreign individuals to do business without creating physical infrastructure there. Of the 50,000 e-residents from across the world, 1,600 are Indians. Several Indian e-commerce and fintech companies also operate there, with costs of operating almost 50 per cent lower than other Scandinavian countries. This also becomes a sort of gateway to Europe, for expanding business.

In the area of startups, Estonia’s state-backed initiatives are widely acknowledged; the country has nearly six startups per 100,000 people, and incidentally, Skype also originated in Estonia.

Cyber hygiene is particularly emphasised in Estonia and the country was notified as a NATO Centre of Excellence in cyber security after it made several efforts to secure itself following a cyber-attack in 2007. This has helped bring down cyber-crimes and vulnerabilities. Small wonder then, that it should find itself at the centre of attention right now, with concerns in this area assuming obsessive proportions.

Some thoughts that Ranjan shared in an interview to Information Security Media Group, earlier this year, were pointers to top-of-mind concerns of the policymakers currently. He said, “We have pooled in resources by creating a Hyderabad Cluster; all homegrown companies in Hyderabad in the domain of cyber-security are members and we encourage them to identify niches that have not been filled up. They design products, solutions which we onboard in a proof-of-concept manner within the government system first.”

The other important point he made was about collaboration: “Collaboration is key because the requirements are so vast and so dynamic as new kinds of threats come, and despite all awareness, people still fall prey to phishing attacks. No one person can have comprehensive solutions to everything, so learn to collaborate, identify niche areas where someone has done some work and build up on it.”

Ranjan also brought up the vulnerability of government’s valuable databases, which has often seen serious breach attempts against it. He believes that once we have acknowledged the problem of security, a strong institutional mechanism for comprehensive protection should be created and implemented rigorously. That would be with the help of partners – private sector, cyber security companies, new technologies – to find niche solutions. Also, every person’s risk profile should be prepared and his or her digital footprints followed.

These may sum up Telangana’s enthusiasm for tie-ups in general, and where the state is coming from, in the case of the Estonian tie-up, in particular. The technology is safe and current: it is block chain-enabled and stores every citizen’s data in separate databases, documenting every interaction with the data. This latter feature enables winning the trust of the people, because they know who accessed their data and for what.

Of course, two things that work to Estonia’s advantage are one, its small size, which makes things easier to implement; and two, like the country’s president Kersti Kaljulaid said, “because Estonian citizens are more likely to trust their government to understand the digital environment”, as Fortune magazine reported.

For Telangana, Estonia holds up aspirational standards. Yes, size will be an issue, but more crucial will be winning the people’s trust. And that, perhaps, is what the Telangana government and its chief IT stalwarts must aspire for simultaneously.