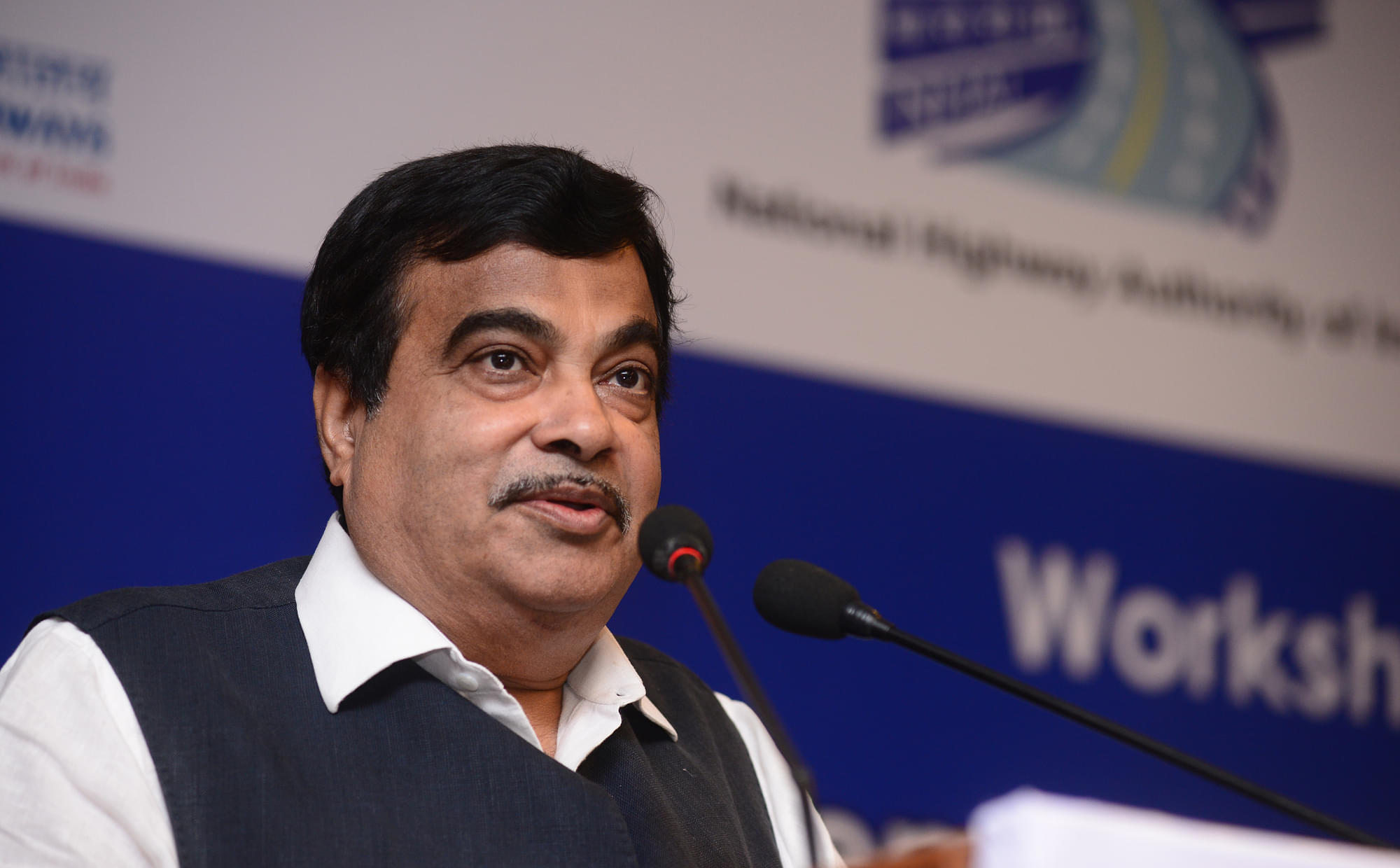 If there is one minister in the Narendra Modi government who has delivered in spades, it is Nitin Gadkari, Union Minister for Road Transport, Shipping and Waterways. While there are several other ministers who have performed extremely well – Piyush Goyal, Dharmendra Pradhan, Sushma Swaraj and Suresh Prabhu, to name just a few – no one has surmounted challenges like Gadkari has.

Consider the roadblocks he negotiated. The United Progressive Alliance (UPA) left behind a Land Acquisition Act that made road acquisitions exorbitantly expensive. Initial attempts to amend the act were junked by a united opposition which used its majority in the Rajya Sabha to send it to a committee that effectively killed the amendments. The UPA also left behind a raft of incomplete and unviable road contracts, and it was left to Gadkari to scrap some of them and re-engineer the schemes into hybrids to make them work.

In his four years at the helm, Gadkari has not only made highway building the most important route to pushing growth at a time when private capital is missing in action, but also rejuvenated the idea of building waterways to improve surface transport options for India.

This is, therefore, the right time to expand his ministry to include civil aviation and railways too.

* In four years, he has more than doubled the daily rate of highway construction to 27 km in 2017-18, more than doubled what the UPA was achieving in its last year. The targets for 2018-19 are steeper – at 45 km day. Gadkari is Modi’s one-man growth-boosting and job creating machine.

* The high cost of land acquisition is being overcome in two ways: one is by reorienting road alignments between two nodes to go through less developed areas, and the other is to shift to a TOT (toll, operate and transfer) model, where the Centre acquires the land, and tolling is given to private operators. Costs in both the Delhi-Jaipur and Delhi-Ahmedabad-Mumbai Expressway have been brought down drastically through this method of realignment. From Rs 7 crore a hectare, acquisition costs are now down to just Rs 80 lakh in the Delhi-Mumbai highway, according to Gadkari.

* The funds crunch is being mitigated by monetising existing highways and hawking them to the highest TOT bidders. In a recent interview to Business Standard, he said of the nine highway segments offered for bids, the expectation revenue was Rs 6,000 crore, but he got Rs 10,000 crore. More money will be raised by listing the National Highways Authority of India (NHAI), while the bond market is always there for debt raising. His ministry can raise upto Rs 5 lakh crore in debt, if it wants to. He is the one minister who says he doesn’t need more government money.

* Since taking over, Gadkari claims, he has rescued banks from potential bad loans of over Rs 3 lakh crore, thanks to 403 highway projects worth Rs 3.75 lakh crore that had got stuck under the UPA regime. Even if this an exaggeration, there is a lot of truth to the assertion.

* Some 111 waterways are being created, of which 10 may be operational in the current financial year. A massive Rs 5,000 crore is being invested in the Ganga waterway, which will be National Waterway No 1. The rivers Brahmaputra, Mandovi and Zuari are next (in Goa), followed by Amba (Maharashtra) and Brahmani (Odisha).

The point of taking the time to sing Gadkari’s praises is not to paint him as god’s gift to National Democratic Alliance (NDA), but to underscore the reality that when talent is short, the government must give its biggest challenges to the best people it has.

In fact, the logical thing to do is to create an omnibus transport ministry, which includes not only roads and shipping and waterways, but also aviation and railways under it.

There are four reasons why this is worth considering, apart from the fact that Narendra Modi does have a Gadkari to run them all.

First, transportation – whether of people or goods – is no longer unimodal for any class of traffic, whether passenger or cargo. You need a mix of roads, railways, waterways and airways to handle growing demand for mobility in a complex country like India. This means planning for the transport sector must be integrated, with all sectors being optimised and aligned. If road transport is the best way to move goods over short distance or through hilly terrain, there is no point trying to run trains to such places of enormous costs. If you run the railways ministry as a standalone, the only way to respond to the demand is by building costly tracks for ill-frequented routes. If a bullet train is going to prove time- and cost-competitive with airlines on some routes, the airports authority can focus its spending on airports in places where trains can’t reach, or buses are too tedious to run.

Second, financial leveraging. It is apparent that Indian Railways, despite having three ministers so far in the Modi government, two of them very capable ones, has not been able to make the kind of splash Atal Behari Vajpayee made with his Golden Quadrilateral. With privatisation a non-starter due to union pressures, revenues have to come from privatisation of stations and corporate branding of trains, apart from the monetisation of land, listing of railways-run companies (RITES, the coach factories, etc). Having the same minister who met the challenges in roads to try his hand in railways should be the obvious next thing to do. With Piyush Goyal (currently Railways and Coal Minister) also holding part-time charge in the Finance Ministry in Arun Jaitley’s absence, it may be a good time to consider giving him a permanent slot in finance (he is a CA and understands finance). The experiment with integrated ministries can begin with ministries in transport. Minimum government, maximum governance can begin here. If the experiment works, more ministries can be merged after 2019. In case Jaitley returns to finance, Goyal can be given an integrated energy ministry (which would include petroleum) to run.

Third, integrated ticketing is also vital. In India, a person travelling from Mumbai to a small town in, say, Assam would probably do well to fly part of the distance, cover the local leg by train and the last mile by bus. One wonders why the traveller has to buy three tickets and move from airport to railway station and then a bus station. One through ticket should be the norm, if linkages and transport connections and timetables are realigned to make this possible. It can’t happen if railways, civil aviation and roads are under different ministries.

Fourth, integration will cut costs and create new opportunities for monetising assets. Today, bridges are built separately for roads and railways, though there are a few instances of road-cum-rail bridges. One wonders whether future development should include common land acquisitions where all needs are taken into account, and the acquired land is used not only for building tracks and roads, but also optic fibre, solar panels and gas or water pipes. At some point, Transport Ministry land can be used for vertical housing or manufacturing zones. The omnibus transport ministry will be India’s biggest landowner. This land can be endlessly monetised.

The case for an integrated transport ministry has never been stronger, and Nitin Gadkari’s performance almost invites the change.