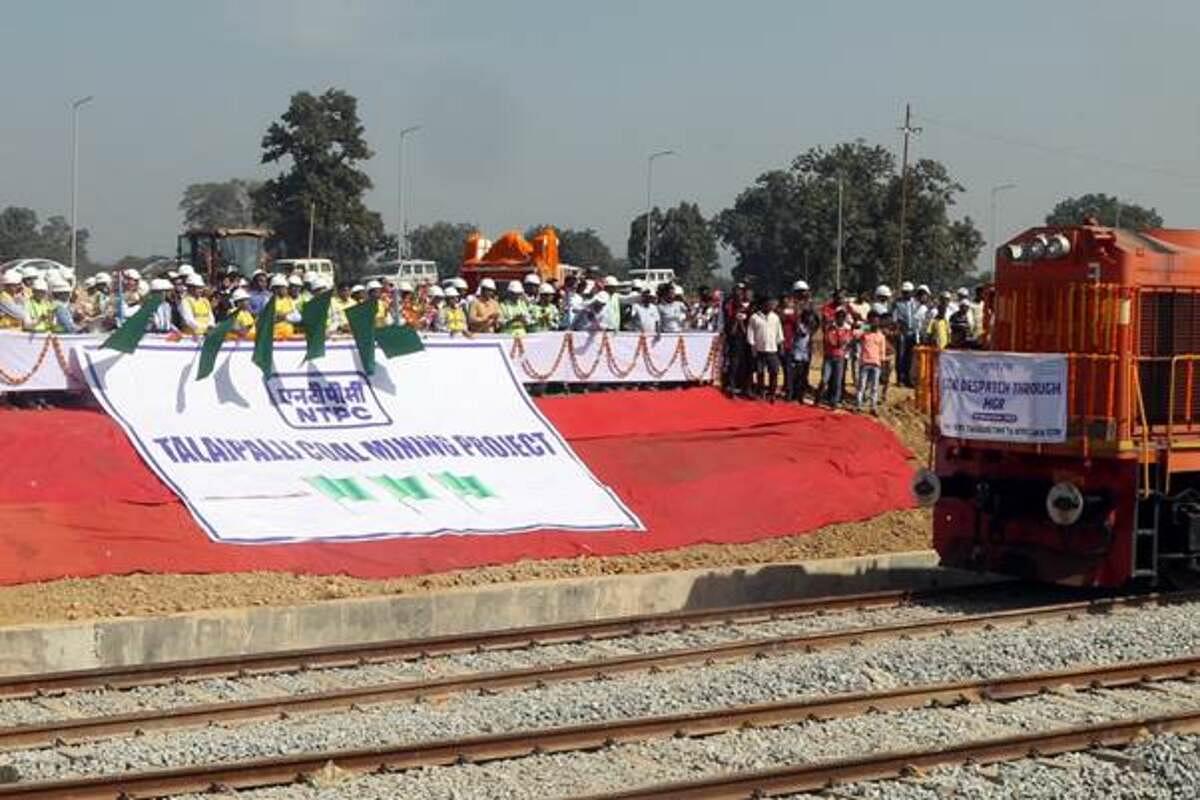 The MGR system is a dedicated rail network from coal projects to pit head power plants, for transporting coal from coal mines to power plants.

The 65-km-long MGR system from Talaipalli to Lara will ensure hassle-free coal transportation, enhancing fuel security to the power plant operated by NTPC.

The commencement of rake loading paves the way forward for Talaipalli mine to dispatch coal in a smooth and eco-friendly manner, to meet the coal requirements of 1,600 MW NTPC Lara.

This will go a long way in avoiding power crisis seen during September-October 2021 and April-May 2022, on account of poor coal supplies.

At least twice last year, India experienced severe coal crises with more than 100 of 285 thermal power plants seeing coal stocks fall below the critical mark of 25 per cent of the required stock.

Faced with frequent coal shortages in the country resulting in power crisis, NTPC has stepped up its captive coal production reducing dependency on Coal India for its fuel needs.

Coal mining is integral to NTPC’s fuel security strategy, which believes that greater self-reliance on coal will go a long way in ensuring sustained growth of generation.

NTPC is developing six coal blocks allocated directly to it, for captive consumption of the coal.

The coal mines that produce coal solely for their own use are known as "captive mines".

The coal, from captive coal mines, is much sought after in NTPC power stations because of its consistent quality, size and absence of any shale or boulder.

The total peak rated annual production capacity of these coal blocks is estimated to be 71 million tonnes (MMT) to fuel approximately 15 GW of NTPC.

NTPC has declared commercial operation of its three mines — Pakri-Barwadih, Dulanga and Talaipalli in Chhattisgarh.

Other mines are in development stage and expected to start coal production in near future.

As a part of backward integration, NTPC forayed into the coal mining sector, and so far, its operational mines have delivered more than 48 MMT of coal to more than 22 thermal plants of NTPC.