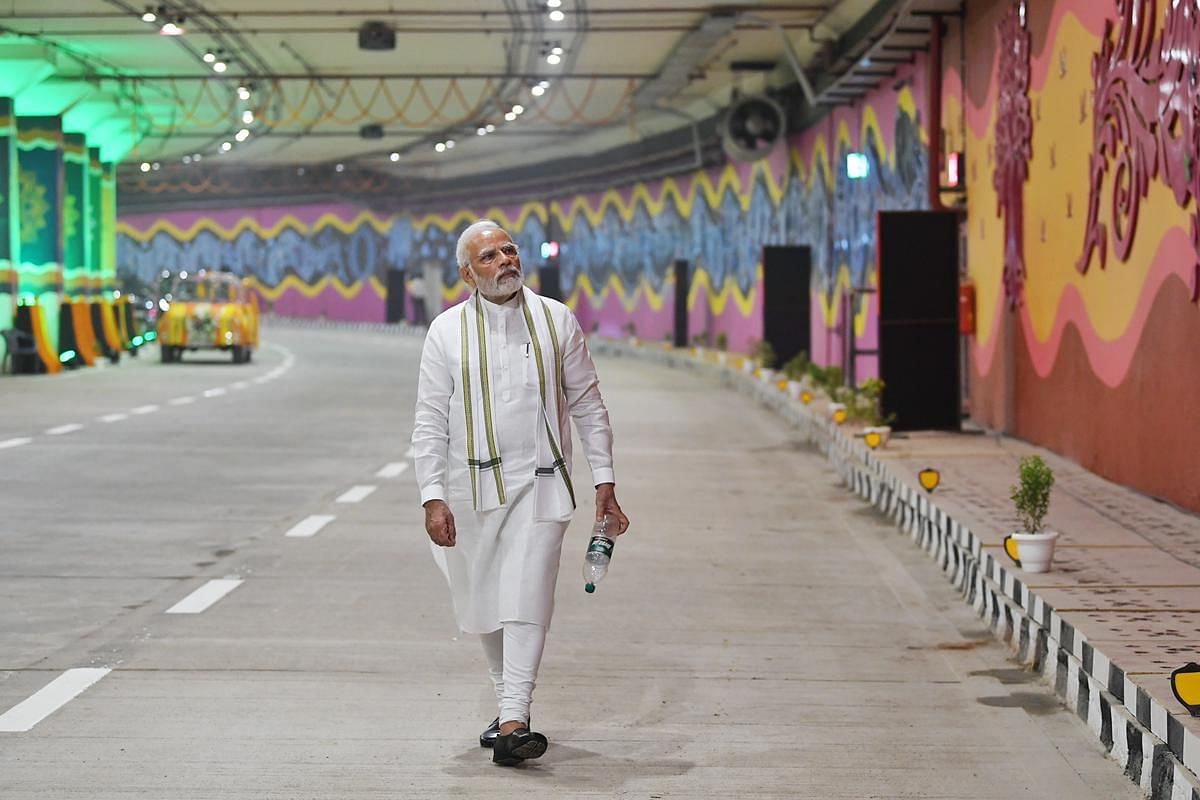 This project has been built at the cost of more than Rs 920 crore to provide hassle-free and smooth access to the new world-class exhibition and convention centre being developed at Pragati Maidan, thereby facilitating easy participation of exhibitors and visitors in the programmes being held at Pragati Maidan.

Addressing the gathering, the Prime Minister called the project a big gift from the central government to the people of Delhi. He recalled the enormity of the challenge in completing the project due to the traffic congestion and the pandemic.

"The Government of India is working continuously for state of the art facilities, exhibition halls for world class events in the capital of the country. Establishments like the International Convention and Expo Centre in Dwarka and the redevelopment project in Pragati Maidan are part of it," PM Modi said.

The PM said that his government had taken unprecedented steps to solve the problems of Delhi-NCR. He said metro service in Delhi-NCR has more than doubled from 193 km to 400 km in the last eight years.

"During the 'Amrit Kaal', it is necessary to expand the scope of metro cities of the country and work with better planning in Tier-2, Tier-3 cities. For India's rapid development in the coming 25 years, we need cities to be made green, clean and friendly. If we take urbanisation as an opportunity rather than a challenge, then it will contribute to the manifold development of the country," PM Modi said.