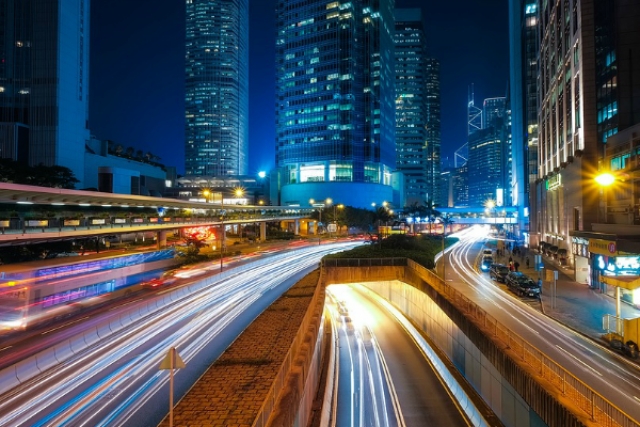 Representative image of a ‘smart city’

The Smart Cities Mission, one of the many flagship projects of the National Democratic Alliance (NDA) government, is set to complete four years later in June this year. In Prime Minister Narendra Modi’s own words, the process of urbanisation was to be seen as an opportunity and not an obstacle in the path towards country’s economic growth.

The government, in strategy, does not restrict itself to any standard definition of a ‘smart city’, and rightfully so. Given how each city is different with respect to its population, culture, and economic and commercial centres and prospects, having a one-size-fits-all approach for smart cities would be as meaningless as hoping for every constituency in every state to manufacture nothing but smartphones.

When it comes to the process of urbanisation, the government has its heart in the right place. Mainly, the Smart Cities Mission aims to revamp the core infrastructure elements in any city, thus enabling better standards of living and enhanced commercial activity that drives urban growth.

Public transport finds mention as one of the 10 primary principles of infrastructure development. However, it takes into account a conservative perspective where the focus is only to help public transport solutions exist, leaving their efficiency to time and technology solutions.

For long, the idea of using public transport in India has been confined to reducing traffic in a hope to eliminate congestion from city roads but without any success. While the government has been swift in adding more public transport projects and buses for commute within cities and states, the rising number of private vehicles has added to the stress on the streets, proving to be a major hindrance to the idea of smart urbanisation.

According to a 2017 report on public transport solutions by KPMG, India’s public transport must complement its urban population growth, which is all set to host 40 per cent of the population by the end of the 2020s with its contribution to the gross domestic product (GDP) being more than 70 per cent.

To host this rush to the economic centres of the country, the Ministry of Housing and Urban Affairs would have to invest more than Rs 2,175,600 crore (US $333 billion) in roads and mass transit systems across the next decade.

This is where efficient public transport solutions become vital in the grander scheme of urban design and development. As seen in the case of the National Capital Region (NCR), pollution can dampen any growth prospects.

Lately, the government has been successful in creating infrastructure, like the Eastern and Western Peripheral Expressways. This has enabled the heavy vehicle traffic, mostly trucks passing through Delhi destined for other states, to bypass the city altogether, thus easing the traffic stress. However, even in its success, the solution has come too late, for the region is already suffering from the adverse effects of pollution.

There is nothing smart about a city without economic viability. Therefore, the 99 cities shortlisted by the NDA government would require not only infrastructure that enables them to be economically competitive and self-sustaining in terms of financial resources and employment but also transport solutions that act as a bridge between these centres and the 500 million people that will crowd them for work and residence.

For smart cities, along with economic centres, safe and secure residential spaces are also important. As seen in the real estate sector, construction of apartments and townships precede the existence of expressways or roads that connect them to the cities. The price of a home on the outskirts of any second-tier city like Chandigarh (chosen to be a smart city in the second round) depends on the connectivity it has to the commercial centre. Therefore, for a significant period, these real estate projects find no takers, even at a cheaper price.

Bengaluru, touted as the most tech-savvy city of India, has also failed to address this challenge. Concerning infrastructure, the city has grown leaps and bounds in the last decade, but the connectivity solutions have fallen way behind. While Bengaluru Metro may offer a ray of hope for commuters, it is going to be a work-in-progress for years before it can evolve as the first choice for most workers, as seen in NCR for people travelling to work to Gurugram and Noida from New Delhi.

For public transport and urban design, the government needs to think beyond congestion, too. While congestion helps urban developers reflect upon the time taken to get from one area to another, it talks nothing about the area. For instance, a seven-minute drive around the Rajiv Gandhi Technology Park in Chandigarh may feel far more convenient than a 70-minute car ride around Electronic City in Bengaluru.

However, it must be taken into account that the latter gets an urban worker in touch with better economic and commercial centres, both in terms of scale and quality.

For long, the biggest hindrance for people looking to switch to public transport has been accessibility.

A study conducted by the World Bank on pedestrian accessibility offers some perspective. Comparing three major financial centres of the world – Beijing, New York, and London – the study provided insight into how setting up public transport was not enough.

Assuming that the average walkability of any worker falls in the range of 20-25 minutes, the commercial centre or job location in the city would have to be within this walkable range for a public transport solution to be successful. Else, people will resort to private vehicles.

For the three financial centres, data about accessibility within a 10- or 20-minute walking radius of a major public transit station (MPTS) was found. Even though Beijing had a more robust public transport infrastructure, New York and London were found to have a much higher number of job options as compared to Beijing within a 10- and 20-minute walking radius. A 10-minute commute from the nearest MPTS put New Yorkers close to over 220,000 job options. The number ranged around 140,000 for the ones in London while it was below 100,000 for the ones in China.

The same phenomenon explains the rise of Connaught Place (CP) in New Delhi as the ninth most expensive business area in the world. Given how the area is accessible to commuters from Noida and Gurugram, along with other parts of the city via Delhi Metro, it enables people to get to many commercial centres within 10 minutes. Add another 15 minutes to the walk and commuters can get to the office of any ministry, thus making the area one of the success stories for urban design integrated with public transport solutions.

The same list that puts CP at ninth has Manhattan, New York, at sixth, the financial centre of Beijing at third, and London at second place in terms of annual rent. The skyrocketing rents reflect the exuberance in the economics of these centres.

Thus, accessibility should be the defining factor in integrating urban design with public transport solutions, as they result in the reduced use of private vehicles, facilitate enhanced economic activity, and ease the stress on the environment.

The centres in New York and London were ahead of Beijing in helping commuters get to their job prospects and commercial centres, as the land use was done keeping in mind the public transport infrastructure. While the government should look to replicate the success of CP across smart cities in India, the urban design should be integrated with many MPTSs. For instance, high-density land use with commercial centres built in and a dense network of secondary roads for a pedestrian-friendly environment. A successful case study here would also be Cybercity in Gurugram with its metro station, Cyber Hub.

Speaking to Swarajya, Akash Passey, Senior Vice President, Volvo Bus Corporation, emphasised on rethinking urban development to align it with the idea of getting more people to use public transportation. ‘The efficiency of an urban design must be measured for how well it inculcates accessible, economical, and flexible modes of public transportation’, he added.

Going forward, the government has to go beyond the rhetoric of ‘smart’, ‘tech’, and ‘electric’ to get people to use public transport. Given that an average commuter cares more for their time in the morning than the carbon emissions in the atmosphere, the onus will lie on the government to get people to use transport solutions that are not environment-friendly alone but also economical and time-friendly.

Smart cities must be ranked not only for how clean they are on the ground but for the integrated urban design and transport that enables a cleaner city atmosphere, a move that will negate the probability of another gas chamber like New Delhi.

The NDA government after 2019, if at all, should introduce Smart Cities 2.0 that goes beyond core infrastructure elements and takes into account the bridge that connects economics and public travel for smarter living in cities.

In the film Margin Call, one of the better fictional recounts of the 2008 Lehman Brothers crash, Stanley Tucci, essaying the role of a risk management officer, breaks into a mathematical monologue about a 912-foot bridge he built once over the Ohio River. Used by 12,100 people each day, the bridge reduced 35 miles of driving on each side, thus eliminating 847,000 miles of driving a day or 25,410,000 miles a month, or 304,920,000 miles a year.

In existence for 22 years, Tucci recites how at an average speed of 50 miles per hour (~80 kilometres per hour), the bridge saved the communities on both sides of the drive 1,531 years of their life not spent in a car. The Smart Cities 2.0 requires many such bridges that connect public transport solutions and urban design.