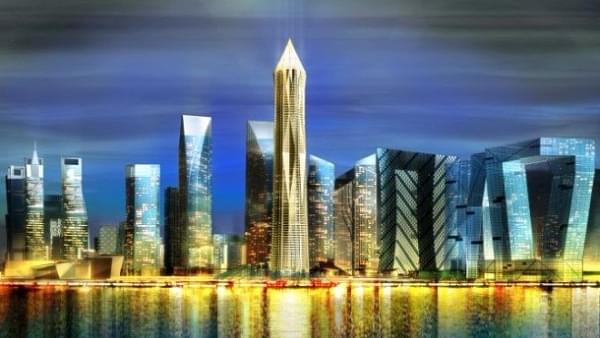 An artist’s impression of “smart cities”

To make Indian cities truly global, the Narendra Modi government had launched its flagship programme, Smart Cities Mission, in 2015. The mission’s objective was to select cities to get central funding through a challenge where municipal bodies compete with one other. Proposals accepted were put on the list of cities deemed to become “smart cities”.

While there is no universal definition for a smart city, the Mission seeks to develop cities through application of information and communications technology (ICT) for efficient management of basic urban services such as water supply, sanitation, housing, waste management, and urban mobility. Its two components include pan-city development, whereby a particular ICT solution is applied to one or more aspects of city-wide infrastructure, and area-based development, which looks at investment in infrastructure creation in a smaller area.

The Mission is operated as a centrally sponsored scheme and the central government will be extending financial support to the Mission to the extent of Rs 48,000 crore over five years (2015-2020), i.e., on an average Rs 100 crore per city per year. An equal amount, on a matching basis, will have to be contributed by the state or urban local body.

As the Mission completes its third year, Swarajya looks at what it has achieved and the promise it holds for the future of urban development in India.

Till now, 99 cities have qualified to receive central funding. The latest addition to the list was made in January this year when nine cities were added in the fourth round of the selection. These were: Silvassa (Dadra and Nagar Haveli), Erode (Tamil Nadu), Diu (Daman & Diu), Bihar Sharif (Bihar), Bareilly (Uttar Pradesh), Itanagar (Arunachal Pradesh), Moradabad (Uttar Pradesh), Saharanpur (Uttar Pradesh) and Kavaratti (Lakshwadeep). Shillong is the 100th proposed city, but it has been given more time to submit its proposal since it failed to submit it in time.

The selected cities have received an investment of Rs 12,824 crore (on 409 projects). Of this, Rs 10,639 crore would be on area-based development and Rs 2,185 crore in pan-city initiatives that would impact 35 lakh persons living in these areas.

According to statistics shared by the Ministry of Housing and Urban Affairs with the Economic Times, the progress on smart cities has been slow. Data show development of 20 “lighthouse” smart cities – those that were selected in the first round in January 2016. According to the data, only 83 of 964 projects (8.6 per cent of the projects) were completed up to 2017. Projects worth Rs 46,800 crore were planned under this phase with a major chunk being devoted to infrastructure (626 projects worth Rs 26,714 crore).

According to data tabled by the Ministry of Housing and Urban affairs in Rajya Sabha on 8 January this year, only 5.2 per cent of total identified projects in 90 smart cities have been completed (this is before the announcement of the nine new smart cities). The data says 148 projects worth Rs 1,872 crore have been completed. Work on another 407, accounting for about 14 per cent of the total investment envisaged under the Mission, has started. Some 72 per cent of the identified projects are still at the preparation stage of the detailed project report.

The Mission is facing several implementation challenges such as lack of sustained financing, lack of centre-state coordination, inefficiency of administration, and the absence of a master plan for some cities. Looking at the official version on the progress, the reason for such a small number of projects being completed thus far is the long gestation periods for large projects, especially infrastructure and retrofitting ones.

The Mission’s future still looks bright with a 54 per cent rise in budgetary allocation in the Union budget presented for 2018-19. This is one of the flagship programmes that the Narendra Modi government is betting on, especially in the run-up to the 2019 general election. The Smart Cities Mission will get Rs 6,169 crore for the next fiscal for development of the 99 selected smart cities. The amount would include Rs 164 crore for capacity building in urban development. The amount allocated to the Mission is significantly higher than the last two years: Rs 4,412 crore in 2016-17 and Rs 4,000 crore in 2017-18.

The industry is satisfied with the Mission’s progress and the continued budgetary support. The view is that the smart cities will benefit vastly from a new ecosystem of infrastructure in which technology plays a key part.

There are also other views that the allocation may not be enough to trigger growth. The current requirement for the mission is projected at Rs 15,000 crore and the budget’s allocation, including for the Atal Mission for Rejuvenation and Urban Transformation, may be short by at least Rs 3,000 crore.

Overall, there is a feel-good factor among industrialists since Rs 2,350 crore worth projects have been completed and projects to the tune of Rs 20,850 crore are in progress.