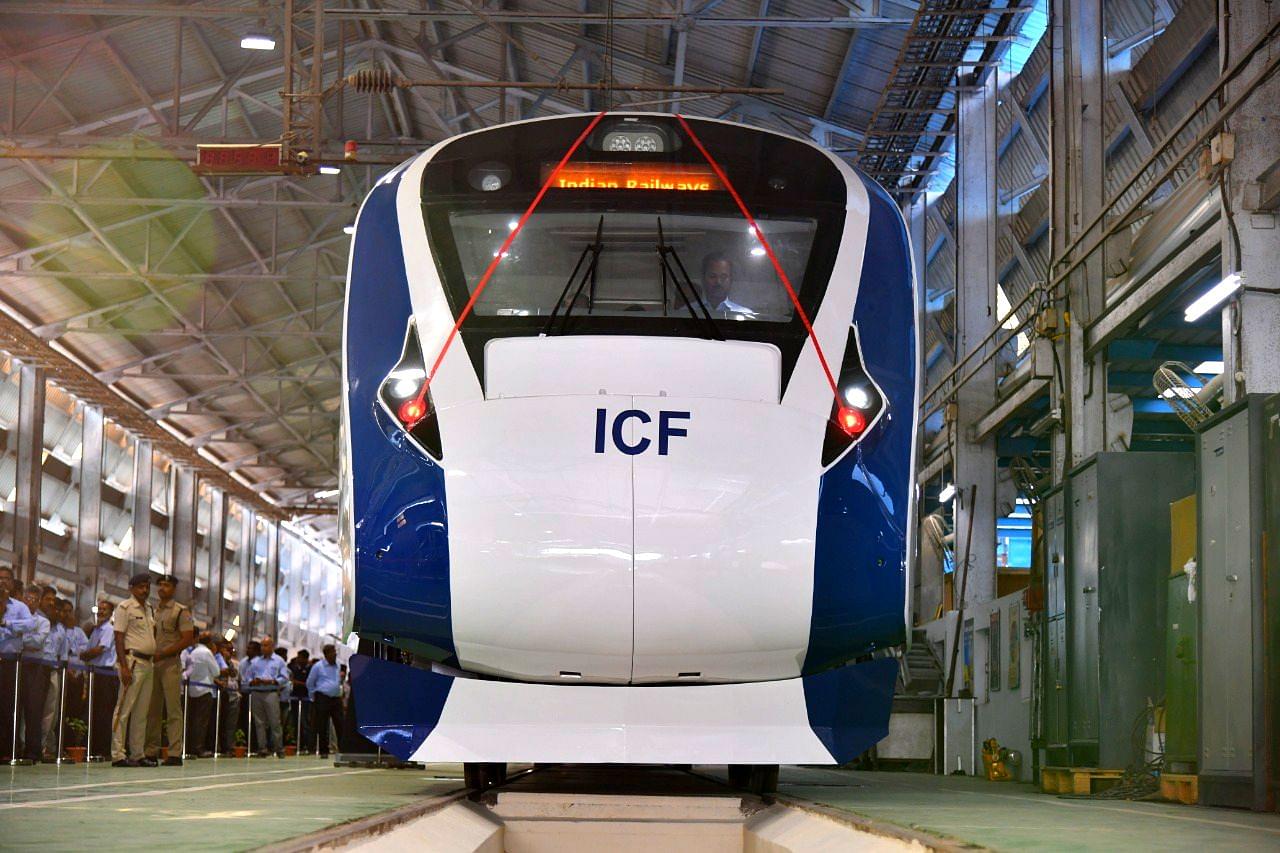 Vande Bharat Express, India’s first semi-high speed train, also known as Train-18, was manufactured at Integral Coach Factory (ICF), Chennai, at an estimated cost of Rs 98 crore in October 2018. As the Metro train, the trainset is without a locomotive and can operate on a distributive power system.

It is a record that the revenue earned from the train is Rs 92.29 crore till today and we are hopeful that the complete manufacturing cost will be recovered in the next two months, a senior Railway Ministry official told this correspondent.

The Vande Bharat Express was flagged off by Prime Minister Narendra Modi on 15 February 2019 and the train commenced its commercial run on 17 February. Since then, it is running with 80 per cent to 100 per cent capacity and on an average earns Rs 7 crore in a month, the official added.

One of the additional reasons for the higher returns is the absence of any concession. Also, the fare for the Vande Bharat Express is relatively higher than what is being currently charged for other trains.

.The 16-coach AC train is equipped with modern facilities and has a maximum speed of 160 kmph with maximum acceleration and deceleration rate.

Automatic doors, coach display, luggage rack, LED, mobile charging points and CCTVs and Emergency talkback units with networking systems in all coaches are other features in the train that make it a premier service.

Buoyed by its success, the Railways will now have 44 more rakes of Vande Bharat Express made under the Make in India initiative, for which tenders have been floated.

The tender inviting global players for making 44 rakes has generated keen interest in the market and many major players are likely to be a part of the bidding include Alstom, Siemens, Bombardier and Spanish major CAF. Indian companies like Bharat Heavy Electricals and Medha too may join the fray.

According to Railways, since the service is aimed at saving 20 per cent journey time as compared to other trains, it is attracting a new class of passengers.

There will be modular pantry equipment and a GPS antenna in all coaches and Mobile/laptop charging sockets in the passenger seats.

The train will be fully air-conditioned with automatic plug doors with retractable footsteps and automatic intercommunication doors.

(This article was originally published on Indiainfrahub.com and has been republished here with permission)