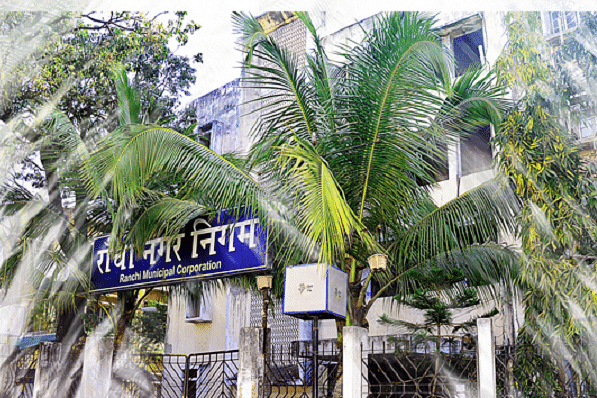 When the stick does not work, it’s time to wield a bigger stick. And dangle a carrot as well.

This is exactly the principle that the civic authorities of Jharkhand’s capital city Ranchi have adopted to make residents harvest rainwater. Ranchi has been reeling under severe water shortage for a few years now and, as they say, desperate times need desperate measures.

The Ranchi Municipal Corporation (RMC) passed the Ranchi Rainwater Harvesting Regulation in 2016 making it mandatory for owners of all buildings on land holdings of the size of 300 square metres and above to install rainwater harvesting equipment for storing rainwater and recharging groundwater.

The buildings were divided into three categories and penalties for not following the civic law were also laid down.

However, even three years later, most buildings in the water-stressed city are yet to install rainwater harvesting equipment. They have been happily paying the penalty —1.5 times the annual holding tax of the respective property — to the RMC since 2017.

A recent survey revealed that of the 77,000-odd buildings that stand on plots measuring 300 square meters and above, only a little under 24,000 have installed rooftop rainwater harvesting equipment.

And inspections have revealed that the equipment is non-functional in many of these buildings.

The rewards system, which may include public felicitations and civic tax concessions, is being worked out.

The RMC authorities also found out that unscrupulous contractors have been duping private building owners by installing defective rainwater harvesting equipment or not following the norms and specifications for the entire mechanism laid down in the 2016 regulations.

They have now initiated the process of empanelling contractors and equipment suppliers and laid down the specific charges to be levied for installing the equipment in the three categories of buildings.

“This will make it much easier for owners of these buildings to follow the 2016 regulations and ensure accountability from contractors and suppliers,” said Ranchi Mayor Asha Lakra.

While many other states and urban bodies in India (read this) have passed legislations making it mandatory for residents to harvest rainwater, there has been no enforcement, and thus scarce compliance, of the laws.

The RMC is the only civic body in the country that has prescribed penalties for violations, and has started collecting them as well. Ranchi is the only city in the country where so many buildings (a little over one-third of the total number of buildings standing on plots of 300 square metres or more) have adopted rainwater harvesting.

Mayor Lakra says that all wards in the RMC area will have to start implementing community rainwater harvesting techniques from this year.

“Buildings standing on plots below 300 square meters will have to participate in community rainwater harvesting. We are making it mandatory for government institutions to also participate. The penalties for not doing so will also be stiff. Councillors have been asked to draw up plans with RMC engineers in two months’ time and installation of equipment and necessary civil works (like digging soak pits et cetera) will start by the end of this year,” said Lakra.

A severe drought that caused a water crisis in Ranchi in 2016 prompted the city’s civic authorities to pass the regulations that year. Apart from scarce rainfall, Ranchi’s groundwater table has fallen very sharply and its rivers and lakes are choked and highly polluted now (read this).

Thus, rainwater harvesting is the only way out of the severe water crisis that the city reels under.