10 Years Before Schedule? India May Attain Goal Of 40 Per Cent Energy From Renewable Sources By 2020 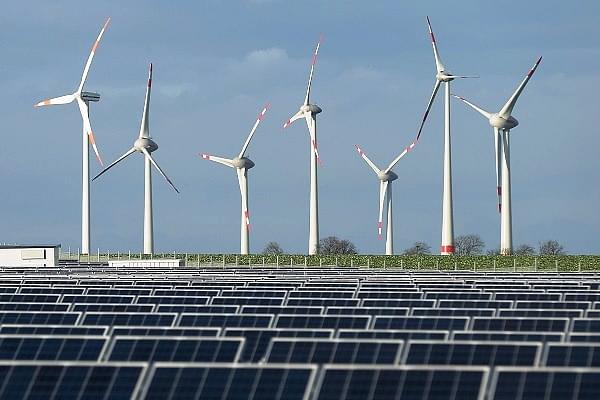 India is likely to attain its target of achieving 40 per cent electricity generation from renewable sources by the year 2020, instead of the set target of 2030.

Attaining 40 per cent electricity from renewables by 2030 was among the three key targets India promised to achieve as ‘contribution’ to the global fight against climate change. The other two targets were, creating additional carbon sinks of 2.5 to 3 billion tonnes through substantial afforestation by 2030 and reducing emission intensity of the GDP (emissions per unit of GDP) by 33 to 35 per cent by 2030 in comparison with 2005 levels.

Officials of the Ministry of Environment and Forests acknowledged that the afforestation target might not be sufficiently achieved, but India is likely to complete the other two goals with ease.

“The Institute for Energy Economic and Financial Analysis (IEEFA) estimates India’s thermal power capacity will be 226GW, or 63 per cent of India’s total of 360GW, by March 2019. By the close of calendar 2019, India’s non-fossil fuel capacity is set to exceed a 40 per cent share for the first time,” a statement from IEEFA said as per reports by Indian Express.

It is claimed that by the year 2027 renewable sources like solar, wind and biomass would be generating around 275 GW of electricity which shall comprise 44 per cent of India’s total power generation of 619 GW. Hydro and nuclear energy would be contributing significant percentages as well.