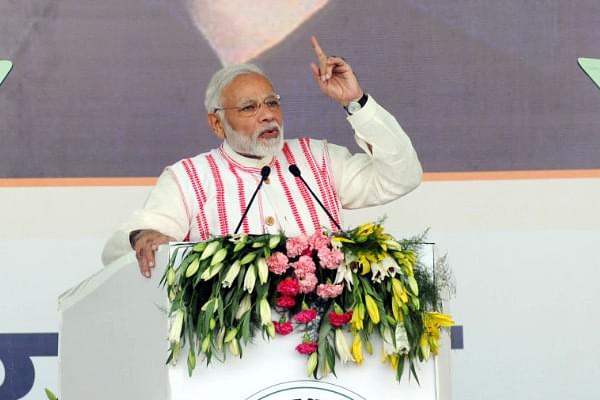 Modi asserted that the achievement was just a milestone and that the nation should not stop, signalling further measures to take forward the much talked about Swachh Bharat Mission with greater thrust.

“Today the whole world is appreciating and awarding us (for) providing toilets to over 60 crore people in 60 months by building over 11 crore toilets. The world is amazed by this,” PM Modi said.

Furthering his campaign to build a pan-India consensus on shunning the usage of single-use plastic, Modi said that plastic is a major threat and that the nation must eradicate the use of single-use plastic by 2022, which would mark the 75th year of India's independence from British colonial rule.

Hailing the rise of India's stature on the world stage, PM Modi said that the world can see today that India is at the forefront of sundry positive changes taking place globally.