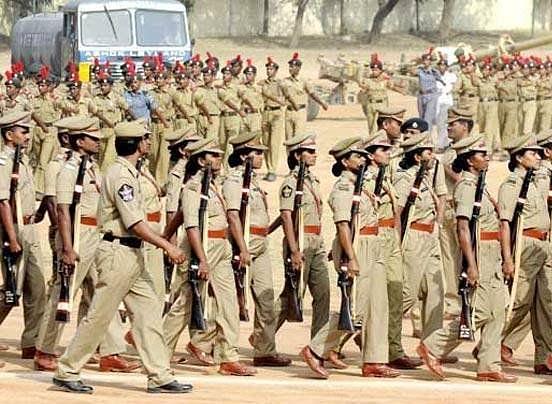 Of the 16,833 police stations in India, 143 do not have wireless or mobiles while 257 are without vehicles, reveals BPR&D's latest data published on Tuesday.

As per the Bureau of Police Research & Development (BPR&D) Data on Police Organisations compiled during 2019, 135 of Andhra Pradesh's 1,021 police stations don't have vehicles.

Andhra Pradesh is followed by Uttar Pradesh where 75 police stations don't have vehicles.

Also nine police stations each in Manipur and Meghalaya, eight in Himachal Pradesh, seven in Punjab, four each in Arunachal Pradesh, Assam and Odisha, and two in Uttarakhand do not have vehicles.

Similarly, 638 police stations don't have telephone and 143 are running without wireless or mobiles.

A total of 141 police stations in Assam don't have telephone followed by 79 in Jammu and Kashmir, 75 in Uttar Pradesh, 69 in Punjab, 64 in Manipur, 62 in Meghalaya, 54 in Arunachal Pradesh, 36 in Nagaland, 27 in Chhattisgarh, 14 in Tripura, nine in Rajasthan, five in Lakshadweep, and three in Odisha.

As per the report, there is no wireless or mobile in 38 police stations in Odisha, 36 in Punjab, 18 in Nagaland, 17 in Jammu and Kashmir, 11 in Manipur, seven in Lakshadweep, four in Arunachal Pradesh, two in West Bengal and one in Assam.

It is a matter of concern when such infrastructure, which are a good reliable system and are very important for effective functioning of the police organization, are missing from police stations in the 21st Century India.

As per the date, some of the police stations are even not yet connected with the police headquarters.

As per the data, there are 800 police districts and 16,955 sanctioned police stations.