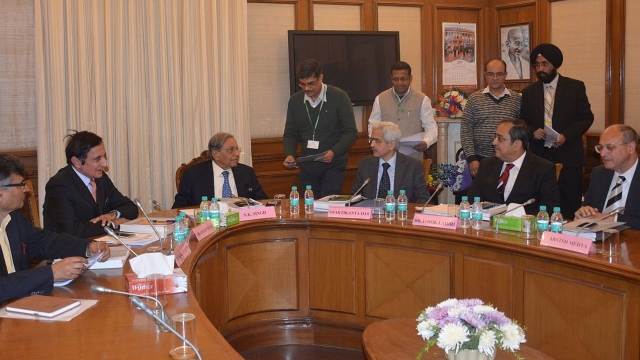 A meeting of the 15th FC. (via Wikimedia Commons)

Terms of Reference for the Fifteenth Finance Commission have been amended to add a provision for addressing concerns about adequacy of funds for defence and internal security of the country.

Several defence experts have expressed concerns over the funds received by the armed forces in the budget given India’s hostile neighbourhood. Doubts have also been raised at the speed of modernisation and of the forces, given the abysmal amount left after other expenditures by the forces.

The amendment to the Terms of Reference of the Commission, will allow it to evaluate the allocation of adequate, secure and non-lapsable funds for defence and internal security of India.

The Commission shall also examine whether a separate mechanism for funding of defence and internal security ought to be set up and if so how such a mechanism could be operationalised.

The Commission’s recommendations will pertain to the division of revenue and resources for the five year period starting April 2020. The Commission’s term has also been extended by a month and will present its report to the President by 30 November, 2019.