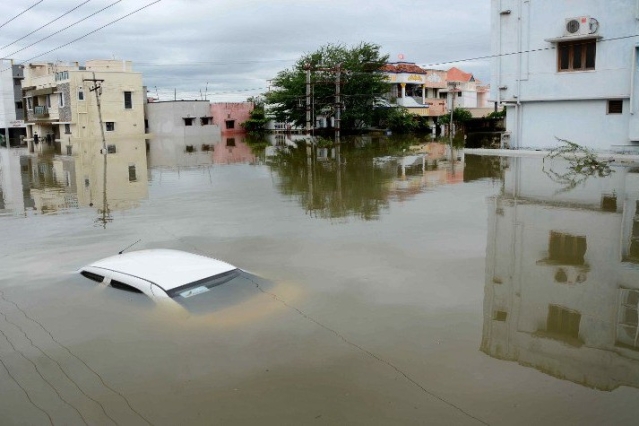 A Comptroller and Audit General (CAG) report has slammed the Tamil Nadu government authorities for the December 2015 floods that wreaked havoc in Chennai, Kanchipuram, Tiruvallur and neighbouring districts. The authorities had failed to implement the recommendations of various expert committees on flood mitigation, constructing check dams and taking other steps, reported the Economic Times.

One of the reasons for Chennai being caught in a sudden gush of waters was the unannounced release of water from the city’s biggest reservoir at Chembarambakkam. The CAG report said an “abrupt and uncontained” release of water contributed to the massive destruction and sought a detailed enquiry into the whole gamut of issues leading to the release of water.

In 2015, Tamil Nadu received record rainfall under the influence of the North-East monsoon, which begins in October. Chennai’s main reservoirs had filled to the brim in November rains itself but the authorities did not resort to any release of water as a matter of precaution. One of the reasons stated was that the ruling All India Anna Dravida Munnetra Kazhagam (AIADMK) government didn’t want the metropolitan city to be starved of water during May 2016, when elections to the state assembly were due.

As a result, when there was a record rainfall on 1 December and faced with the danger of the reservoir breaching, authorities released water allegedly without any warning. This led to massive flooding of the city besides resulting in deaths of over 400 people. The CAG report has in particular termed the release of 29,000 cusecs of water during heavy rains, as “injudicious” and called the flood a “man-made” catastrophe. The CAG has also found inefficiencies on the part of the authorities in putting up a proper warning system in place.