Below Expectations: India Has Received 9 Per Cent Less Monsoon Rainfall Than Normal In 2018, Says IMD 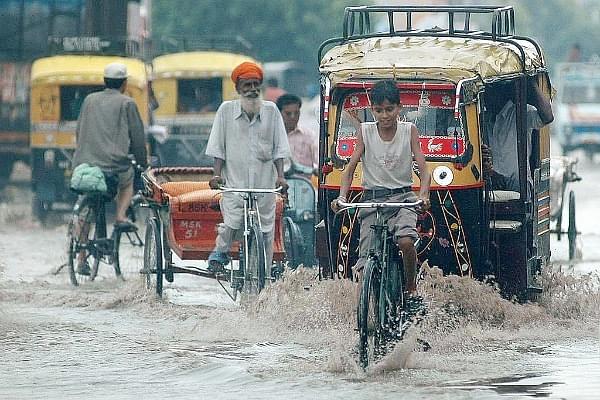 Ending its four-month journey across the country that was marked both by devastating floods in some parts and deficient rains in others, the southwest monsoon has started retreating from west Rajasthan and the Kutch region of Gujarat, the India Meteorological Department (IMD) said on Saturday, according to Business Standard.

As per end-of-season estimates, the precipitation due to monsoon this year has remained below-average and is less than what was earlier predicted by India’s official forecaster.

As per IMD standards, a monsoon is classified as ‘normal’ if the rainfall received during the four-month season (June- September) falls between 96 per cent and 104 per cent of a 50-year average of 89 cm.

From 1 June till 30 September, the country recorded 804 mm of rainfall against the normal of 887.5 mm, which is 84 mm less than normal. The cumulative rainfall deficiency stands at 9 per cent. This means the country registered below-normal rainfall in 2018.

Twelve of the 36 meteorological subdivisions recorded deficient rainfall, while the rest witnessed normal-to-excess rain. In total, 38 per cent of the 662 districts received below-normal rain.

A closer analysis of the southwest monsoon shows Arunachal Pradesh, Assam and Meghalaya received deficient rainfall. Jharkhand and Bihar also stayed largely dry during the past four months, with Jharkhand receiving normal rainfall only in the first couple of weeks at the start of the season, said Hindustan Times.

There was an overall 5 per cent monsoon deficit in 2017.

IMD has also forecast a normal northeast monsoon season between October and December for southern India, with the likelihood of above-normal rainfall this winter. Tamil Nadu, coastal Andhra Pradesh, Rayalaseema, Kerala and south interior Karnataka receive about 30 per cent of their annual rainfall in this period.