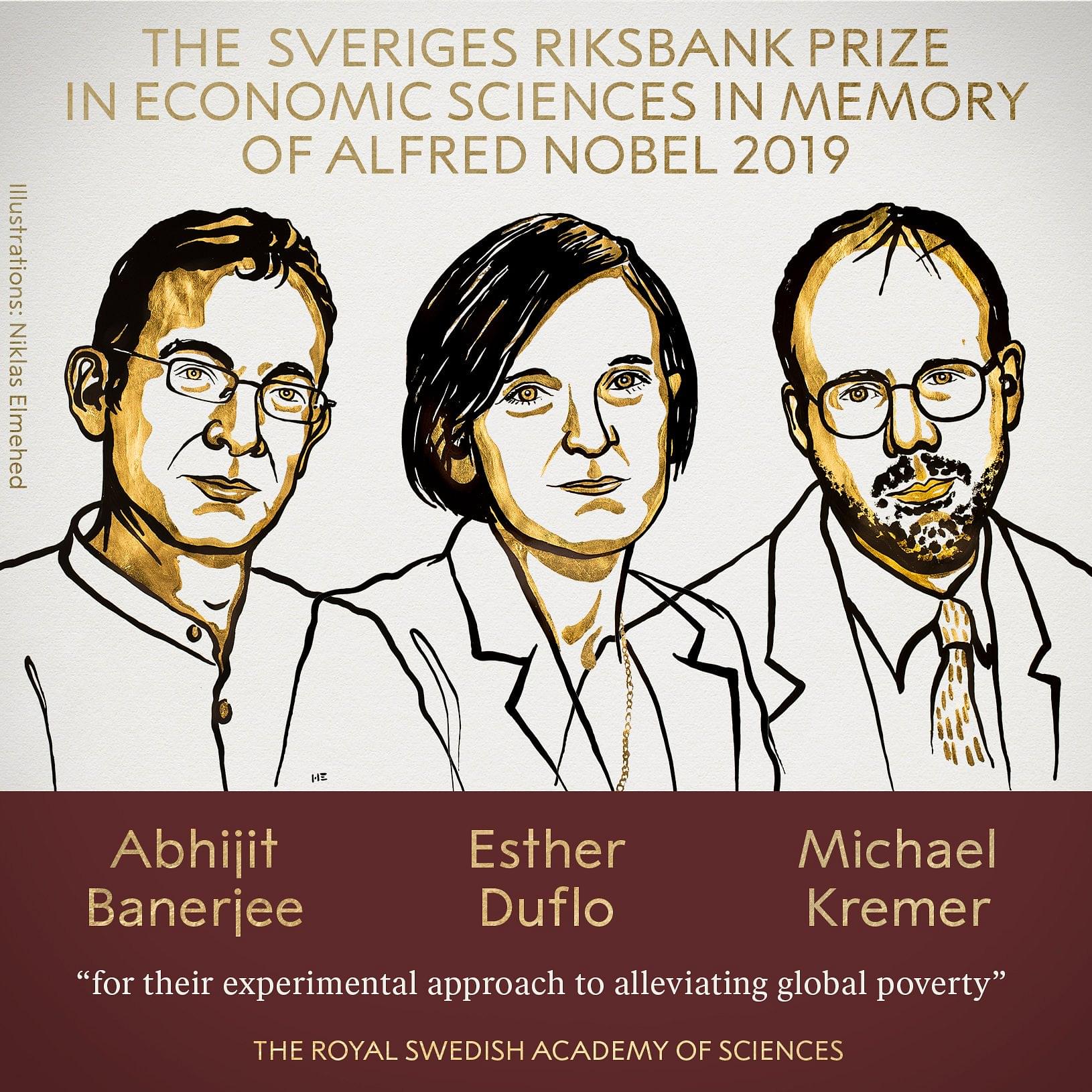 The 2019 Nobel Prize in Economic Sciences has been awarded to Indian-origin MIT professor Abhijit Banerjee, Esther Duflo, and Michael Kremer "for their experimental approach to alleviating global poverty", it was announced on Monday (14 October).

“The research conducted by the 2019 Economic Sciences Laureates has considerably improved our ability to fight global poverty. In just two decades, their new experiment-based approach has transformed development economics, which is now a flourishing field of research,” said the statement released by the Royal Swedish Academy of Sciences.

Their experimental research methods have benefitted over five million Indian children as part of remedial tutoring programmes in school, the Academy stated, as reported by The Indian Express.

Banerjee was born in 1961 in Mumbai. He is a Ph.D. from Harvard University and a Professor of Economics at the Massachusetts Institute of Technology, an official statement said.

Duflo, born in 1972, is the second woman and the youngest person to be awarded the Prize in Economic Sciences, the statement added.