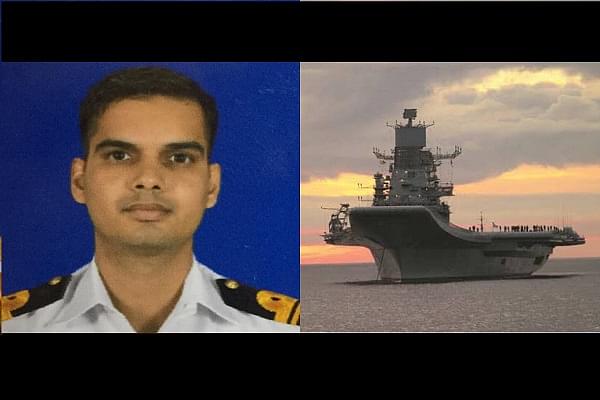 Lieutenant Commander D S Chauhan, a 30-year-old Indian Navy officer, has passed away while trying to put out a fire on board the aircraft carrier INS Vikramaditya, reports Hindustan Times.

Vikramaditya, the most expensive asset of Indian Navy was pulling into Karwar harbour in Karnataka when the incident occurred.

Chauhan, before succumbing to death, courageously led the firefighting efforts in the affected compartment of India’s only aircraft carrier and succeeded in controlling the fire but lost consciousness due to the thick smoke.

Chauhan was swiftly evacuated to INHS Patanjali, the naval hospital at Karwar, but unfortunately, could not be saved. A specialist in nuclear, biological, and chemical defence, including damage control and firefighting, Chauhan hails from Ratlam in Madhya Pradesh and got married just over a month ago. He is survived by his mother and wife.

Had the fire spread further, it could have had disastrous consequences for the 44,500-tonne warship and its crew. The 284 metre by 60 metre carrier can carry a crew of 1,600, including 110 officers.

Commissioned in 2014, the $2.33 billion INS Vikramaditya has an elevation of about 20 storeys from its keel to the top.