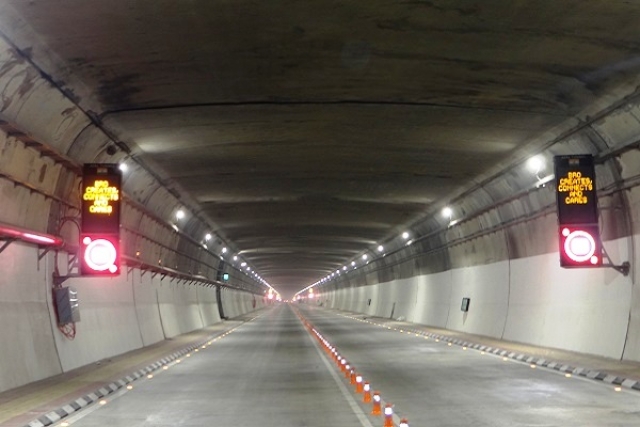 As per the report, BSNL has installed three 4G base transceiver stations (BTSs) in the tunnel for its customers to use 4G as they pass through it.

#BSNL is proud to provide communication facility at 10000 feet in #AtalTunnel a prestigious project of strategic importance inaugurated by Hon'ble PM under the guidance and support of @rsprasad @PMOIndia pic.twitter.com/hLFqDuog7g

Earlier, BSNL Himachal Pradesh had stated that it’s team had worked day and night in 0 degree temperature to install the 3 4G BTSs in the tunnel at a height of 13,051 feet.

It should be noted that the state-run teleco has been offering 4G through its 3G spectrum in parts of Kerala, Andhra Pradesh, Telangana, Tamil Nadu, Karnataka, Maharashtra, Gujarat and Kolkata.

The 9.02 km-long Atal Tunnel is the longest highway tunnel in the world and connects Manali to Lahaul-Spiti valley throughout the year. Earlier, the valley was cut off for about six months each year owing to heavy snowfall. The tunnel reduces the road distance by 46 Km between Manali and Leh and the time by about 4 to 5 hours.