64.1 Million E-Way Bills Generated In October; Highest-Ever Since The Launch Of System More Than Two Years Ago 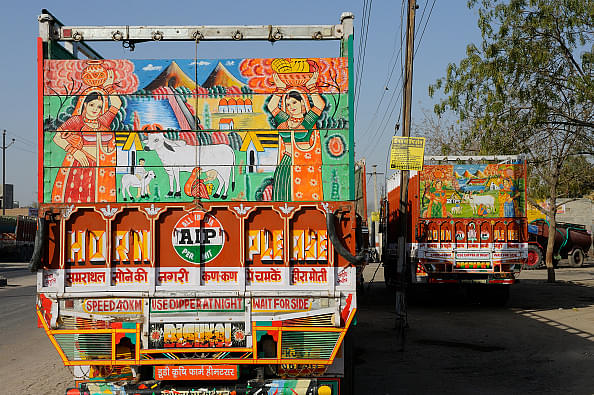 Trucks on road (Photo by Frédéric Soltan/Corbis via Getty Images)

In a positive development, the total number of E-way bills generated in October surged to 64.1 million, the highest tally recorded since the E-way bill system was introduced more than two years ago, reports Economic Times.

This comes as 27,400 taxpayers generated about 49.5 million electronic invoices in since 1 October when the e-invoice system under GST came into force for all companies with an annual turnover of Rs 500 crore or more.

Ministry of Electronics and IT has hailed the development as a yet another milestone in India's journey in improving the ease of doing business. The Ministry shared that the data captured by the Invoice Registration Portal flows seamlessly to GSTR1 return of the taxpayer in GST Common Portal thus reducing the compliance burden.