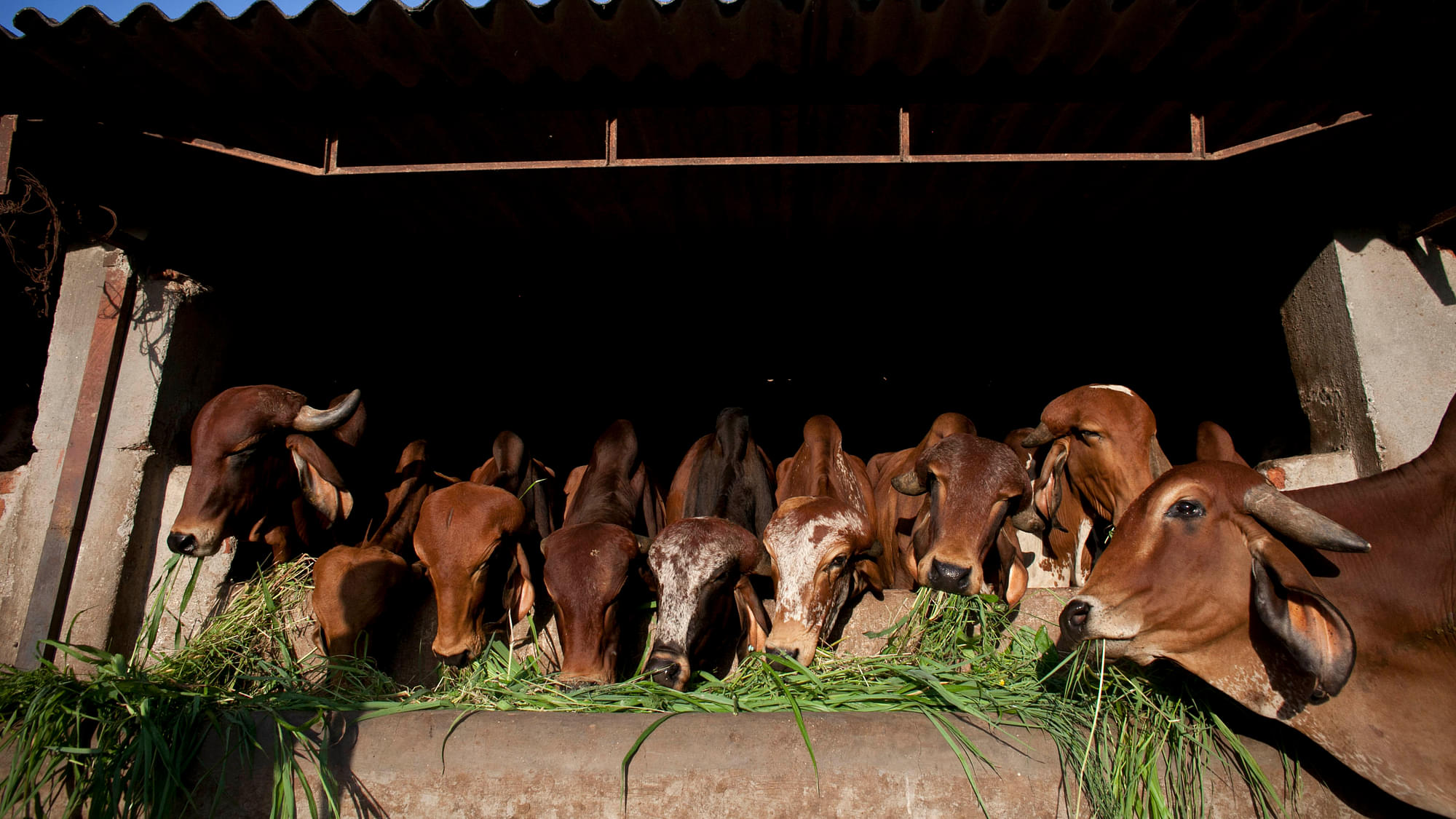 Representative image of cows being fed at a shelter in Bhiwandi, Maharashtra (Allison Joyce/Getty Images)

In what is believed to be a case of food poisoning, 98 cows and calves which were kept a cow shelter in a village near Vijayawada, Andhra Pradesh have died and some others have fallen sick, reports PTI.

A Post-mortem is being conducted at a veterinary hospital on the dead cows. The collector of the Krishna district who visited the privately-run cow shelter which accommodated the cows was being used to keep more animals then its capacity.

The organisation running the shelter is the ‘Gou Samrakshana Sangham’ which rescues cattle from a number of places and then keeps them at the shelter. Police presently suspect that some chemical substance could’ve tainted the food although an investigation which is currently ongoing will determine what exactly happened.

"We will determine the exact cause of the deaths after the post-mortem. We are probing the case from different angles," said a senior police officer.