A Challenger To Petrodollar Emerges? ‘More Oil To Be Traded In Rupees’ As India And UAE Sign Currency Swap Deal 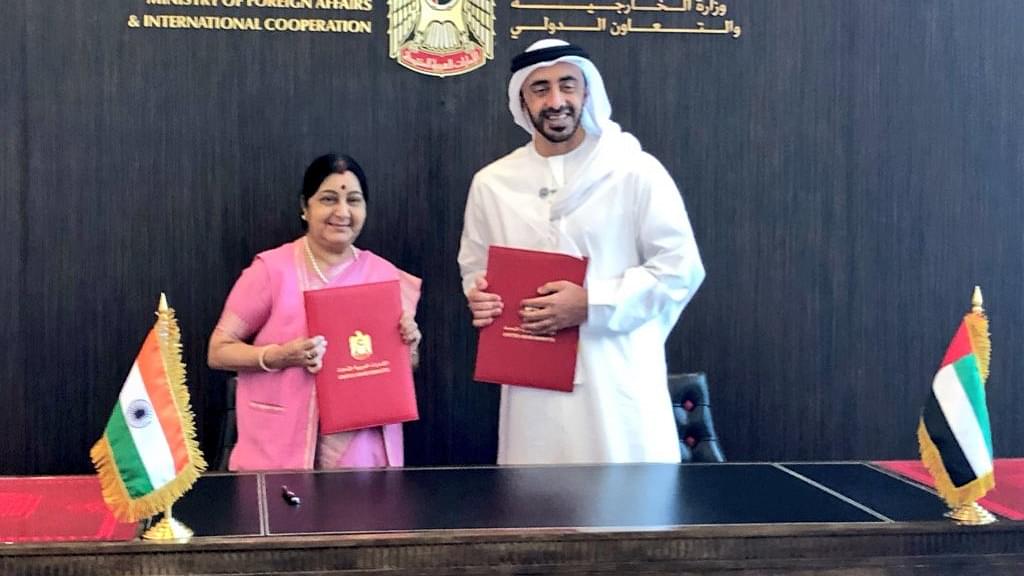 In a bid for development, India and UAE signed an agreement for currency swap, as External Affairs Minister Sushma Swaraj and UAE counterpart Abdullah bin Zayed look to collaborate in areas such as trade, energy, counter-terrorism, security and defence, as reported by New Indian Express.

Currency Swap is an agreement between two countries which allows them to trade in their own currencies for import and export at predetermined exchange rates. It is done without a third currency like the US dollar.

A second deal was signed to develop projects in Africa.

Swaraj, went to the UAE on Monday for two days for the twelfth UAE-India Joint Commission Meeting involving economic and technical relations.

EAM @SushmaSwaraj offers floral tribute at the bust of #MahatmaGandhi at India Social & Cultural Centre, ahead of the Indian community event in #AbuDhabi. pic.twitter.com/8INPLtLlvF

UAE is the sixth largest supplier of oil to India. The two countries are one of the largest trade partners with $50 billion bilateral trade. Swaraj, also met and interacted with the Indian community in UAE, which is largest Indian population outside India with 33 lakh people.