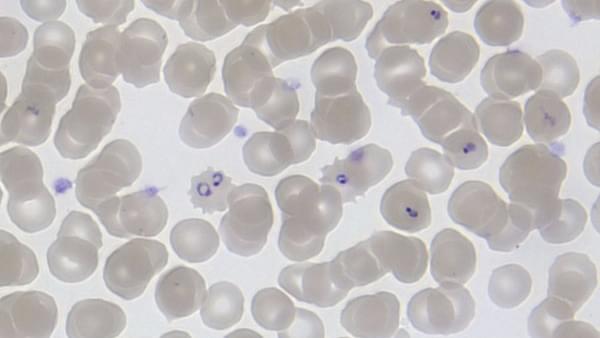 A team of researchers has identified a peptide molecule that can prevent the interaction between the Plasmodium falciparum malaria parasite and receptors found on red blood cells (RBCs), an interaction that is responsible for causing malaria disease, reported the Hindu.

The challenge with tackling malaria is that P. falciparum parasites quickly develop resistance against drugs through mutations. The team, led by Dr Anand Ranganathan of the Special Centre for Molecular Medicine at Jawaharlal Nehru University and Dr Pawan Malhotra of the International Centre for Genetic Engineering and Biotechnology, has found a novel approach to overcome this challenge. The molecule is made to target a specific receptor – cyclophilin B – found on the surface of RBCs rather than the parasite itself. As a result, the parasite fails to bind to the receptors and invade the cells, thereby preventing the possibility of malaria disease catching on.

The Hindu report said that about 80 per cent reduction in parasite invasion of RBCs was seen in experiments carried out in test tubes.

An immunosuppressive drug – cyclosporine A – that binds to cyclophilin B receptors on RBCs is reportedly effective in killing malaria parasites. But in the case of mice, this drug has been found to kill even RBCs. So a modification of the drug is in order. Or else, the peptide molecule will have to be used as an inhibitor. The former is likely to be the route ahead, as Dr Malhotra is quoted by the Hindu as saying, “It is easier to take the drug than the peptide to clinical testing by making necessary modifications.”

The number of malaria deaths has fallen by 48 per cent in the 15 years starting from 2000, according to World Health Organization statistics. Yet the disease continues to be a menace, claiming lakhs of lives globally.