A Libertarian Google? Algorithms Have No Such Sentiments, Claims CEO Pichai; Denies Political Bias During Hearing 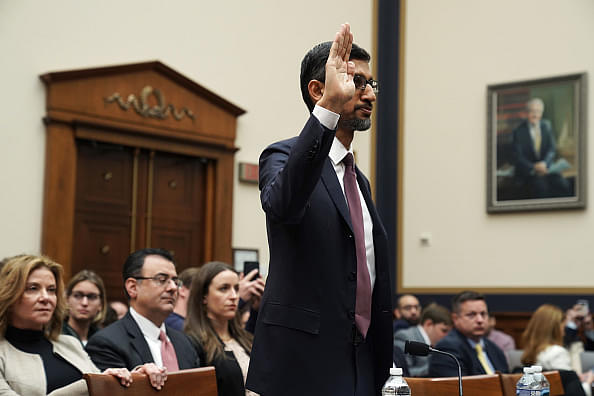 The Indian-American CEO of tech giant Google, Sundar Pichai, on Tuesday (11 December) has denied allegations of Google having any political biases reports the New Indian Express.

Pichai said that Google’s algorithm has no such sentiments while testifying at the House Judiciary Committee Hearing on 'Transparency & Accountability: Examining Google and its Data Collection.

Pichai also said various Googlers are former servicemen and women who risked their lives to keep the United States safe. He also added that a few are civil libertarians who are defending the freedom of expression.

"I lead this company without political bias and work to ensure that our products continue to operate that way. To do otherwise would go against our core principles and our business interests," Pichai told lawmakers during the Congressional hearing.

"We are a company that provides platforms for diverse perspectives and opinions, and we have no shortage of them among our employees,” he added, while saying he is grateful to the country for the freedom and opportunity it offered.

Pichai says Google is much more than just a search engine. "We are a global company that is committed to building products for everyone. That means working with many industries, from education and healthcare to manufacturing and entertainment,’ he said.

"As an American company, we cherish the values and freedom that have allowed us to grow and serve so many users. I am proud to say we do work, and we will continue to work, with the government to keep our country safe and secure," he told the lawmakers.