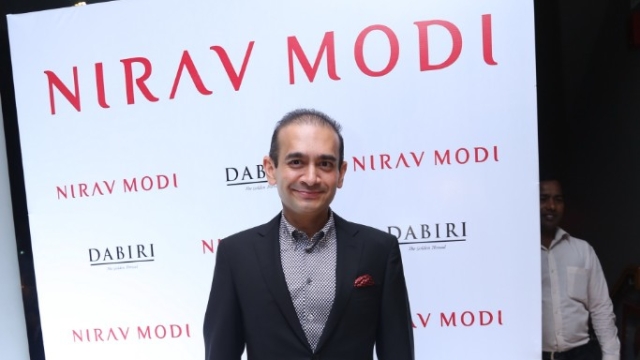 Diamantaire Nirav Modi fled the country in January 2018 when details of the Rs 14,000 crore scam at the state-run Punjab National Bank (PNB) starting making headlines in the Indian media.

Following this, Enforcement Directorate (ED) had filed a petition with a CBI court to declare him a fugitive economic offender. Nirav Modi’s lawyers are contesting the case.

Tax officials appointed auction house Saffronart to oversee the sale of 68 works. While an oil painting by the celebrated nineteenth-century painter Raja Ravi Varma, a 19th garnered $2.3 million, another by modernist V S Gaitonde raised $3.7 million. “Over 80 per cent of the works on auction were sold,” said Saffronart Chief Executive Dinesh Vazirani.

Will Contest The Sale

India Law Alliance, the law firm representing the company which owned the art pieces on behalf of Nirav Modi has stated that will challenge the court order that allowed the auction. The Bombay High Court will hear the case on Wednesday (27 March).

Following a United Kingdom (UK) court order, Nirav Modi was arrested in London on 20 May (2019). Extradition proceedings against him have been initiated.