A Tableeghi Jamaat Congregation In Pakistan, Attended By Lakhs Of Muslims, Emerges As A Coronavirus Infection Cluster 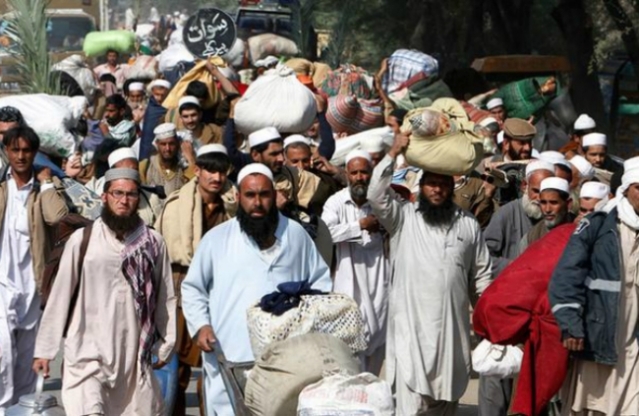 Tableeghi congregation in Lahore that brought together tens of thousands of Islamic preachers from some 80 countries may have emerged as a potential infection cluster of Coronavirus.

The authorities in Islamabad on Monday (23 March) placed Kot Hathial under quarantine after six members of the Tableeghi Jamaat residing in the area tested positive for coronavirus, Dawn reported. Pakistan has close to 900 cases of Covid-19.

Despite advisory by the Pakistan government to cancel the event, tens of thousands of Muslims the Tableeghi Jamaat congregation in Raiwind which was held from 11 to 15 March near Lahore. A conservative Muslim missionary group founded nearly a century ago in India, Tableeghi has millions of followers and radical preachers around the world.

The six positive cases in Islamabad region were part of a 13-member Tableeghi Jamaat delegation — including six Kyrgyzstan nationals and seven Pakistanis — who were staying at a mosque in Kot Hathial.

Five preachers from Kyrgyzstan stayed in a mosque in Islamabad after attending the Tablighi Jamaat gathering and have also tested positive.

A huge contingent of police reached Kot Hathial to impose the lockdown, in addition to directing people through loudspeakers to stay in their respective homes as they would be screened for the virus by health department teams.

At least four people in Sindh province of Pakistan tested positive for the virus after attending the Tableeghi Jamaat congregation in Raiwind — comprising tens of thousands of people — which was held from March 11 to 15 near Lahore.

The first two cases of coronavirus infection in the Gaza Strip were confirmed over the weekend and has been linked to Palestinian men who attended a mass religious gathering 10 days ago in Pakistan.

A Tablighi Jamaat gathering outside Kuala Lumpur, Malaysia, also emerged as the Malaysia’s Coronavirus hotspot responsible for more than half of the country's known coronavirus cases. Preachers who attended also spread the virus to Brunei and Thailand with the gathering creating "the largest known viral vector in Southeast Asia."

The Tablighi Jamaat, which means the Society for Spreading Faith, originated from Mewat in Haryana 94 years ago.

It was founded by Muhammad Ilyas Kandhlawi, who got the inspiration to form the group during his second visit to Mecca, in 1926.

An offshoot of the Deobandi movement, the Tablighi Jamaat claims to be an apolitical organisation, urging Muslims to return to practice their religion as it was done during the Prophet’s time.