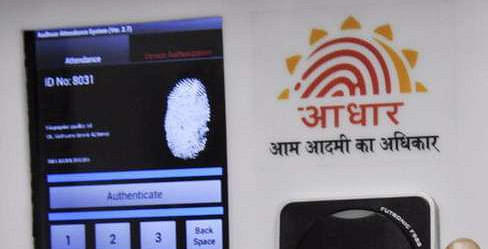 The Oxford Dictionary named 'Aadhaar' as the Hindi word of 2017 at the Jaipur Literature Festival on Saturday after considering worlds such as ‘Mitron’ and  ‘Notebandi’ for the same title, the Times Of India has reported.

The first-ever Oxford Dictionaries Hindi Word of the Year is... AADHAAR!

Other words shortlisted for the title include Swachh, Vikaas and Bahubali. According to the organisers, Aadhaar was selected over these words because it reflects the social, political and economic trends and events that were part of 2017.

Although 'Aadhaar' is not a new word, it has gained a new sense after the introduction of Aadhaar Card or the Unique Identification Numbers (UIN) by the then government of India under Prime Minister Manmohan Singh. The word was at the centre of legal, political and social debate in the year 2017 as the government intensified its effort to cut leakages in social welfare schemes by mandating its use.

The decision to name Aadhaar the world of the year was announced following a panel discussion with Ashok Vajpeyi, Hindi poet, literary and cultural critic, Pankaj Dubey, writer, producer and director, Anu Singh Choudhary, writer, translator and filmmaker and Chitra Mudgal, a leading literary figure, among others.