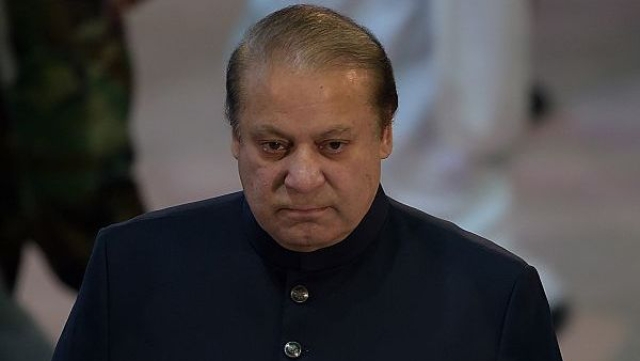 He was accompanied by his brother, Pakistan Muslim League-Nawaz (PML-N) president Shehbaz Sharif and other personnel, including his personal physician Adnan Khan, reports Dawn news.

The air ambulance, which arrived from Doha early Tuesday (19 November) morning, is equipped with an intensive care unit and an operation theatre, with a team of doctors and paramedics also on board.

Earlier on Tuesday (19 November), PML-N spokesperson Marriyum Aurangzeb said that doctors completed Nawaz Sharif's medical examination ahead of his departure and he was also administered high doses of steroids and medicines to ensure that his condition remained stable during travel.

The development comes a day after the Interior Ministry issued a notification, allowing the former premier to travel abroad for medical treatment, saying that the decision was an "interim arrangement" in the light of the Lahore High Court's order, which was passed last week.

In its notification, the Ministry reproduced the undertakings provided by the Sharif brothers to the Lahore High Court in which the terms of their travel and return have been laid out.

Nawaz Sharif, who was diagnosed with an immune system disorder, has been advised to go abroad for medical treatment.

The PML-N supremo, who was incarcerated after an accountability court found him guilty in the Al Azizia corruption case, was granted bail by the Islamabad High Court on humanitarian grounds.

He also obtained bail in the Chaudhry Sugar Mills case from the Lahore High Court.