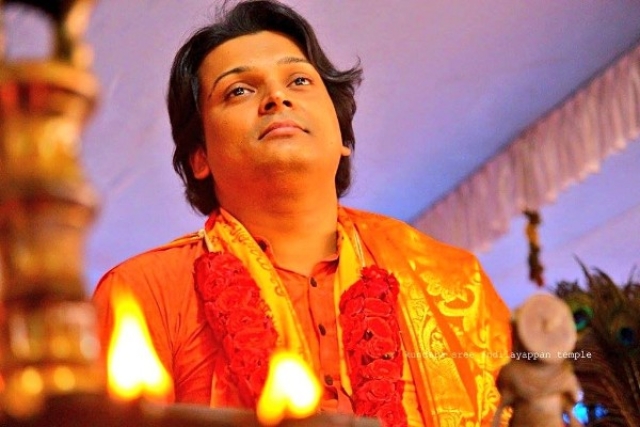 A Magistrate’s Court has denied bail to leader of Ayyappa Dharma Sena and member of the Sabarimala priestly family, Rahul Easwar, who was arrested for staging chanting protests in Pathanamthitta, reports The Hindu.

Rahul was spearheading the protest against the Supreme Court verdict on Sabarimala. He has been charged by Pamba police under various sections of the Indian Penal Code including section 143 (unlawful assembly), 147 (rioting), read with 149 (member of unlawful assembly guilty of offence committed to prosecuting of common object of the assembly), and 353 (assault or criminal force to deter public serving from discharge of duty).

Disguised police officers hustled him away to the Pampa police station, 4 km downhill from the shrine. They reportedly dragged him on a tractor used for hauling and covered him up with tarpaulin.

He has been on fast since arrest. According to reports, “He will be shifted to a hospital if his medical conditions deteriorate”, a police official was quoted by The Hindu as saying.

The Magistrate is reported to have subscribed to the argument of the police that Easwar, if granted bail, would go back to Sabarimala and incite protests again.

However, the Kerala High Court had earlier on Monday (15 October) granted conditional bail to Jalandhar Bishop Franco Mulakkal, accused of sexual assault by a nun, despite the court observations that allegations against the bishop were grave, and if granted bail, he may influence witnesses using his authority in the church. Kerala government headed by communist leader and Chief Minister Pinarayi Vijayan had not objected to the bail plea in court, but has refused to file a review petition in the SC against the Sabarimala verdict.