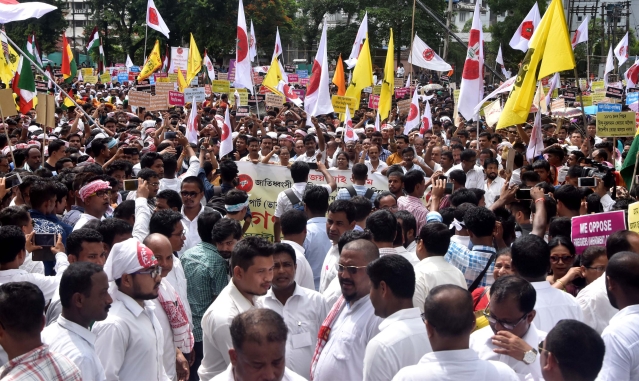 Protesters against the Citizenship Bill (Amendment), 2016 have decided to join the BJP, The Hindu has reported.

The new members include Assam Scheduled Caste Yuva Parishad leader Jadav Das and Krishak Mukti Sangram Samiti’s students’ wing leaders who had taken part in the protest along with 70 other organisation.

The protesters earlier used to call the bill a move against the indigenous people of the region by providing citizenship to Hindu Bangladeshis.

As per the Yuva Parishad leader Jadav Das, they were provoked to sit on one of the protests by individuals who have openly supported the Congress party. This protest involved them stripping naked in New Delhi this January.

Home Minister Rajnath Singh has in the past assured that Assam alone won’t have to shelter non-Muslim refugees.

The bill proposed to make it easier for individuals from Pakistan, Bangladesh and Afghanistan, who belong to religious groups like Hinduism, Buddhism, Sikhism, Christianity, Jainism and Zoroastrianism to acquire Indian citizenship.