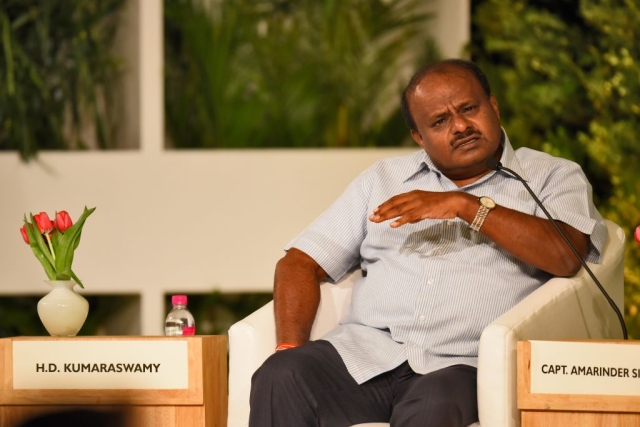 Chief Minister of Karnataka H.D. Kumaraswamy during a conference at Taj Palace, on October 6, 2018 in New Delhi. (Photo by Burhaan Kinu/Hindustan Times via Getty Images)

“I’m thinking of going away from politics. I came to politics accidentally. I became CM accidentally. God gave me the opportunity to become CM twice. I wasn’t there to satisfy anyone. In 14 months I did good work towards state’s development. I’m satisfied,” said Kumaraswamy.

“Let me live in peace. I don’t have to continue in politics. I did good when I was in power. I want space in people’s heart,” he said.