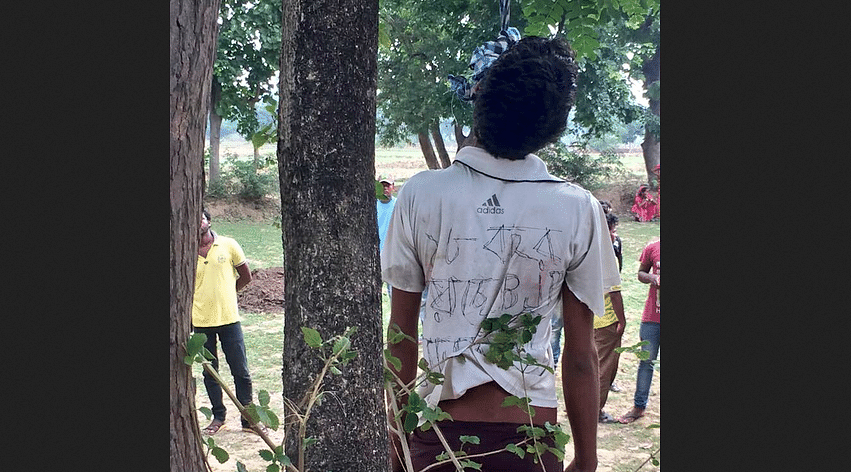 Just a day after Trinamool Congress (TMC) leader and Chief Minister Mamata Banerjee’s nephew Abhishek Banerjee said that he would make West Bengal’s Purulia opposition free, an 18-year-old Dalit boy was found hanging from a tree in the district, NDTV has reported.

The boy, identified as Trilochan Mahato, was a worker of the Bharatiya Janata Party (BJP), which had done well in Purulia against the ruling TMC in the recent panchayat polls. The BJP had won in all seven panchayats in Balarampur block of Purulia, stronghold of the TMC. Son of a local BJP leader, the boy was a final-year student of Balarampur College, and was associated with BJP’s Yuva Morcha.

On the front and back of his shirt was a message - “You deserve to die for doing politics and working for BJP at this young age”.

Near the boy’s body was a poster, which read - “You have been working for BJP at this age. We have been trying to kill you since elections and today we killed you.”

According to his father, Hariram Mahato, the boy had gone to the market to make photocopies of study material. However, he called his brother at 8 pm saying he hand been abducted by some men who were threatening to kill him.

BJP leader Rahul Sinha, in a press conference yesterday, had said that Mamata Banerjee's nephew Abhishek Banerjee had declared he would free Purulia would of the opposition parties. The BJP has accused TMC for the murder.