After Muslim Mob Goes On Rampage In Delhi, Police Yet To Take Action Against Rioters To ‘Pacify The Situation’ 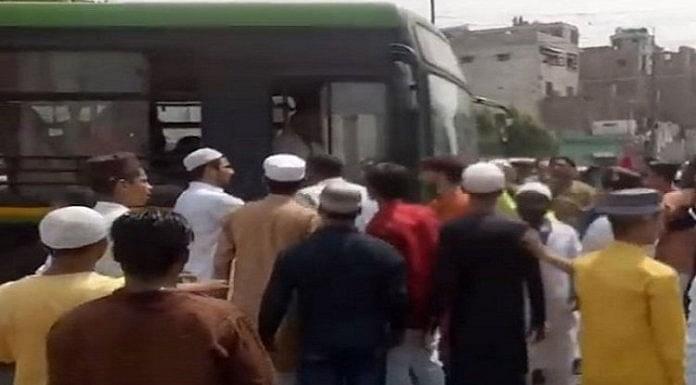 Image captured during the incident

A large Muslim mob went on a rampage outside a Mosque in East Delhi on Wednesday (5 June) after a speeding car allegedly brushed past them while they were returning from Eid prayers.

The car was purportedly stolen by a thief named Shahrukh who was driving in a rush to evade the law. It has since then been recovered by the cops from Anand Vihar. He has now been arrested by the police.

After the incident, videos went viral on Social Media were a mob can be seen vandalising DTC buses by hurling sticks and stones.

As per journalist Raj Shekhar Jha, while the situation has now been brought under control, the Delhi police till yesterday night refused to register any FIR pertaining to rioting, supposedly to “pacify the situation”. The police is also said to have not taken any action against the rioters till now.

Earlier, misinformation was spread by the media over this incident when various reports claimed that the stole car had hit and injured 17 people, which was then rubbished by the Delhi police.