After Oli's Claim Of Lord Ram Being A Nepali, Civic Body In Nepal Allocates 40 Acre Land For 'Ayodhyapuri Dham' 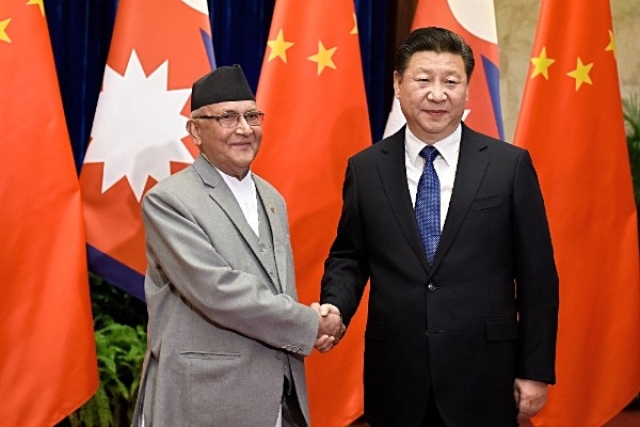 In a controversial move that could further irk India and its ruling Bharatiya Janata Party, a local government of Nepal has decided to build Ayodhyapuri Dham spanning over 100 Bighas or 40 acres.

The Madi Municipality of Chitwan district, where Lord Ram is believed to have been born as claimed by Prime Minister K P Sharma Oli, has decided to allot the land for the construction of Ayodhyapuri Dham.

The executive body meeting of the municipality on Tuesday (29 September) decided to allocate the 100 bighas for the construction of the Dham, Thakur Prasad Dhakal told Nepal's national news agency.

On 14 July, Oli made sensational remarks about the birth place of Lord Ram and went on to claim that Ram was born in Nepal, and not in Ayodhya of Uttar Pradesh in India.

Oli also accused India of creating a fake Ayodhya, which according to Oli was a cultural attack against Nepal. Oli's statement created furore in both India and Nepal at a time when Nepal-India ties had hit a low ebb due to boundary dispute and Nepal's overt closeness with China.

"We have allotted 100 bigha land of present Ayodhyapuri Park for the construction of Ayodhyapuri Dham at ward 8 and 9," Dhakal said.

After declaring the controversial birth-place of Lord Ram, Oli had held meeting with a delegation of Madi Municipality led by Mayor Dhakal on 9 August and instructed to begin excavation in that area to gather more evidence. Oli also vowed to extend all possible support from his government to the Madi Municipality to carry out the excavation works as well as formulating a Master Plan and start installing idols of Ram, Sita and Laxman immediately.

"We have additional 50 bigha land which we can use in case we face any technical problem we can use that," Dhakal said adding that a master plan has been prepared for the construction of Ayodhyapuri Dham and a Detail Project Report would be developed soon.

"The municipality is continuously working to facilitate and manage the tasks for Ayodhyapuri Dham construction as per the directive of the Prime Minister," Dhakal said.

Oli's controversial statement was criticised by his own party leaders as well as by India's ruling party, Bharatiya Janata Party among others.