After Siddaramaiah Says He Will Be CM Again, Kumaraswamy Claims Efforts On To Topple His Government 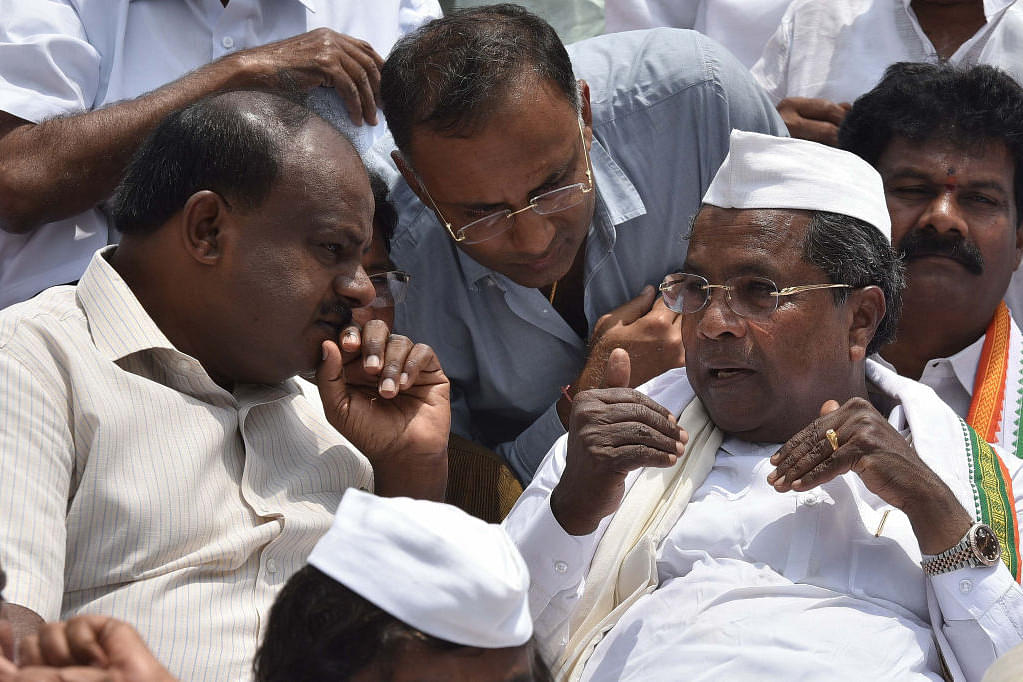 A day after Congress leader and former Karnataka chief minister Siddaramaiah triggered a controversy by saying he will head the state government once again, current chief minister H D Kumaraswamy claimed on Saturday that efforts were underway to topple his government, the Times of India has reported.

“I am aware of the conspiracies to destabilise my government. However, I won’t try to save my seat, but focus on doing good work,” he has said.

Speaking to reporters at Hadya in Holenarasipur taluk on Friday (24 August), Suddharamiah admitted that he had been hoping to occupy the Chief Minister’s post after the recent Assembly elections.

He had said that “all opponents joined hands only to stop me from becoming CM for a second consecutive term”. Hinting at the possibility of new political alignments, he added politics is “not stagnant, but flowing water”.

As reported earlier, the former chief minister has been sulking ever since the Congress high command decided to unilaterally play second fiddle to the JD(S) and offer chief ministership to Siddaramaiah’s bitter rival H D Kumaraswamy. In an attempt to mollify him, he was appointed as the chairman of the coordination and monitoring committee of the coalition government.

Siddharamiah had also recently expressed doubts on the longevity of Kumaraswamy-led coalition government, hinting that its survival beyond the upcoming General Elections in 2019 would be tough.