After Successfully Launching Chandrayaan-2, ISRO To Launch ‘Aditya-L1’ Mission To Study Sun In 2020 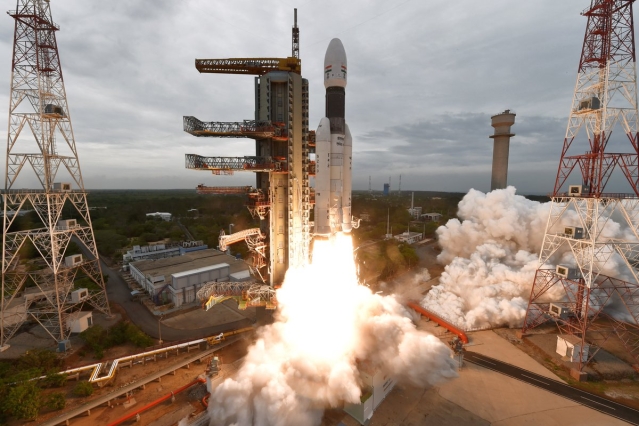 After successfully launching the Chandrayaan-2 mission aboard India’s heaviest and most powerful rocket GSLV MKIII, the Indian Space Research Organisation (ISRO) is now all set to launch a solar mission to study the Sun’s corona in the first half of 2020, reports Economic Times.

The space agency is on course to launch the mission named, ‘Aditya-L1’ which would observe and study the corona of the sun, given it is still unknown how the corona gets heated to such high temperatures. The Corona are the outer layers of the Sun which extends to thousands of kilometres.

According to ISRO chief K Sivan, Aditya-L1 will gives its analysis on corona because it has a big impact on climate change. The Aditya-L1 will be placed in an orbit 1.5 million kilometers away from the Earth so that its magnetic field does not interfere with the equipment on board the satellite.

Along with analysis of the corona of the sun, the Aditya-L1 mission would also provide observations on Sun’s photosphere and chromosphere. It’s particle payloads will also study the particle flux emanating from the sun.