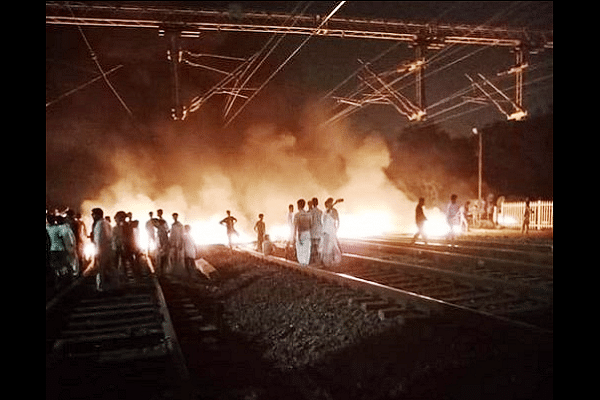 After Uttar Pradesh’s (UP) Yogi Adityanath government serves notice to almost 500 residents for causing damage to public property during the anti-Citizenship Amendment Act (CAA) protests, Indian Railways also plans to recover the damage to railway property from those involved.

According to Railway Board Chairman Vinod Kumar Yadav, Railways will mull to recover the damaged railway property worth Rs 80 crore from the people who were involved in violence during the anti-CAA protests, reported The Hindu.

“As per initial estimates, railway property worth Rs 80 crore has been damaged... we are taking stock of the situation... Damages will be recovered from those involved [in violence],” Yadav said on Monday (30 December).

He further added that law and order is a State subject and various States have taken some measures, however, Railways does not have full details on it.

Earlier the UP government released a circular, according to which, it had identified these people as anti-socials who caused damage to public and private property while taking part in anti-CAA protests in different parts of the state.

The state government will now move to seize the property of these identified 'anti-socials' and has informed the respective district magistrates.