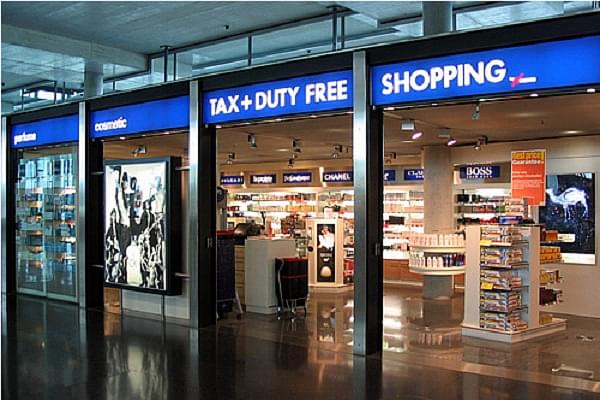 Representative image of a duty free shop at Zurich international airport. (Pic by Coolcaesar via Wikipedia)

In a recent case before the Allahabad High Court, it has been held that the Goods and Services Tax (GST) cannot be levied on goods on products at duty free stores at airports since these items never technically cross the customs border, and the passengers transport them as their personal belongings, reports The Times of India.

The case was filed as a public interest litigation (PIL) by one Ati Krishna on the grounds that the exchequer for facing losses as the GST was not being implemented at duty free shops.

A previous ruling by the Karnataka High Court had also similarly upheld the inapplicability of GST on goods at such shops, while the Madhya Pradesh High Court had taken the opposite stance stating that GST was indeed applicable.

"Applicability of GST on duty-free shops has been a perennial issue under the erstwhile VAT regime with multiple diverse rulings. The situation has not improved even under GST on account of diverse rulings by MP and Karnataka high courts. The new ruling seems to have rightly interpreted the provisions under the GST law as well as baggage rules to arrive at the conclusion which appears to be rational and in line with the legislative intent," said consulting firm KPMG partner Harpreet Singh.